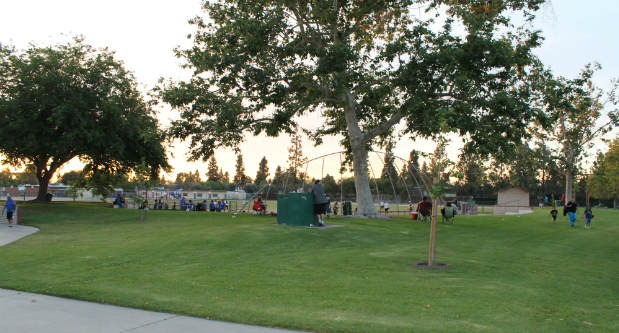 Sidhu proposed the ambitious neighborhood investment program during his inaugural State of the City speech in February – beginning with a $20 million investment in the 2019-2020 fiscal year that starts this July. Sidhu’s vision is to harness the robust tax revenues generated by economic development and tourism in Anaheim to resident-driven investment priorities. To that end, the mayor proposes partnering with Anaheim First, a resident and neighborhood based community organization.

This program is focused on resident-driven solutions that positively transform our neighborhoods — led by your neighbors in partnership with city officials, business, and community leaders. ANAHEI’M FIRST is the premier, game-changing initiative that will be implemented as part of the proposed 2030 Neighborhood Revitalization Program announced by Anaheim Mayor Harry Sidhu at his inaugural 2019 State of the City address. ANAHEI’M FIRST, in partnership with the City of Anaheim, is planning to conduct a comprehensive Anaheim Community Assessment to launch this program.

Organizationally, Anaheim First is led by a Neighborhood Leadership Council comprised of 100 residents: 15 from each of the city’s six council districts who are representative of each district’s socioeconomic and cultural makeup – plus an additional 10 members drawn from Anaheim businesses, nonprofit organizations, and community representatives.  The intent is for the Leadership Council to serve as a bridge among neighborhoods, City officials, and community stakeholders, and connect residents with “all aspects of the [2030 Neighborhood Revitalization] program, including development of significant new infrastructure, expanded police and fire services, programs to maintain a strong local economy, and continuous reinvestment to build and maintain vibrant neighborhoods citywide.”

Anaheim Community Assessment
The first order of business in this partnership would be conducting an Anaheim Community Assessment, which the organization’s website describes as “a multidisciplinary review of the districts and neighborhoods in Anaheim, leading to a comprehensive community needs assessment and strategic plan of implementation to improve the vitality and livability of the entire Anaheim community”:

The assessment will start by developing a foundation of service levels and what defines adequate service in all elements of Anaheim life. Topics will include: neighborhood livability, housing availability, public safety, assistance for those who are homeless, quality of streets and roads, parks, wildlands and open space, mobility and accessibility, commercial vitality and connectivity, recreation and leisure, programs to support local hiring and job training, and continuous investment and redevelopment to build and maintain vibrant neighborhoods citywide.

The resolution before the city council calls on the city to provide $250,000 to supplement matching private sector funding to conduct the assessment.

Anaheim’s economy generates hundreds of millions of dollars in tax revenue every year. This is a consequence of a robust local economy – and did not happen by accident. It’s the result of decades of constructive partnership between the private sector and civic leadership. One salient effect of this productive collaboration is Anaheim – unlike a growing number of its neighbors – doesn’t have to resort to tax increases to maintain public services. It has the wherewithal to embark on an ambitious program to invest a quarter of a billion dollars in its neighborhoods over the course of a decade.

Mayor Sidhu’s proposal is innovative and bold, but not without precedence in Anaheim. In the late 1950s, city leaders convened a group of 100 residents to brainstorm ideas on how the city could provide the proper quality of life to residents at a time when the city – like the rest of Orange County – was experiencing tremendous growth.

Anaheim First is a refreshing, grass-roots approach to giving citizens a more direct and impactful voice in prioritizing the city’s neighborhood investments. It isn’t political. There are no partisan or ideological litmus tests to becoming involved in Anaheim First. Improving neighborhoods, parks, libraries and services for youth, seniors and families isn’t partisan.

Anaheim First isn’t about telling other people what to do, or using city government to impose a particular agenda. It’s about empowering Anaheim residents, giving them a say in how their city government allocates and invest the public’s money in the legitimate ends of local government: civic upkeep, infrastructure, community services, quality of life and neighborhood vitality. It’s driven by residents of all stripes and walks of life who care enough to step up and work to improve their neighborhoods and city. This is the kind of public-private partnership that has been a hallmark of Anaheim’s forward progress over the decades, and promises to be a productive collaboration that will yield positive results for the people of Anaheim.