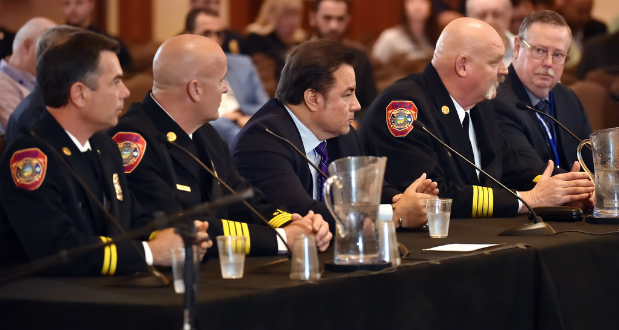 From Behind the Badge:

Anaheim Fire & Rescue is known as a leader among fire agencies.

The department has a reputation for innovation, excellence, and serving a dynamic community.

AF&R officials earned that prestige by constantly examining their resources, strategies, and efficiency to keep the department at its best to serve citizens – and being accredited by the Commission on Fire Accreditation International just proves the department’s dedication to remaining a first-rate agency.

“I think Anaheim is a great department going into this process and I think this is just something that makes us that much better,” Division Chief Alan Long said. 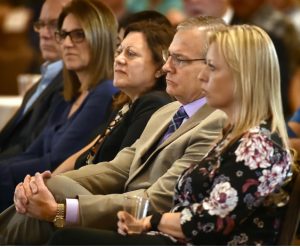 Getting accredited in 2014 was a long and grueling process involving deep dives into every single aspect of the agency, set in motion by former Chief Randy Bruegman more than eight years ago. The results of Anaheim Fire & Rescue’s analysis then were dissected and examined by officials from around the nation whose job was to uncover weak spots in Anaheim’s methods.

In the end, Anaheim Fire & Rescue received the prize: accreditation.

But AF&R officials didn’t get to relax once they achieved the goal. The commission requires agencies to reapply every five years to maintain accreditation.

In March, Anaheim Fire & Rescue did just that, for the first time.

The department’s top brass and team leader/City of Fairfax Fire Chief John O’Neal of Virginia sat before a 12-person international panel to request re-accreditation on March 12.