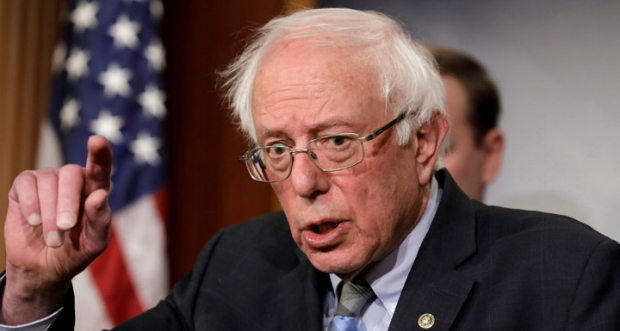 Disney is a favorite pinata for leftist politicians – be they local or national. Last week, Bernie Sanders was once again whacking Disney – although he’s not really at it “again” since attacking successful companies that create opportunity and wealth for millions of Americans is his life mission.

What would be truly heroic is if Disney used its profits from Avengers to pay all of its workers a middle class wage, instead of paying its CEO Bob Iger $65.6 million – over 1,400 times as much as the average worker at Disney makes. https://t.co/NrcFSk4LZc

This is pure demagoguery.  What, in Sander’s opinion, is a “middle class wage”? That would be useful information, but Sanders never provides it. What is the “right” ratio for Iger’s compensation vis-a-vis the average Disneyland cast member? 100 times? 1,000? 50 times?

Details, shmetails. It’s much easier to stoke class envy and division and bash away at people who are successful at creating value and opportunity and real wealth for others.

Sanders misses the obvious: Bob Iger makes a lot of money because he has been singularly successful at making a lot more money for Disney employees (and their families) and Disney shareholders. He has helped build a company that is a ladder of upward mobility for its employees.

Disney pays its cast members more than twice the federal minimum wage. A non-union seasonal cast member fresh out of high school starts out at $15.75 an hour. Under Iger, it launched the Disney Aspire program: Disneyland cast members can pursue a college degree, specialized education, a GED or other educational goal, and Disney pays for their tuition, books and associated costs – with no obligation to stay with the company.

Plus, Disney has a tradition of nurturing internal talent and promoting from within and those opportunities to rise only expand as Disney prospers under Iger’s leadership.

It has been especially good for public employee pension systems that are hard-pressed to make good on their pension promises.

This particularly true in comparison to the “socially responsible investment” policies: when pension funds like CalPERS invest their members’ monies into feel-good “Environmental, Social, Governance” initiatives that our yield poor (if any) returns. Leftists like Bernie Sanders love the “socially responsible investing.” Public employees – not so much.  Last year, Priya Mathur was ousted as president of the CalPERS Board from her seat by a Corona police officer Jason Perez, who campaigned against her advocacy for ESG investments – such as divesting CalPERS’ ownership of stock in firearms retailers and wholesalers. Perez said pursuing “environmental, social, and governance investing priorities, regardless of the investment risk” put CalPERS members’ retirement security at risk.  Perez’ platform was simple: the job of the CalPERS Board is to obtain the highest returns possible for their members.

Iger’s compensation is enormously larger than that of nearly every American. On the other hand, few people could have pulled off the acquisitions of Fox, Pixar, Marvel and LucasFilms – and other signature accomplishments that have created thousands of good jobs and opened the door to advancement to thousands more – not to mention enriching the investment and retirement holdings of tens of millions of working and retired Americans.

Ultimately, Bob Iger’s success has been a net positive for the people of this country.