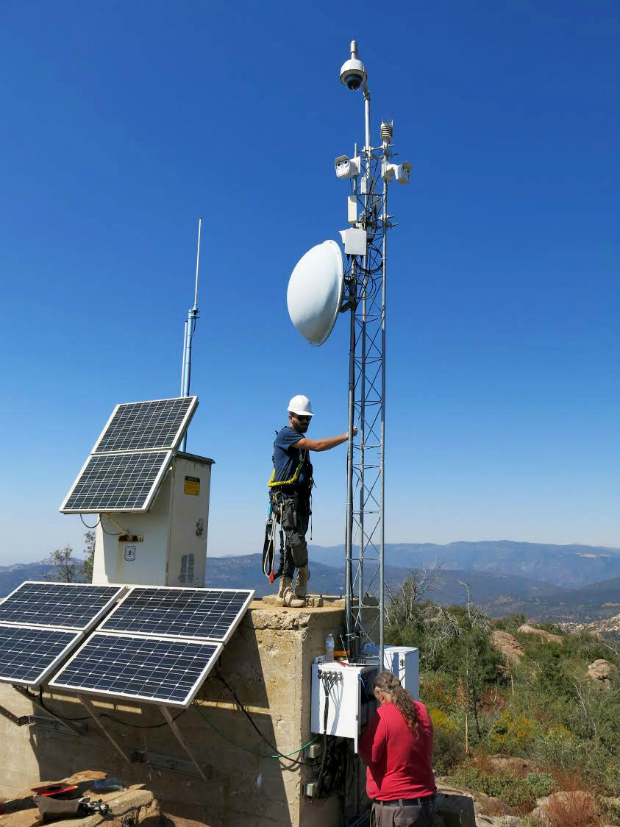 The Canyon 2 in 2017 hit Anaheim Hills hard, burning more than 9,000 acres and damaging 25 homes. The ensuing investigation revealed that delayed OC Fire Authority response to initial reports of the fire enabled its spread.

The city will enter an agreement with UC San Diego and trhe Scripps Institution of Oceanograpy under which UCSD-Scripps will provide and install the camera equipment free of charge. Anaheim Fire & Rescue (AFR) will also be given access to the UCSD-Scripps regional network of fire cameras for fire monitoring.

AFR will be able to remotely operate the cameras, enabling the speedier verification of a fire in real time. This way, Anaheim Fire & Rescue can more rapidly confirm 911 reports of a fire using the cameras, and then use that confirmation to deploy necessary fire suppression resources.

According to the staff report, “The first four locations will include two high resolution cameras each, and will be provided to the City at no cost. The cameras will have Panoramic-Tilt-Zoom (PTZ) with infrared capabilities. To protect privacy, UCSD-Scripps has incorporated software that will have visual blocking, a technique where the pixels are blurred so that the resolution of structures is limited.”

“These cameras – this is something that I campaigned on and am so happy to see this coming,” said District 6 Councilman Trevor O’Neil, who represents Anaheim Hills.  “These cameras will give us the ability to visually verify where smoke is emanating from in high fire areas in the Hills so we can dispatch crews to hopefully prevent similar situations from the Canyon Fire 2 from happening.”