Posted by: Matthew Cunningham in Community, Government & Politics May 23, 2019 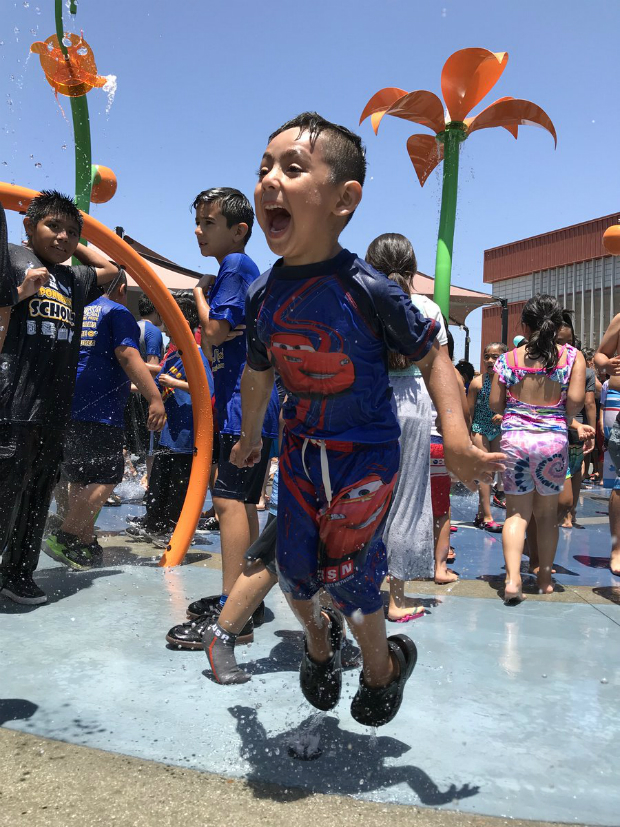 Anaheim jumped up 11 places from last year in the annual ParkScore Index released by the Trust for Public Lands (TPL).  The index ranks park systems in the 100 largest U.S. cities, and Anaheim moved up to 57th place.

Park access: the percentage of residents living within a 10-minute walk of a park

Park acreage: a city’s median park size and the percentage of city area dedicated to parks

According to TPL, “Anaheim’s 11-place improvement over last year was the result of new splashpad openings and improvements to other park amenities, including playgrounds. Anaheim also benefitted from its large median park size of 8.3 acres.”

The City of Anaheim was pleased at moving up the rankings so significantly.

“Parks have been a top priority for me as a lifelong Anaheim resident and member of the city council,” said District 5 Councilman Steve Faessel.  “Initiating a Parks Strategic Plan was one of my first acts as a councilmember. I’m pleased by our progress, and look forward to making Anaheim parks better than ever.”

“Parks have been a major focus for us for the past few years and remain a top priority, so it’s great to see that reflected in this index,” said city spokesman Mike Lyster. “Parks are one of the most important things we do as a city. The lives of our residents play out in our parks, with birthday celebrations, weekend sports and as open space for neighborhoods.”

“Across Anaheim, we have added new parks, including dog parks and skate parks, and improved existing parks with new playgrounds, exercise equipment and walking trails as well as renewed sports fields and renovated bathrooms,” Lyster continued.

Lyster noted just a few of the park improvements on the immediate horizon.

“Coming up, we’re looking at enhancing La Palma Park, adding a dog park to Maxwell Park and, next month, opening of a new section of Anaheim Coves along the Santa Ana River.”

Adding, expanding and improving parks comes down to funding. The capital improvements in park creation and improvements are typically funded by grants, along with general fund monies. Funding for staffing and maintaining Anaheim’s parks comes from the city’s general fund – 60% of which is comprised of revenue generated by the Resort Area.

According to Lyster, “The revenue we see every year from the Anaheim Resort more than covers our entire budget for the staffing, upkeep and maintenance of 63 parks and 11 community centers.”