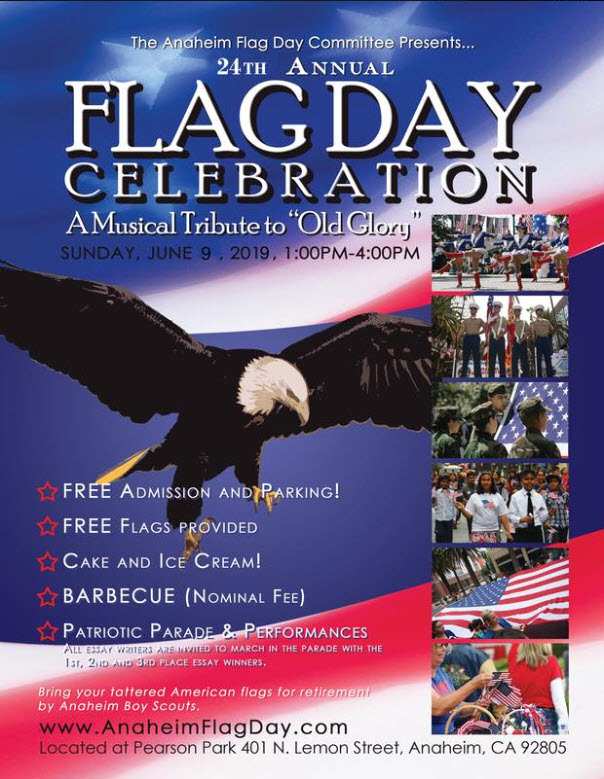 Festivities include a patriotic parade and performances, a barbecue, and cake and ice cream.

The Marine Corps Band will perform a special pre-show starting at 12:30 pm. The parade kicks off at 1:00 p.m., with additional festivities taking place at Pearson Park after the parade.

The celebration will include special recognition of WWII military veterans and recognition of the “What the American Flag means to me” essay contest winner.

For more information, go to www.AnaheimFlagDay.com