If you asked people to list the attributes of good parenting, it’s unlikely anyone cite rent control advocacy.

Don’t tell that to OCCORD, the social justice advocacy and community organizing group with a $1.5 million annual budget.

At the political rally it organized at Katella High School last month, the progressive lobbying group passed out this flyer: 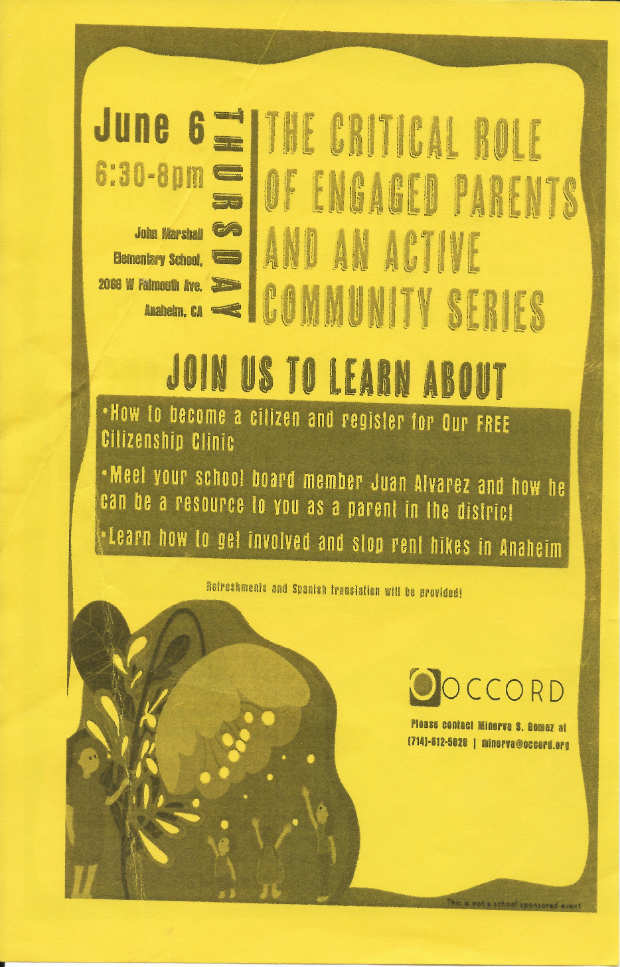 Apparently, being an “engaged parent” means advocating for rent control in Anaheim – not to mention being recruited as a supporter of AESD Trustee Juan Alvarez, a teachers union officer and political ally of OCCORD and Councilman Jose F. Moreno – the sponsor to the rent control ordinance on tonight’s Anaheim City Council agenda.

For one thing, this flyer illustrates how thoroughly politics saturates everything progressive community groups like OCCORD or OCCCO-PICO do.

Most people live their lives in distinct spheres: work, family life, recreation, social life, school, etc. To the extent they think about politics, it occupies its own sphere, even as it touches on the others.

For progressive activists like those who staff and support groups like OCCORD, everything is political; every action is a means to a political end. So even a meeting on being an “engaged parent” is bent towards progressive politics and political ends.

OCCORD also passed out these “Save The Date” flyers urging people to attend tonight’s Anaheim City Council meeting, and employing their illogical linkage of apartment rents and Angel Stadium rent: 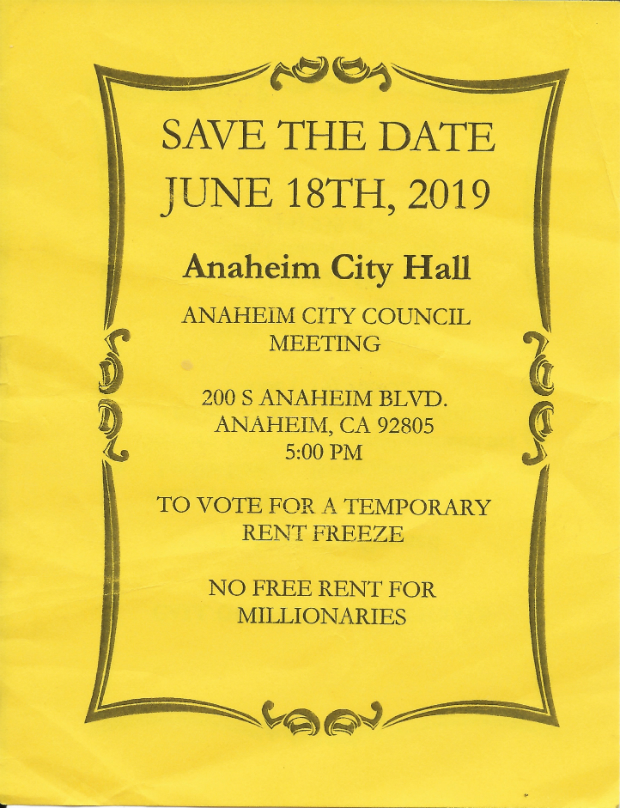 On the back side was a call to action, urging people to call or e-mail members of the city council in support of rent control: 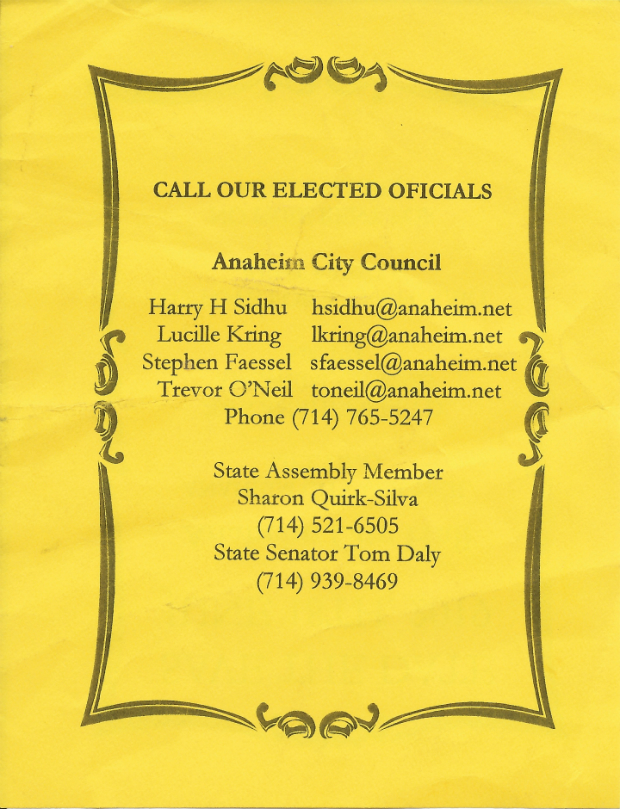 It’s worth noting that District 1 Councilmember Denise Barnes is missing from the list of councilmembers who need to be lobbied – probably because she supported Moreno in agendizing his rent control ordinance and spoke in support of rent control at the OCCORD/UNITE-HERE political rally last month.

In 2016, conservative donor Howard Ahmanson spent more than $70,000 to elect Denise Barnes. The long-time foe of government interference in the marketplace might be surprised to discover that he succeeded in doing was electing a rent control advocate to the city council of Orange County’s largest city. Orange County’s organized Left sends its thanks.