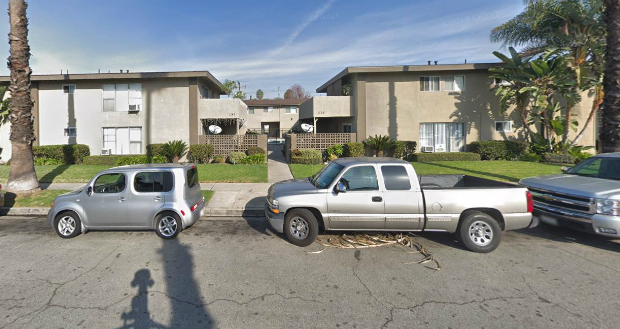 Rent control is back on the Anaheim City Council agenda this evening.

At the beginning of May, residents of the 19-unit Casa Grande apartments in south Anaheim received a 60-day notice of large rent increases – some as large of 50%. District 3 Councilman Jose F. Moreno took this opportunity to seeking to impose a six-month rent control ordinance on all apartments (to the extent permitted under state law) limiting rent increases to 5%. His proposed ordinances will be on tonight’s council agenda. Moreno allies among progressive-Left unions and advocacy groups have spent the last several weeks organizing to turn out bodies at tonight’s meeting.

Moreno’s rent control proposal is a bad public policy on a number of levels.

It Doesn’t Solve The Problem
Rising rents are a matter of supply and demand. When the latter outstrips the former, prices rise. Freezing prices doesn’t generate more supply.

Decades of progressive policies enacted by Sacramento have made it exceedingly costly in money and time to build housing of any kind. State government makes it too expensive to build affordable housing.

According to the nonpartisan Legislative Analyst’s Office, a “substantial expansion of rent control in California could result in economic effects more dramatic than those suggested by research on rent control to date, including significant reductions in construction of new housing.”

A Stanford University study found rent control significantly crimps the rental housing supply by 15% as property owners look to other ways of earning a return. such as condo conversions, becoming owner-occupied units or redeveloping buildings for other land uses.

It Stagnates The Housing Supply
Like any market, the affordable housing market requires dynamism to meet the needs of the public. Instead, rent control produces stasis. Those living in rent-controlled apartments have little incentive to leave, depressing the supply of available affordable housing. Landlords have little incentive to maintain or upgrades their properties, leading to slum-ification.

Rent Control Does Not Reduce Homelessness
A canard used by Moreno, Councilwoman Denise Barnes and other rent control advocates is that without rent control, rising rents will force people into homelessness. This doesn’t pass the reality test. Indeed, homelessness is worse in cities like Los Angeles, San Francisco and Santa Monica where rent control is most prevalent.

Rent Control Legislation Is Causing Rent Gouging
While Moreno points to the Casa Grande apartments as the reason for a rent control ordinance, the tragic irony is it is rent control legislation – pushed by his ideological soulmates in Sacramento – that caused the rent hikes at Casa Grande.

For many years, Casa Grande residents paid rents far below market value. The Casa Grande owners were the type of landlords liberals lionize: a mom-and-pop operation that rarely raises rents on their working-class tenants. The landlords have been so reluctant to burden their tenants that they financed repairs and facility improvements by taking out loans rather than raising rents.

Owning an apartment is a business, and the downside of not operating a business in a business-like fashion is you undermine its long-term viability. That was the situation facing the Casa Grande apartment owners: the reality is they needed to get their rents nearer to market in order for it to remain a viable operation.

They would have preferred doing so in a gradual manner; there’s no reason to doubt that given their history of minimal rent increases.

However, when it looked like rent control legislation would make it through the legislature, the owners reluctantly accepted the reality that they had to get to market rate rents soon or else be locked into charging rents so far below market that it jeopardized the long-term viability of their business.

The tragic irony of this situation: the root cause of the Casa Grand rent increases was the rent control frenzy in Sacramento.  The impending rent control legislation would punish apartments owners like Casa Grande’s for charging below-market rates. When they respond rationally to the political environment in Sacramento by getting rents to market levels as quickly as possible, their renters are punished.

In other words, rent control mania in the state legislature harms both renters and “good” landlords. The Law of Unintended Consequences in action.

And Moreno’s response is to double down on failure.

Keep in mind the owners of Casa Grande are themselves elderly immigrants ranging in age from 75 to their early nineties. For one of the owner couples, Social Security and their share of the rental revenue constitute their only income. Conveniently, Moreno and his allies ignore that other human dimension to this issue.

The “Breathing Space” Con
Councilman Moreno says his rent control measure will “allow our residents who rent in Anaheim over 55% of our residents a chance to breathe while we debate permanent solutions.”

Rent control has been tried, studied, debated and fought over for decades. What heretofore undiscovered “permanent solution” does Moreno believe will emerge during the next six months?

Moreno spent the better part of 2017 holding meetings of his affordable housing task force and came up with nothing that hasn’t already been debated and discussed for decades (he expressed his preference for rent control and affordable housing set-asides). What policy innovation does he think will present itself during the next six months?

This is a cynical political ploy by Moreno for the benefit of his political ambitions and the political operation he is building. 55% of Anaheim residents are not being hit with “extreme rent increases.” But impose a 5% rent increase limit city-wide and Moreno has increased his political constituency by orders of magnitude. The “temporary” nature of the rent control ordinance wouldn’t matter: Anaheim would suddenly have a new entitlement, one worth protecting with their votes.

That is what this exercise is about: taking unfortunate but relatively unique circumstances and trying to exploit them for political gain in the 2020 elections.