Anaheim City Council Votes Down Rent Control, Saying It Will Not Solve Affordability 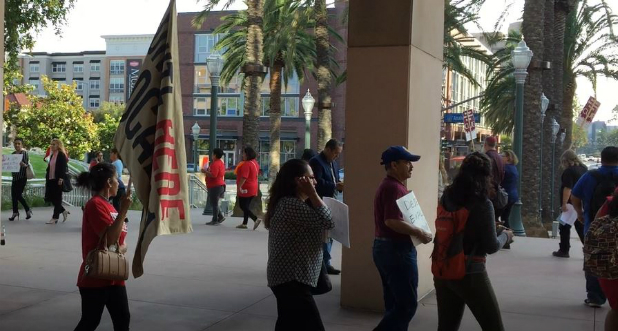 Barnes’ vote came as a surprise to some. The Republican from District 1 styles herself an opponent of government intervention in the marketplace. During her comments, however, Barnes echoed progressive rationales to support imposing government price controls on Anaheim apartments built prior to 1995 (the extent allowed under state law).

“When a landlord raises rents in an irresponsible manner, the city is duty-bound to act,” Barnes said. “It is when this arrangement becomes unbalanced, like what we have seen at the Casa Grande Apartments, that the action by these landlords needs to be addressed.”

Moreno’s proposal to impose rent control city-wide came after the owners of the 18-unit Casa Grande Apartments in south Anaheim gave tenants 60-day notice of a large rent increase – in one case almost 50%. Other than Casa Grande, Moreno and Barnes provided little evidence of the “rent spiking” in Anaheim the rent control ordinance is purported to prevent.

The Casa Grande Apartments is owned by a group of elderly immigrants ranging in age from 75 to early 90s. They pooled their savings and purchased the nearly 60-year old building in 1990. Rental income is their only income other than Social Security. They have typically only raised rents $5 to $30 a year, which is why their tenants were paying rents far below market value.

The Casa Grande owners opted for the large rent increase in response to rent control legislation making its way through state government that would lock them into these significantly below-market rents in perpetuity, threatening the long-term business viability of their property.

“These increases were relatively large, however the large percentage increase is due to how low the rent had been for so many years compared to market rents in the area,” said Ottke.

Ottke countered Councilwoman Barnes’ claim that the Casa Grande owners were acting in an “irresponsible” and “unbalanced” manner.

“Casa Grande recently found itself in a difficult financial position following increased costs over the nearly 30-year ownership of the property,” said Ottke, noting the minimal rent increases during that time.

Regular, prompt repairs and even a good number of renovations contributed to a property that received commendation letters from the City of Anaheim for its level of upkeep, but at a cost that was simply too much over the years given the stagnant rent.”

Under the new rent structure, rents at Casa Grande range from $1,100 for a 650 square foot studio apartment to $1,900 for a 900 square-foot, two-bedroom unit. The amenities include a pool, onsite laundry and at least one parking space for unit.

Ottke noted that the new, higher rents are still 10% below-market.

Moreno asked the council to approve his rent control ordinance in order to prevent the displacement of Casa Grande residents. However, according to Ottke, residents of 16 of the 19 units have already signed leases at the new rents.

Neither Moreno nor Barnes acknowledged any of these facts even as they claimed the rent control ordinance was necessary to prevent Casa Grande residents from being pushed into homelessness.

According to Ottke, neither councilmember had spoken to him or the owners about the situation at Casa Grande.

District 2 Councilman Jordan Brandman reiterated his philosophical and practical opposition to rent control, while noting this was “a hard issue.” He also said that if Senator Tom Umberg’s SB 248 – a major increase in the renter tax credit – becomes law, he will push for the city to enact a matching grant program.

She also noted that San Francisco – where the consequence of rent control has been gentrification and scarce vacancies, while having no impact on its ballooning homeless population – is moving away from rent control.

“We have a lot of old apartments in this city,” said Kring, explaining that rent control will make it financially difficult for property owners to pay for needed maintenance, renovations and repairs.

“You’re going to end up with those apartments looking terrible, and some of them may even become slums,” said Kring.

“If you put rent control in, you will automatically, overnight, stop construction of new apartments,” the mayor pro tem said.

No one was really surprised when the council voted 5-2 to reject the Moreno/Barnes rent control proposal. The five councilmembers who voted no had already stated publicly on several occasions their opposition to rent control on philosophical and empirical grounds.  Most observers agree the rent control measure is part of an effort by left-wing political interests to lay the groundwork for a campaign to elect a progressive-union council majority in 2020.