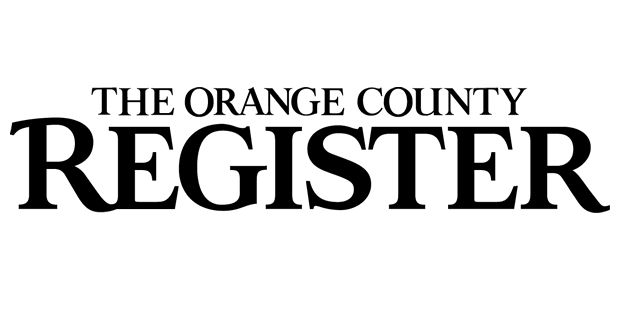 An OC Register editorial from last week criticized the City of Anaheim’s recently approved contract with the Anaheim Chamber of Commerce, under which the city renewed its traditional, long-standing partnership with the Chamber to promote economic development in Anaheim.  The editorial attempts to contrast it unfavorably with the city council’s mid-2000s approach – praised as a time when “Anaheim made headlines for its ‘freedom friendly’ governance approach. Officials then focused n reducing regulations rather than picking winners and losers.”

The editorial’s author needs to brush up on his or her history. In the mid-2000s, the same Anaheim City Council embraced the public-private partnership approach the Register now denounces – it was part and parcel of the council majority’s “freedom friendly” model of governance.

The editorial’s recounting of that era suffers from historical amnesia.

The OCR is correct the Anaheim Chamber of Commerce supported Harry Sidhu’s mayoral candidacy (factually, it was the Chamber’s Political Action Committee). After all, Chambers of Commerce – in Anaheim, as in other cities – exist to promote commerce: economic growth, job creation, economic opportunity, business formation. Sidhu’s political philosophy is aligned with those things.

The OCR editorialist’s indignant pose might carry more weight were it not for the editorial page’s poor record defending economic opportunity in Anaheim.

The OC Register styles itself as favoring property rights, deregulation and lower taxes.

Yet, in last year’s election, it passed over the candidate who shared those positions – Harry Sidhu – in favor of Ashleigh Aitken, a progressive Democrat who embraces the progressive-Left economic agenda the OCR opposes.

Furthermore, it’s difficult to give weight to OC Register hand-wringing given its utter silence during the recent assault on property rights in Anaheim? A coalition of left-wing unions and progressive activists, led by Councilman Jose F. Moreno, is pushing aggressively for citywide rent control. Moreno agendized a mobile home park rent control measure in April, and in June placed a similar ordinance aimed at apartments on the council agenda.

These counter-productive abridgments of property rights were rejected by the same council majority the OC Register now disparages.

Where was the OC Register editorial page during this fight? Totally AWOL. Not a single editorial defending the efficacy of the housing free market against statist price controls. Completely mute.

Perhaps the OC Register editorial board was embarrassed it had endorsed the sponsor of these rent control measures, Councilman Moreno, for re-election last year.

Rather than wasting space criticizing an economic development partnership of the type that is common between cities and chambers, the OC Register editorial page’s energy would be more profitably directed at policy fronts that matter – such as educating readers on the pernicious impacts of rent control.

The OCR editorial page might also re-consider it reflexive criticism of Anaheim’s traditional, public-private partnership approach to economic development. The Anaheim Resort, California Adventure, Downtown Disney, Star Wars: Galaxy’s Edge, three new 4-diamond hotels, and the enormous tax revenues they have deposited into the city treasury – those are the fruits of that economic development strategy. Anaheim has a balanced budget and a lower sales tax rate than most of its neighboring cities. Resort-fueled Transient Occupancy Tax revenues are the city’s largest funding stream – a revenue source that continues to grow even as sales tax revenue level off or decline.

None of that happened by accident. These are the predictable results of a deliberate economic development strategy. It’s a strategy that several candidates endorsed by the Register in recent years want to alter or reverse, in favor of statist policies.

With that in mind. as the November 2020 elections approach, the OCR should consider endorsing candidates who share – rather than oppose – its pro-market philosophy.