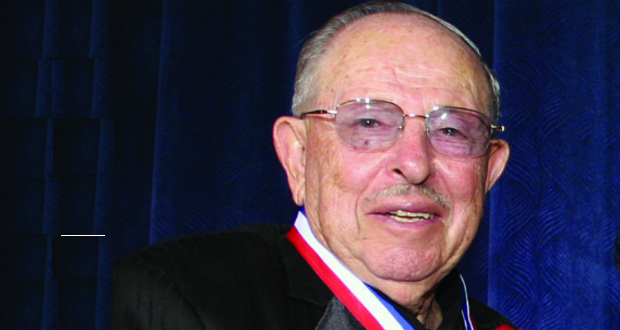 Former Anaheim Councilman Irv Pickler passed away on July 17.  He was 98.

Public and community service was a hallmark of Pickler’s life. Pickler served for 12 years on the Anaheim City Council, from 1982 to 1994, and was an elected trustee on the Anaheim High School District Board of Education during the 1960s. He also served as a member of the Orange County Planning Commission, as well as a stint as Anaheim’s representative on the Orange County Water District after his council service. 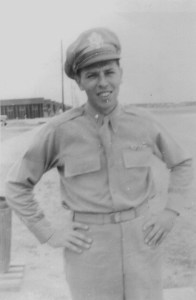 Pickler was a patriot who fought in World War II as a bombardier with the US Army Air Forces. He flew an astounding 35 missions over Nazi Germany with the 8th Air Force – one of the most hazardous duties of the war, with high casualty rates. He was awarded the Air Medla with five Oak Leaf Clusters, and the European–African–Middle Eastern Campaign Medal with three Bronze Stars. Pickler returned to the United States on V-E Day as a 1st Lieutenant.

His friend and mentee, District 5 Councilman Steve Faessel wrote this heartfelt tribute to one of the men who helped build modern Anaheim:

Anaheim lost a well loved community leader last week with the passing of my long time friend, Irv Pickler. Irv lived in Anaheim since 1956, raising his family of three sons and two daughters. Always a community minded individual, early on he immersed himself into local leadership positions such as the County of Orange Planning Commission and later as a member of the Anaheim High School District Board, a position at which he voted to partner with the City of Anaheim in the early 1960’s to facilitate the bond sales for the original construction of the Anaheim Convention Center.

He was elected to the Anaheim City Council in 1982 and served for 12 years. That’s during the time that Susan and I got to know him as we both were becoming more active civically in my hometown.

Irv was “Anaheim’s Favorite Democrat” but was respected by both sides of the aisle as he always tried to find a solution to every issue that most, if not all, could agree on. Like my friends the Feldhaus’s and the Dutton’s, and Tom Daly and Lou Correa, they all at one time or another encouraged me to find ways to support my town, either in serving on non-profits, a Board or Commission or eventually a run for City Council. Irv taught me the importance of considering both sides of an issue.

Irv loved Anaheim, it’s as simple as that; people loved him. On his 90th birthday, Susan and I joined 500 of his closest friends in his celebration.

While we may not have always agreed on every policy decision either then or now, Irv always appreciated the commitment to the community, regardless how a decision may have turned out.

He was a 50 year member of the Kiwanis Club of Greater Anaheim and always attended the Thursday morning meetings. One of the club’s longtime fundraisers is selling cases of great Washington apples. Irv was the club’s champ. Once someone bought a couple of cases (Irv never let you buy one), you were NEVER off his list, God Bless ‘em.

His wife Betty fell ill later in their marriage and Irv insisted that she stay at home and on top of all his civic and family commitments, he cared for her every day for almost two decades. When he committed to something, he stuck with it and saw it through.

I’ll miss him, as I do Frank Feldhaus, Jack Dutton and Miriam Kaywood. All of these Anaheim leaders of a past era left a mark on my Anaheim. (Mayor Charlie Pearson was a neighbor when I was a kid, I “Trick or Treated” at his home, he always had great candy!)

Irv’s back with Betty now, watching over their children, grandchildren and great-grandchildren, 24 in all; maybe he is looking after a few current electeds like myself too, I hope so. Thank you Irv.

Requiescat in Pacem, Irv Pickler. Eternal rest grant to him, O Lord; and let light perpetual shine upon him.