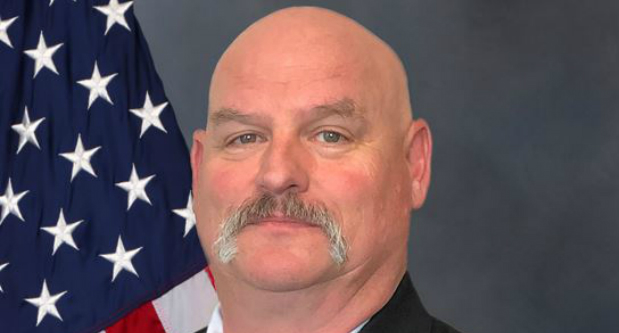 Pat Russell, a 35-year fire service veteran including eight years as a deputy chief in Anaheim, has been named the next chief of Anaheim Fire & Rescue.

Russell will be the 18th chief in Anaheim Fire & Rescue’s 136-year history. As chief, he will lead Orange County’s largest city fire department and oversee 276 employees, including 210 sworn firefighters.

With extensive fire command knowledge and leadership experience, Russell has served as the department’s interim chief since December 2018, taking over for retired Chief Randy Bruegman. Before that, Russell served eight years as deputy chief in the operations division of Anaheim Fire & Rescue.

Russell has spent the majority of his career with Anaheim Fire & Rescue, joining the department as a firefighter and paramedic in 1990.

“One of my proudest moments was when I became an Anaheim firefighter,” Russell said. “I am committed to working with with the amazing men and women of this department to continue the great service Anaheim Fire & Rescue provides to the community.”

During his time in Anaheim, Russell has been an integral part of major firefighting efforts in our city, including serving as incident commander during Canyon Fire 2 in October 2017 and as operations chief on Canyon Fire 1 in September 2017.

A leader in the wildfire response efforts in California, Russell also served on the Thomas Fire in Ventura and Santa Barbara.

He also has managed Anaheim Fire & Rescue’s budget, secured millions of dollars in federal grants and negotiated a new contract for emergency medical services that will save the department money and resources.

Under his leadership, Anaheim Fire & Rescue achieved a Class 1 certification, the highest grade given by the Insurance Services Office, an organization that independently evaluates municipal fire protection efforts for cities across the country.