Democrat Registration In Orange County Will Surpass The GOP Today

August 5 marked the last night in who knows how long that Orange County residents went to sleep in a red county. The Republican Party will almost certainly lose its voter registration advantage in Orange County today for the first time since the Democrats their post-Watergate advantage in 1978.

According to the OC Registrar of Voters’ weekly Report of Registration (ROR) posted yesterday at 5:21 p.m. there were only 9 more registered Republicans than Democrats in OC:

To illustrate how quickly the registration landscape is changing, the ROR published two hours earlier had the GOP advantage at 23 votes.

Last year, Democrat candidates swept the every congressional race in Orange County, and have continued building on that success. Ample funding for voter registration efforts combined with the excitement of a large Democratic presidential field battling for the right to run against President Donald Trump buoy voter registration efforts – and aided by the Democrat-authored “Motor Voter” law that automatically registers people to vote unless they affirmatively decline to do so.

Still, the reality of what we’ve been seeing is an erosion of Republican registration more than a Democrat surge.  The change in partisan balance is a relative one – the other major factor being the explosion in No Party Preference registrations. It’s more de-alignment than re-alignment.

The Republican registration position in Anaheim continues to deteriorate, as the GOP is close to becoming the “third party” behind No Party Preference (NPP):

Republicans are in third place behind NPPs in every council district save heavily-GOP District 6. Three of those districts – 1, 4 and 5 – are on the November 2020 ballot. 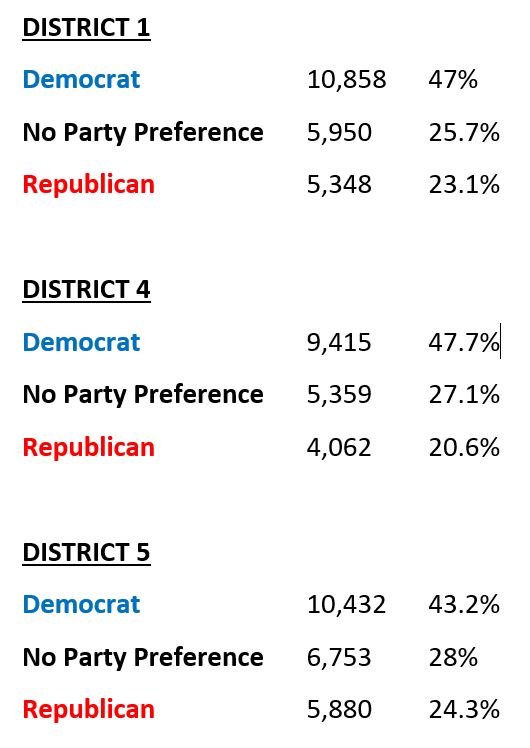 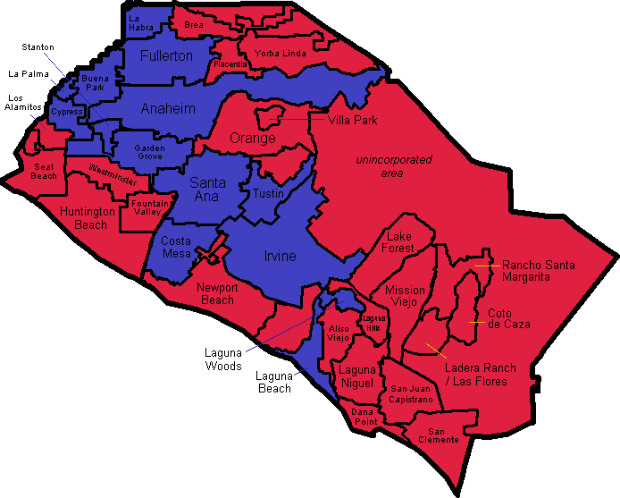 August 6, 2019 marks a day that Democrats have been eagerly awaiting and Republicans have been dreading, for today marks the day that the Democrats have surpassed the Republicans to gain a plurality of voter registration in Orange County for the first time since Watergate.  While each party still holds 34% of the electorate with No Party Preference Voters (independents) at 27% and third parties collectively holding 5%, there are now more registered Democrats than registered Republicans in Orange County for the first time in over 40 years.

Aliso Viejo is likely next to flip, with Republicans holding a razor-thin 0.5% voter registration advantage there.

In the three largest cities in the County:

You can read the rest of the post here.