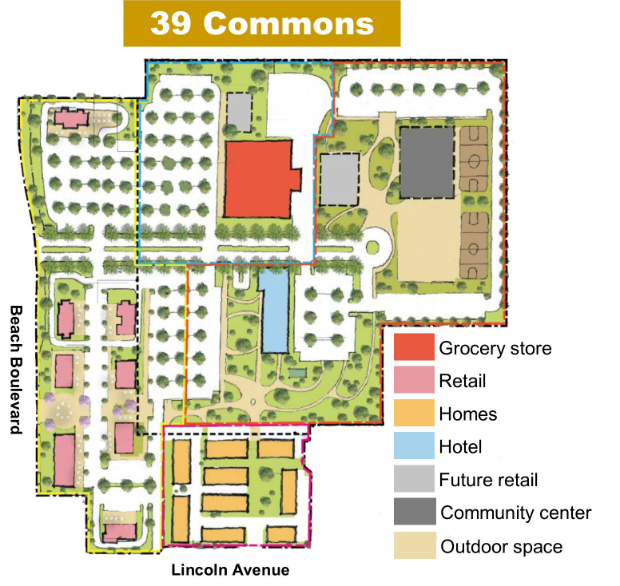 39 Commons is a joint venture of Irvine-based Greenlaw Partners and Los Angeles-based Zelman Development Co. and involves purchase of a city-owned 30-acre parcel at the northeast corner of Beach Boulevard and Lincoln Avenue and developing it as a shopping center, homes and community space.

“Tonight is an exciting day for West Anaheim. It’s been long overdue,” said Mayor Harry Sidhu, who has made moving this project forward rapidly a top priority.

“I believe that by getting started on Phase 1 for this project – the retail center and the first batch of new housing – will be the catalyst to really light the spark to get West Anaheim going again,” said Sidhu.

A number of West Anaheim residents spoke in support of the project.

“It’s really important that this gets started,” said West Anaheim neighborhood activist Jodie Mosely. “I’m very supportive of it because I live in West Anaheim.”

Mosely referenced West Anaheim residents frustration that the revitalization taking hold along the Beach Boulevard corridor has been bypassing their area.

“We’re really, really happy that this is going to be moving forward,” Mosely told the city council.

39 Commons will include a high-end grocery store as large as 35,000 square feet, and 38,100 square feet of shops, restaurants and services, and possibly a hotel.

The project will also include outdoor community spaces.

The developer is purchasing 12 of the acres from the city for $5.6 million. These acres form an L-shaped parcel along Beach and Lincoln, and include the residential and retail components.

The high-end grocery store will be located on the leased portion.

The development agreement contains additional revenue streams for the city. The rent percentage increases if the developer hits certain profit milestones. If the developer buys the leased land, the city gets 5% of the gross profit above the initial lease value.

In order to ensure the project is built out in a timely fashion, the development agreement requires 39 Commons to:

If the developer is unable to sign a grocery store acceptable to the city by the aforementioned deadline, the city takes back the leased land and keeps the $1.3 million deposit.

The project will create 400 jobs during construction and another 108 full-time positions after the shopping center pens, and generate an estimated $2.8 million in sales and property tax revenue for the city over 25 years.

Long Road To Realizing Development Plans
It’s been a long and winding road for plans to develop this site, most of which was once a landfill and owned by Anaheim’s redevelopment agency. Development efforts date back to 2002, actual development has been delayed by years of remediation, and then by the turmoil created when the state dissolved RDA and took their funding – as well as changing market conditions. 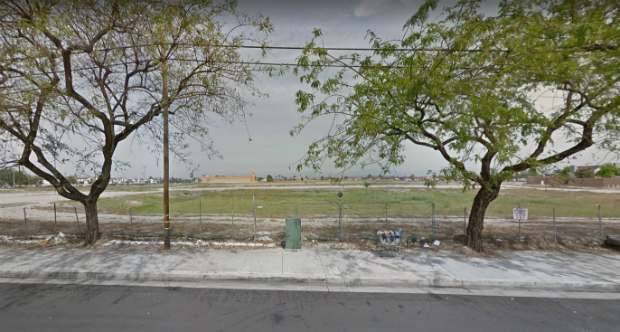 “We want this done as fast as possible. We’ve waited a long time,” said District 2 resident David Klawe. “We want West Anaheim to be a better place. We want it to be a place where people come visit us, instead of us going to other places.”

“It’s been a dream come true,” said Mayor Pro Tem Lucille Kring, commenting on how West Anaheim residents had waited years for the development of this site.

“The residents on the westside have been begging us to beautify this corner, and we’re going to do it tonight West Anaheim” said Kring. “It’s going to be much better than the original project that was here twenty years ago.”