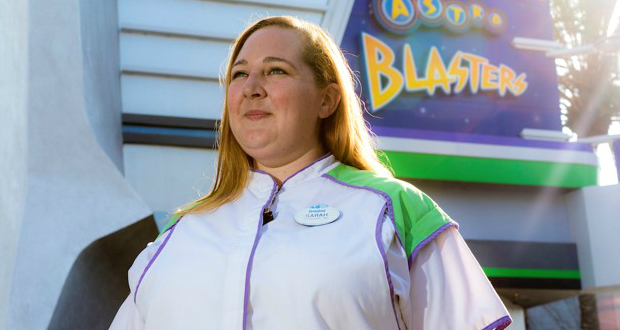 Program Overview
As a reminder, Disney pays 100% tuition upfront at network schools, and books or other required program fees are reimbursable. Disney Aspire is a $150 million investment over five years, with a continued annual investment after that.

• Over 90,000 cast members are eligible for Disney Aspire.
• Over 40% of those eligible have signed up
• Over 8000 total students served or have enrolled

Since Launch…
Since the launch of Disney Aspire, we have added five schools to the network, including University of Florida, Valencia College, UCF, Rosetta Stone, and most recently, the University of Arizona. Additionally, the number of programs and degrees added since the launch has doubled, including those added due to employee feedback like nursing and more Master’s degree offerings.

This has become a key attractor of eligible talent, and candidates have identified Disney Aspire as a top reason for applying to a position at The Walt Disney Company since launch. 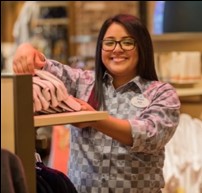 Adi Alegria, a Merchandise Cast Member at Disneyland Resort is dedicated to
helping keep the World of Disney store in ship-shape for guests searching for some extra magic during their visit. And with Disney Aspire, a groundbreaking education investment program for hourly cast members, Adi is now working to create magic for herself by pursuing her Master’s degree. “When Disney Aspire rolled out, I realized that this was my ticket, not just to further myself and my education but also a way to further my career at the Disneyland Resort.” Now enrolled in a Master’s program in Communications Management with the University of Denver, Adi is well on her way to her educational dreams. 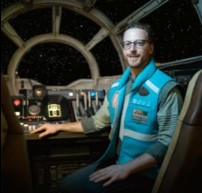 Willy McKenna, Star Wars: Galaxy’s Edge Attractions Lead discovered his educational goals are in a galaxy not-so-far away thanks to Disney Aspire. While studying business administration at Saint Louis University, Willy began his career with Disney after being invited to participate in the Disney College Program at the Walt Disney World Resort. After graduating with his undergraduate degree, he moved across the country to work at Elias & Co. in Disney California Adventure Park. Here, Willy discovered Disney Aspire and made the decision to follow in his family’s footsteps and continue his educational pursuits. “Both of my parents have Master’s degrees, and my sister is finishing hers, so education has always been very important in my family,” shared Willy. “I decided to pursue my Master’s in organizational leadership through Disney Aspire with the goal to open more doors with Disney.”