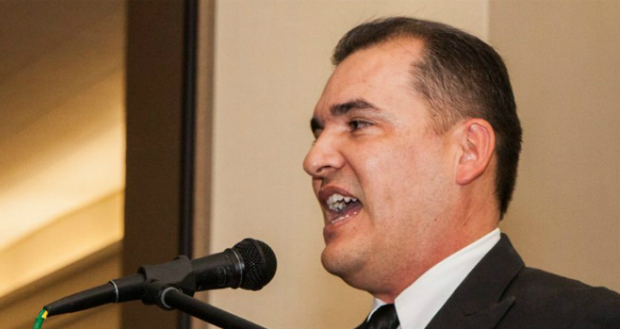 Tonight, Councilman Jose F. Moreno is asking the Anaheim City Council to oppose the recently announced change by the Department of Homeland Security – which oversees the Immigration and Naturalization Service – to the “public charge” rule.

With so many pressing matters facing Anaheim upon which the city council can actually take action, residents can be forgiven for wondering why the council is taking up this issue (beyond making partisan political hay)?

Nonetheless it helpful to examine what the public charge rule is, and what are the changes Councilman Moreno opposes.

The public charge rule is a longstanding U.S. policy pertaining to legal residents, immigrants seeking entry, and illegal immigrants seeking legal status. It does not apply to migrants admitted on humanitarian grounds, i.e. refugees and asylees. Nor does it apply to U.S. citizen children of green card applicants. It also makes provision for migrants who are pregnant and/or are under 21, and for Medicaid services provided under the Individuals with Disabilities Education Act (IDEA) or in a school setting.

What Changed In The Public Charge Rule?

Prior to the rule change, a public charge was a migrant who is “primarily dependent on the Government for subsistence, as demonstrated by either the receipt of public cash assistance for income maintenance or institutionalization for long-term care at Government expense” – e.g.  Temporary Assistance for Needy Families (TANF) and Supplemental Security Income.

That iteration of the rule, dating back to the Clinton Administration, prohibited the INS from considering the broad range of non-cash public assistance programs in determining whether a legal residency applicant was primarily dependent on government assistance.

In other words, if an applicant for legal residency was using government programs like food stamps, Medicaid, Medicare Part D subsidies, WIC, Section 8 housing vouchers or rental assistance, etc. – none of those could be considered in determining whether or not the applicant was primarily dependent on public assistance.

The new public charge rule allows the INS to factor in those non-cash public assistance programs when judging whether a legal residency applicant is primarily dependent on public assistance.

Like it or not, it represents a more honest appraisal of whether a legal residency applicant is reliant on taxpayer support. As stated in the rule change, it is intended to better ensure legal residency applicants “are self-sufficient, i.e., do not depend on public resources to meet their needs, but rather rely on their own capabilities, as well as the resources of family members, sponsors, and private organizations.”

According to the Homeland Security Secretary, the change to the “public charge inadmissibility rule better ensures that immigrants are better able to successfully support themselves as they seek opportunity here in America.”

The public charge rule has been embedded in American immigration law going back to our earliest years – regardless of policy fluctuations between permissiveness and restriction. Even during the era of mass immigration in the 19th and early 20th centuries – which progressives erroneously characterize as open borders – would-be immigrants had to furnish some evidence they were able “to take care of himself or herself without becoming a public charge,” such as the promise of employment, assurance of support from relatives in the country, etc.

Moreno’s resolution implicitly recognizes the validity of the principles underlying the public charge rule, and the national interest in ensuring immigrants to the United States will be self-sufficient, productive members of society.

His resolution does contains some wild inaccuracies. such as this claim:

WHEREAS, the Center on Budget and Policy Priorities estimates that, under the proposed public charge test, more than 100 million people – about one-third of the total U.S. population – would fail the public-charge determination if they were required to take it today

Except, more than 100 million people cannot fail the new public charge rule because there aren’t 100 million-plus legal residents or legal residency applicants subject to it.  According to the most recent data available, there are 13.1 million lawful permanent residents – 8.9 million of whom are eligible for citizenship.

That’s a long way from 100 million-plus.

Moreno also objects that the rule change is counter to the spirit of “Welcome Anaheim.” It bears recalling that Welcome Anaheim as a way to integrate immigrants into Anaheim and tap into their entrepreneurial energy.  Being “welcoming” doesn’t mean using an inaccurate and dishonest measure of what constitutes dependence on public assistance.

Caution and prudence should be exercised when applying the new rule to requests for extension of legal residency. On the other hand, if a legal resident is “primarily dependent” on public assistance, it’s reasonable to consider whether that spot should be yielded to a would-be American more likely to be self-sufficient.

There is no shortage of migrants applying to enter the United States, and the new public charge rule will not reduce immigration into our country. Nor should it. America was built on immigration and continues to benefit from it. However, the revised public charge rule will tend to favor the millions of potential immigrants – many of whom have already applied for legal residency – who can support themselves without relying on government assistance. We can debate whether or not our immigration policy should tilt toward immigrants with more skills and education who are more likely to create opportunity for themselves and others – but most Americans think it should. This country needs the fresh blood of their energy, skills and hard work.

Most Anaheim residents would likely question why their City Council is even wading into this debate. Furthermore, Moreno’s resolution is misleading and alarmist. Common sense tells us immigration authorities ought to be able to have the tools to make an honest, accurate determination whether or not a legal residency applicant will be self-sufficient or dependent on taxpayer support.  Councilman Moreno’s resolution opposes that.