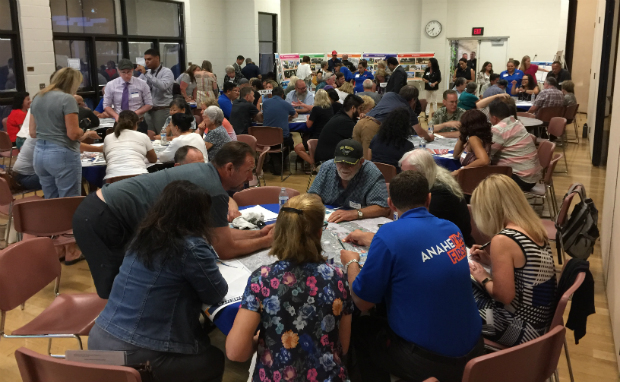 There was a capacity crowd at last week’s District 2 town hall meeting organized by Anaheim First, as more than 100 residents gathered together to discuss how they’d like the city to prioritize $250 million in neighborhood investment pledged by Mayor Harry Sidhu in his State of the City address. The town hall was held at the Brookhurst Community Center in West Anaheim, and is one of series being held in this phase of the Anaheim Community Assessment, an initiative being jointly funded by Anaheim First and the city. 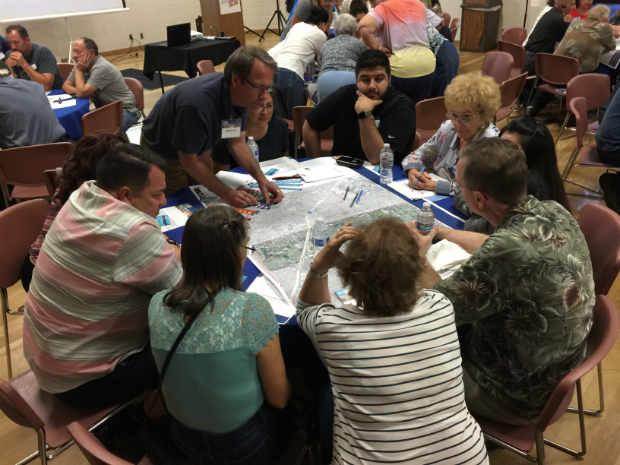 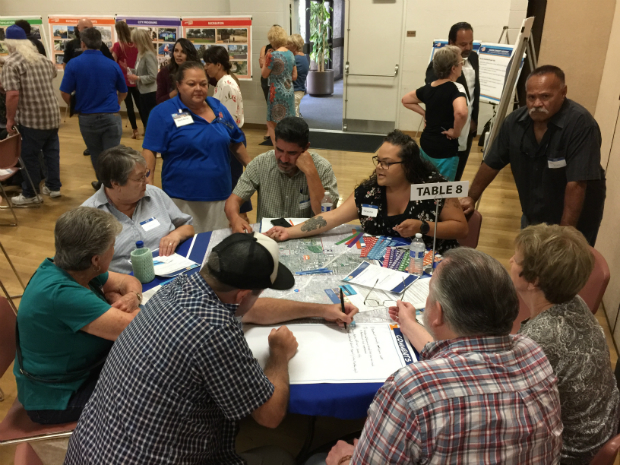 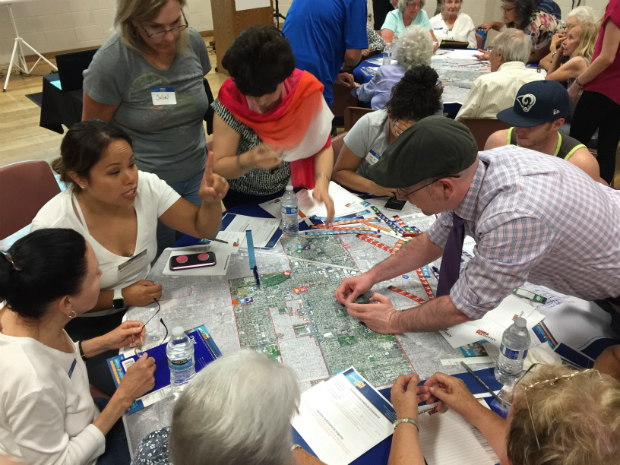 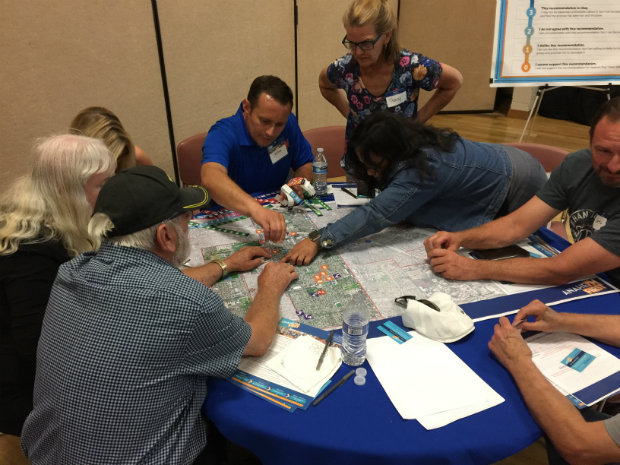 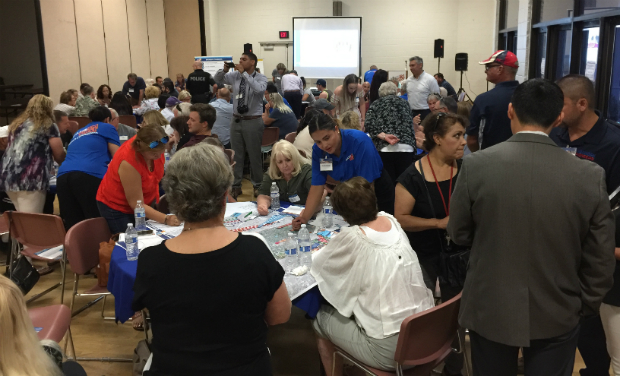 Gloria Ma’ae, the District 2 chair for Anaheim First and a long-time civic activist opened the town hall, and introduced Mayor Sidhu. They mayor extended an enthusiastic welcome to attending residents, emphasizing how vital their input was to the success of the Assessment project while leaving it to residents to voice their own judgments about how to prioritize investment under the 2030 plan.

District 2 Councilman Jordan Brandman was at the OC Water District Board of Directors meeting that evening as Anaheim’s board representative, and was unable to attend.

As at the District 1 town hall, residents gathered sat together at tables, talking with each other about what they saw as the most pressing needs in their community and trying to forge some consensus. They placed adhesive squares with logos representing various amenities – street improvements, parks, etc. – and placed them on specific locations on the map to precisely indicate where and what kind of investments they’d like to see in District 2.

Participating residents were very engaged throughout the two-hour town hall. As table leaders summarized the investment needs their groups had defined, meeting facilitators wrote them down on over-sized easel pads, which were taped to the back wall of the community room so residents indicated their top priorities by placing stickers next to specific recommendations.

The District 3 town hall is this evening at 5:30 p.m. at the Ebell Club, 226 North Helena (corner of Helena and Cypress), near Pearson Park in downtown Anaheim.