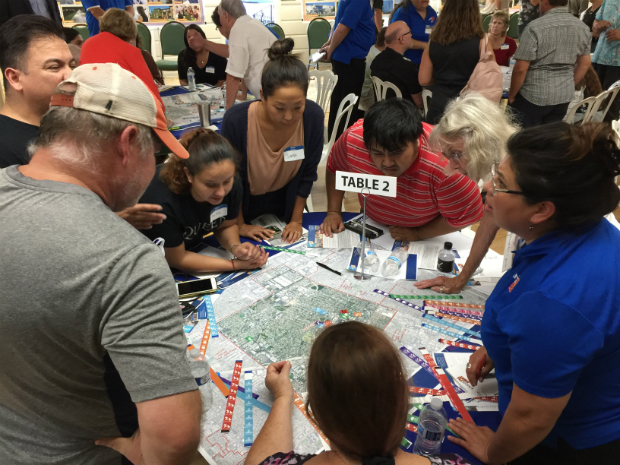 The District 3 town hall organized by Anaheim First last week marked the half-way point in the first phase of gathering resident input for the Anaheim Community Assessment. The assessment will help guide how the 2030 Neighborhood Investment Program allocates a proposed $250 million investment by the city in neighborhoods over the next decade. 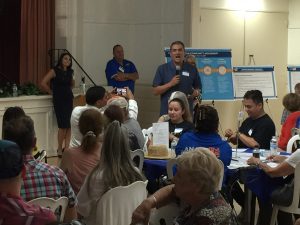 “It was wonderful to see so many District 3 residents come out and spend the evening with their fellow residents, talking about the needs in their neighborhoods and where investments are most needed,” according to District Chair Keith Olesen. “It goes to show that when you truly welcome meaningful input from Anaheim residents, they will respond with valuable ideas and solutions.”

District 3 Councilman Jose F. Moreno attended the town hall at the Ebell Club next to Pearson Park, and was invited to give a welcome to the residents. Moreno has been a severe critic of Anaheim First, lending his voice to an effort by his political allies to delegitimize the group and the Anaheim Community Assessment. However, standing in front of a large crowd of long-time residents, Moreno was inclined to be welcoming. These workshops are facilitated by PlaceWorks and Arellano Associates, which specialize in these types of community outreach efforts.

As at the previous town halls, residents collected at tables, each with an oversized satellite map of District 3 and a supply of logo-ed stickers representing various types of community amenities and services. Residents engaged in dialogue about what they saw as the community’s most pressing needs while endeavoring to reach some consensus. They indicated the type and location of their preferred investments by placing the stickers on the maps. 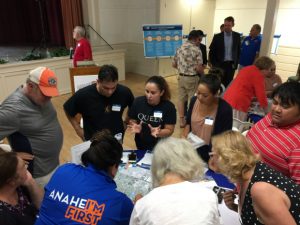 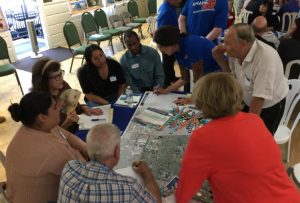 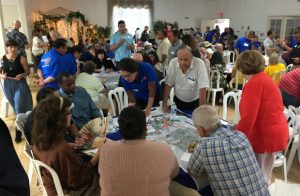 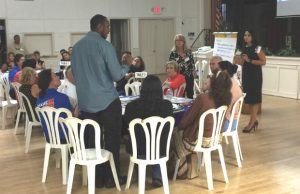 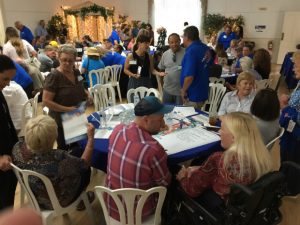 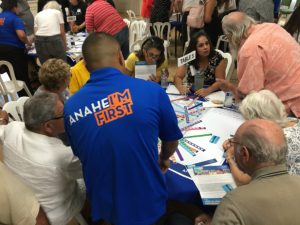 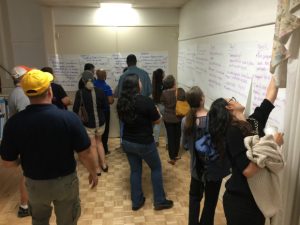 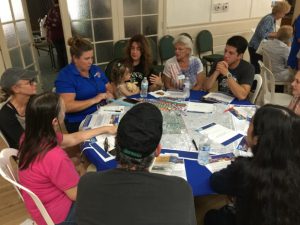 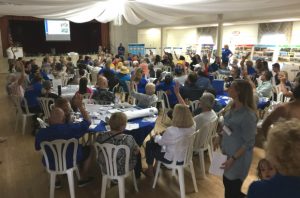 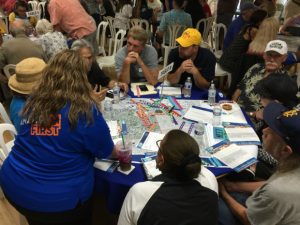 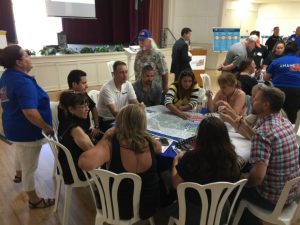 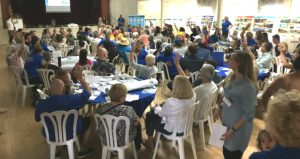 As table leaders summarized the investment needs their groups had defined, meeting facilitators wrote them down on over-sized easel pads, which were taped to the back wall of the community room so residents could indicate their top priorities by placing stickers next to specific recommendations.