Wealthy, Anti-Charter School Politico Running For OC Board of Education 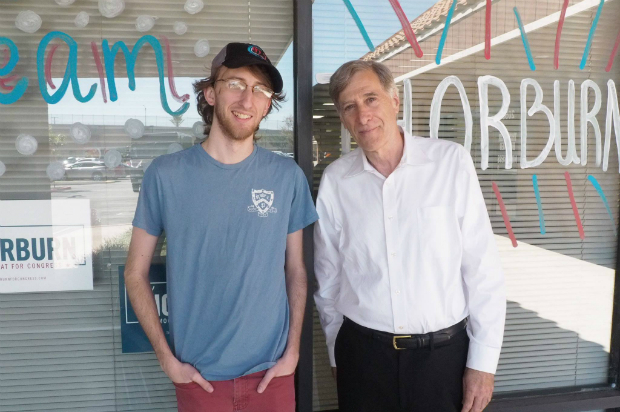 Andy Thorburn wants to be elected.

Last year, the rich, progressive, perennial candidate lost a nasty primary election for the 39th Congressional District to a more moderate (and equally rich) Democrat, Gil Cisneros – who went on to narrowly defeat Republican Young Kim in the general election.

Earlier this year, Thorburn set his sights a little lower and jumped into the special election to fill the vacant 3rd Supervisor District race, vowing to spend whatever it took to win. However, he ultimately stepped aside in favor of Democratic Party establishment favorite, former Rep. Loretta Sanchez.

Now, Thorburn, a resident of affluent Villa Park, has again adjusted his political ambitions downward and is running for the Orange County Board of Education, seeking to defeat four-term incumbent Dr. Ken Williams.

In his campaign video, Thorburn promises to “deliver the building blocks of change to our public schools” – whatever that means. Most parents would probably prefer a promise to improve the quality of education given to their children to vapid progressive sloganeering.

Thorburn promises to “invest in classrooms, not bureaucracy” and emphasis STEM education, expand after school programs, extracurricular activities and career training – in other words, the same promises made by every school board candidate everywhere.

The real issue in this and the other two OC Board of Education contests is charter schools.

Charter schools are popular. Parents who are frustrated with the often poor or mediocre education offered by the school in the attendance area like charter schools.

The public school unions, on the pother hand, feel threatened by charter schools, and hate them.

The California Teachers Associations is spending millions of dollars in a war on charter schools and school choice. In school districts where the board of education is controlled by teacher union-backed trustees, charter school applications are virtually dead-on-arrival.

Union-sponsored legislation signed recently by Governor Gavin Newsom greatly expands the grounds on which a local school board may reject a charter applicant. Under the new law, local school boards can turn down charter schools they view as not “consistent with the interests of the community” – i.e., for any reason at all.

A charter school applicant that is turned down by a local school board appeal the decision to the county board of education. The Orange County Board of Education has traditionally had majority that is friendly to charter schools – which frustrates the efforts of teachers unions and their progressive allies to prevent the expansion of charter schools in OC.

OC Board of Education member Dr. Ken Williams is a long-time supporter of school choice and charter schools.

Thorburn offers nothing new – just the same old-same old that has been failing public education for decades. He is the candidate of the teachers unions and ideologues who are just opposed to charter schools, period. This election is part of a teachers union effort to overthrow the pro-charter majority on the OC Board of Education and close off what has been a vital avenue for charter school applicants to get a fair hearing.

For voters who believe charter schools offer a valuable and valid alternative to conventional public schools, and support providing that choice to families with school children should – Trustee Ken Williams aligns with their views.

If, on the other hand, your goal is to squash charter schools and empower the status quo, Andy Thorburn is more your style.