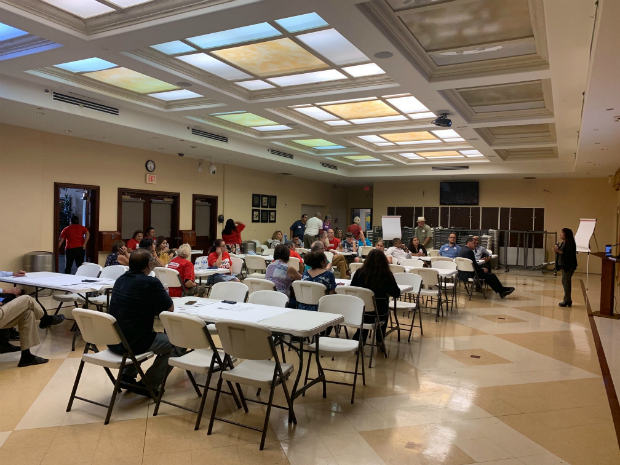 UNITE-HERE Local 11 has launched a campaign it calls “Honest Anaheim” as a vehicle to push its demands vis-a-vis the city’s negotiations with the Angels.

Among the militant hotel workers union’s demands: any Stadium deal must include a “labor peace” agreement, i.e. mandatory unionization. Also, if an agreement provides for the residential development on the stadium site, Local 11 wants 30%-40% of it to be low-income housing.

Local 11 put on a “town hall” last week at the Islamic Center of Orange County.  Judging by Facebook photos, the event was less town hall than a political strategy session consisting of Local 11 members and their activist allies:

Basically the same two dozen or so progressive political activists who form and reform under various rubrics. It’s equivalent to the city organizing a community meeting and the only people in attendance are city staff. 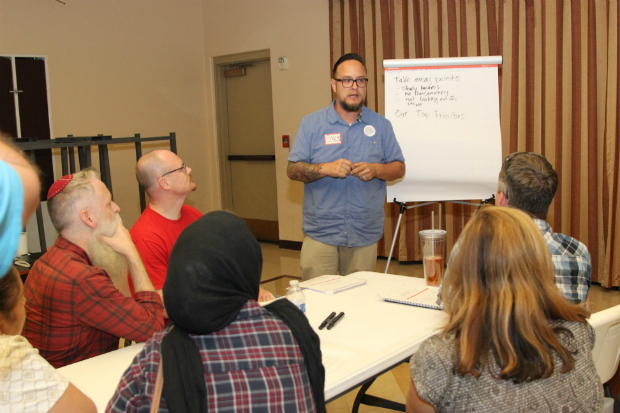 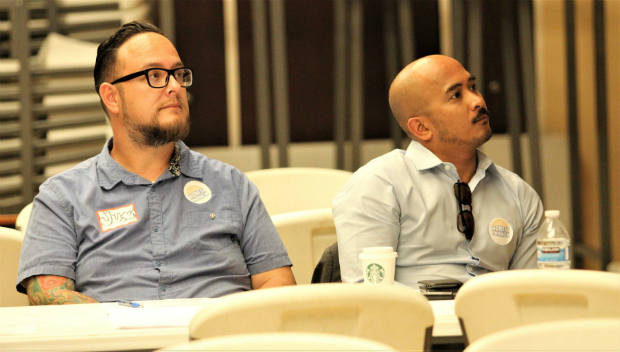 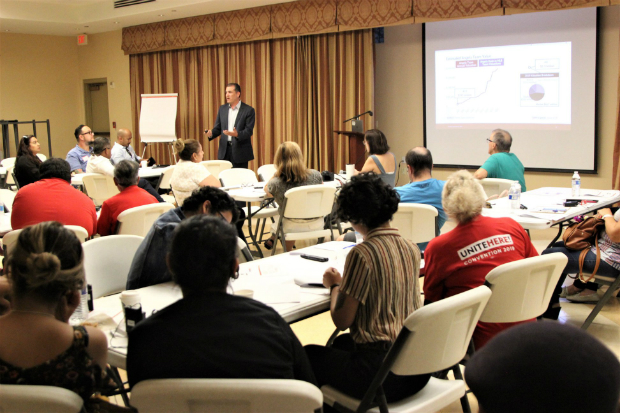 Clearly not a groundswell of support from regular residents.

Something to keep in mind if and when these “Honest Anaheim” members come to Anaheim City Council  meetings claiming to speak for “the people” and “our communities.