The little boy enthusiastically voiced his request from the back of the Anaheim PD patrol car.

His sentiment was understandable. 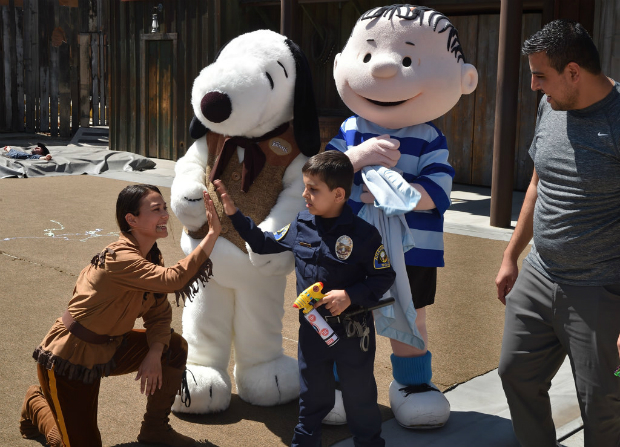 Officer Abdul gets a high-five from Knott’s Berry Farm cast members after retrieving Linus’ security blanket. Abdul’s father, Mohammad, is on the right. Photo by Steven Georges/Behind the Badge.

After all, Abdul Abedi, 6, had just saved the day at Knott’s Berry Farm after bad guys had stolen Linus’ blanket.

Armed with Silly String, and helped by an Anaheim PD officer, Abdul successfully took down the hoodlums and reunited the “Peanuts” character with his beloved blanket. 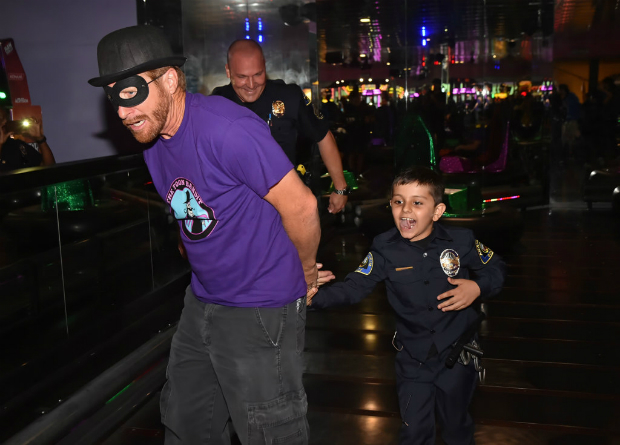 Now he was ready for more action.

The police radio crackled to life.

You can read the rest of the story by clicking here.