Riverside Political Operative Moves To Anaheim, Then Runs for Placentia-Yorba Linda School Board 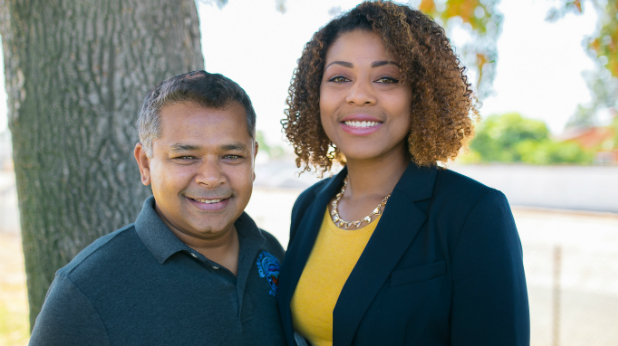 Efforts by the progressive-Left to build their political bench of Orange County local elected officials continue apace: progressive Democrat LaShe Rodriguez is running for the Placentia-Yorba Linda Unified School District (PLYUSD) Board of Education from Trustee Area 2 – less than a year after moving to Orange County from Riverside.

Trustee Area 2 consists primarily of the section of Anaheim south of Orangethorpe and between State College and Lakeview: 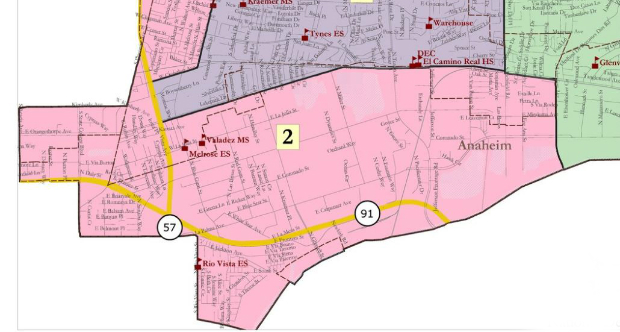 The 32-year old Rodriguez has worked in a succession of campaign and legislative staff positions for the last several years, including for Assemblyman Jose Medina and state Senator Connie Leyva. Medina is carrying legislation to require public school students to take intrinsically political Ethnic Studies in order to graduate from high school.

Rodriguez was hired as campaign manager for Doug Chaffee’s candidacy for the 4th Supervisor District. Following his narrow win over La Habra Councilman Tim Shaw, Chafee named Rodriguez as his chief of staff. He also named Al Jabbar as deputy chief of staff. Jabbar is a member of the Anaheim Union School Unified School District and a strong ally of the teachers union campaign to suppress charter schools.

Rodriguez only recently moved into Orange County from Riverside, where she lived and voted for years. She was not registered to vote in Orange County until seven months ago, on February 2, 2019.

Despite her lack of ties to the community or the school district, a number of Democrats have endorsed Rodriguez’s candidacy, including Rep. Lou Correa, former Rep. Loretta Sanchez, her old bosses Senator Leyva and Jose Medina, her current boss Supervisor Doug Chaffee, and Andy Thordurn, a rich, left-wing perennial candidate who is one of the anti-charter school candidates running for the OC Board of Education.

She’s also endorsed by Ada Briceno, the radical co-president of UNITE-HERE Local 11 and chair of the OC Democratic Party, as well as Jabbar, who is quoted in Rodrigiuez’s campaign press release:

Trustee Jabbar said that “As a school board trustee, I understand the importance of ensuring that children receive a holistic education that is reflective of their identity and culture, and provides opportunity for student success. LaShe has proven that she has the character and commitment to carry this calling.”

Translation: Rodriguez will support tools of left-wing pedogagy, such as Ethnic Studies, in order to influence and frame the political thinking of PLYUSD students. Ensuring kids are given curriculum and subject matter that is “reflective of their identity and culture” is just a form of groupthink: teaching students to see themselves as vicitms and oppressed members of “marginialized communities.”

Among OC school districts, Jabbar’s AUHSD ranks second-to-last in the percentage of high school gradudates who go on to college. Placentia-Yorba Linda USD voters might want to keep that in mind when weighing the value of Jabbar’s endorsement.

In the eyes of Jabbar, Briceno and other Rodriguez supporters, espousing the politically correct ideology trumps having actual roots in the community and ties to the school district.

Rodriguez “is running a brilliant campaign for Placentia-Yorba Linda School Board” according to DSB Public Affairs – the consultants who are running her “brilliant” campaign.  DSB Public Affairs consists of three partners, including Andrea Dima-Smith – who works with Rodriguez in Supervisor Doug Chaffee’s office as office manager.