Fact Check: Did Council Direct The Simultaneous Release of Stadium Appraisal To Public? 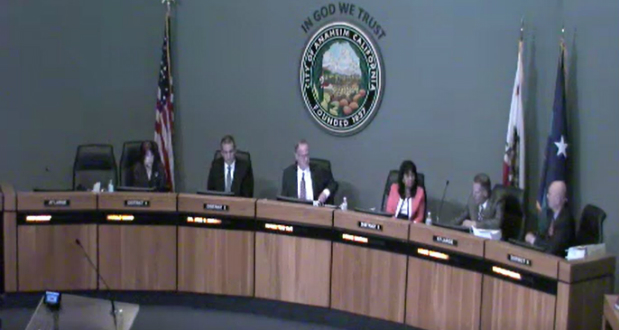 Last year, did the Anaheim City Council direct that the Angel Stadium appraisal be released simultaneously to the city council and the public? It did, according to yesterday’s Voice of OC story on Angel Stadium negotiations:

Except that isn’t true.

According to the minutes, Mayor Tom Tait’s motion was for staff to prepare a current market value appraisal of the stadium property, and that is should be availabel to the public. No direction was given as to timing of its release to either the council or the public. The article’s claim that the motion’s language “indicates” council intent for the simultaneous release of the apprails to the council and the public is baseless. It’s the opinion of the reporter being presented as news.

Review of the video of the November 20, 2018 council meeting further erodes that claim.

Direction to make the appraisal public was cursory and matter-of-fact. No councilmember during that meeting disagreed with that – just as no current council member opposes making it public, despite Councilman Jose F. Moreno’s posturing as the lonely tribune of transparency.

There was a long, contentious wrangle between Mayor Tait and Councilwoman Kris Murray about the form and fashion of the appraisal and whether to leave the matter for the new, incoming council to decide. But there was no discussion about when the appraisal should be released to the public.

At one point in the discussion, City Attorney Robert Fabela asked the city clerk to repeat the motion on the floor.

“The motion was by Mayor Tait and was seconded by Councilmember Barnes, to direct staff to prepare an appraisal of the stadium at the current market value and make that available to both the public and the city council,” said the clerk.

No councilmember interjected to stipulate the simultaneous release, or give any guidance as to the timing of appraisal’s publication.

Again, when it came time for the council to vote, Moreno asked for “clarification” from Tait that the motion included making the appraisal public — but no direction as to timing. Now Moreno is relentlessly agitating for its immediate release, but at no time during the long, exhaustive discussion did he say anything about the timing of its release, or doing so simultaneously with it being given to the council. Neither did Tait or Barnes, for that matter.

This whole narrative that the current council is trying to “keep the public in the dark” about the appraisal is a false one fed by Moreno and his UNITE-HERE allies, and transmitted by the Voice of OC.