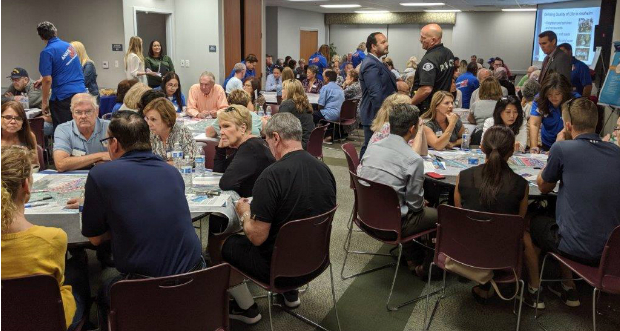 Anaheim First has completed the first-round of town halls in all six city council districts, successfully accomplishing a critical phase in the Anaheim Community Assessment – an innovative partnership between Anaheim First and the City of Anaheim to engage residents in the prioritization of future neighborhood investments.

Jointly funded by Anaheim First and the City of Anaheim, the Anaheim Community Assessment will assist the City Council in prioritizing $250 million in new city spending for the 2030 Neighborhood Investment Program.

Each town hall, held from August 28 through October 29, attracted an average of 100 people who actively participated in the workshop-style town halls – illustrating the strongly positive response from Anaheim residents when invited to directly participate in planning city investments in their neighborhoods. 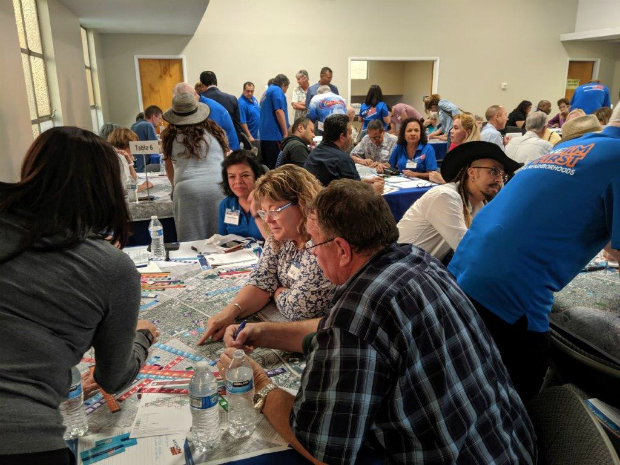 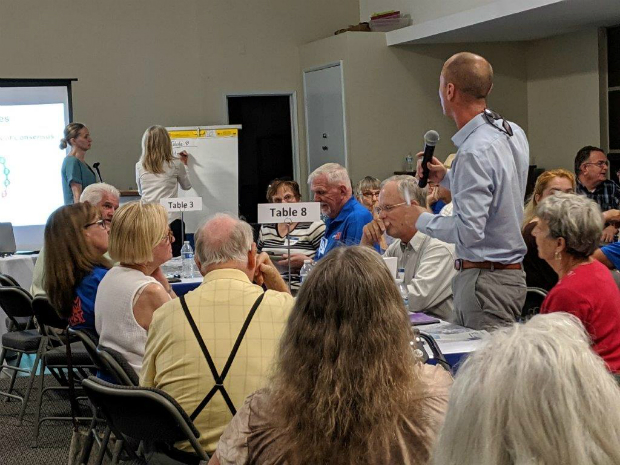 The programs were facilitated by consulting firms PlaceWorks and Arellano Associates, who have conducted similar assessments in communities across Southern California, including the recently completed Beach Boulevard Specific Plan in west Anaheim.

“As a resident and active community member, it was thrilling to see so many residents attend the town halls and discuss in detail, their priorities for neighborhoods,” said Amelia Castro, member of the Anaheim First non-profit board of directors, “Thank you Mayor Sidhu and Anaheim City Council for making neighborhood investment such a high priority in Anaheim!” 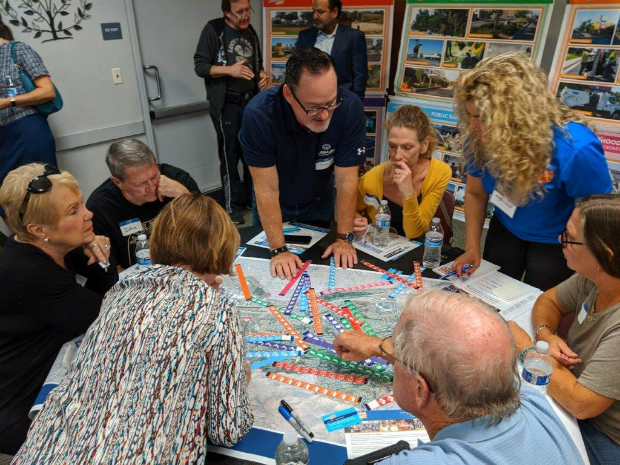 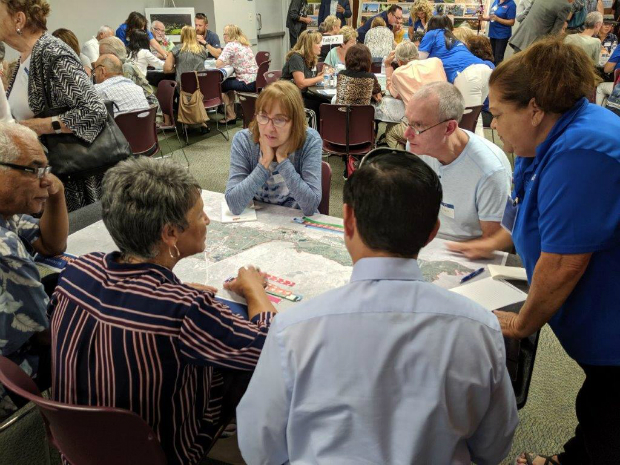 Concurrently with the town halls, Anaheim First is also conducting an online survey to give residents and community leaders a convenient option to participate in the Anaheim Community Assessment. An additional round of district-based town halls will be scheduled early next year before the assessment is completed in March of 2020.

When complete, the Anaheim Community Assessment will be presented to the City Council for consideration and serve as a resident-generated template and guide for prioritizing the 2030 Neighborhood Investment Program.

“For years, the promise of Anaheim has been that as our economy thrives, our people will thrive with it,” Mayor Sidhu said. “We have done a good job of meeting this promise, but we can do better. This initiative focuses the benefits of Anaheim’s growth on the priorities and desires of our neighborhoods.”
Anaheim First is a 501(c)(3) grass-roots community organization whose mission is generating resident-driven solutions that positively transform Anaheim neighborhoods — led by neighbors in partnership with city officials, business, and community leaders. www.AnaheimFirst.org.