Moreno’s Campaign Finance First Principles: Rules For Thee, But Not For Me 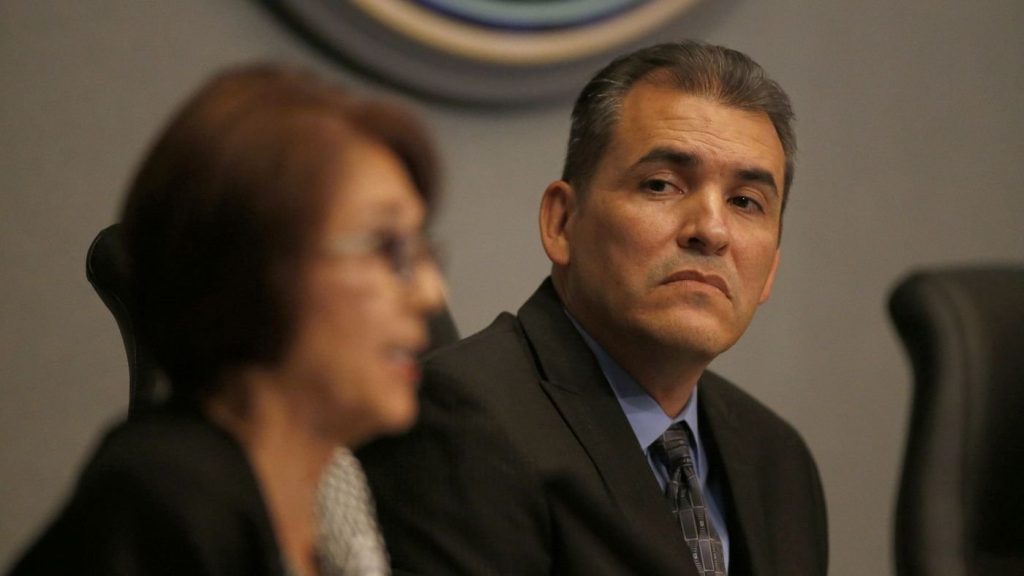 City Councilmember Jose Moreno clearly believes his own bluster that he is Anaheim’s self-appointed “man of the people.” But more often than not, his self-styled populism is really little more than a bow tied around an extreme left-wing ideology or just simply crass and selfish political gamesmanship.

This week’s City Council Meeting provides a great example of when Moreno’s thirst for the limelight exposes his gambit for what it is. Item 16 appears on the Agenda as a proposal to bring a more rigorous form of Campaign Finance Reform to Anaheim. But in reality, this is nothing more than another of Jose’s disingenuous political tricks… coincidentally just in time for Halloween.

Despite having run for office promising to bring such reforms, and to bring “transparency and integrity,” Moreno’s proposal offers neither.

Even a cursory look at the City Council’s agendas show that labor negotiations are a significant and ongoing part of Council’s business. Ongoing negotiations are a staple of Closed Session agendas. Labor groups have also been, without question, Moreno’s largest and most regular contributors. Collectively, they have contributed tens of thousands of dollars to Moreno’s campaigns over the years.

Does that money currently prevent Moreno from participating in those negotiation sessions? Of course not.

Under Moreno’s totally sincere proposal, would anything change to bring more “transparency and integrity”? Of course not. He simply exempts his donors and supporters from such rules.

Let’s take it right out of the Staff Report:

Consistent with the Levine Act, Council Members need not recuse themselves from actions involving low bid, labor, or personal employment contracts regardless of whether they received campaign contributions from parties involved in those actions.

So, somehow we’re supposed to take this proposal seriously as an attempt to strengthen Anaheim’s Campaign Finance rules when in fact it is written to exclude Moreno’s single largest donors and allies?

Even if the City Council were to pass Moreno’s “Reforms,” he’d still be able to take their money, fight for them hidden away from the public, and vote for their contracts.

Again perhaps not surprisingly, while exempting his strongest supporters, Moreno’s proposal would potentially silence the political voice of residents, taxpayers, and businesses. Under Moreno’s carefully crafted scheme, a business or resident who exercises their First Amendment Right to support, monetarily, the candidate of their choosing, would see that Council Member restricted from participating in policy items related to that donor, while as mentioned, a labor union exercising those same rights would see no such restriction.

An additional portion in Moreno’s plan would also prohibit Council Members from even participating on items if a donor never contributed to them, but instead, contributed to a committee that then independently advocated for their election.

Under this clause, for example, a taxpaying-business in Anaheim could contribute a few hundred dollars to the Orange County Taxpayers Association Political Action Committee, which might subsequently and independently try to elect a member to the Council. Moreno would have even that clear an exercise in protected political speech force a Council Member to be prohibited from considering an item.

This clause is almost surely unconstitutional, which Moreno should know, but hey, it makes for a great headline!

Again, Moreno likes to talk a big game about honoring the “public’s trust and perception,” but any examination of his own record shows this is all empty political rhetoric. Just take a look at how Moreno selects his political appointees.

Councilmembers are entrusted to make appointments to each of Anaheim’s Boards and Commissions. These Boardmembers and Commissioners are selected to perform important work for Anaheim.

What single trait do Moreno’s appointees have in common? They’re almost all donors.

But we’re supposed to take him seriously on the issue of the corrupting influence of money in politics…apparently.

Council Member Moreno’s single most reliable supporter over the years, however, has been Unite Here Local 11, the militant hotel workers union. And Moreno has been similarly reliable in backing their every single initiative at the City.

He might as well have been the official spokesman for last year’s job-killing Measure L. Moreno’s dutiful following of his donor’s wishes even led him to get arrested alongside Local 11 leadership earlier this year. And of course, you can almost see the strings coming out of Local 11’s Councilpuppet as he works to undermine the city’s negotiation position with the Angels Stadium negotiations.

Of course, it’s not clear that Local 11’s asks meet the definition of a “project” under Moreno’s self-serving proposal, and they might be exempt. As if we should be surprised?

In the early days of his advocacy for this policy, Moreno’s rhetoric claimed its roots lay in the City of Yorba Linda’s campaign finance reform rules, which prohibit Members of the Council from voting for the projects of any developer who has given more that $500 to that Council Member. Strange that Moreno’s would champion such a policy, given its roots.

Conveniently omitted from Moreno’s rhetoric is the history behind Yorba Linda’s rules. They in fact stem from old-time Yorba Lindans’ efforts to block any new housing, especially higher-density and possibly affordable housing, from the City.

It seems, back around 2006, members of the Council, after having received support from donors connected to the Yorba Linda Town Center development, approved the project, which intended to bring some mixed use commercial and residential development to Yorba Linda’s dying downtown. “Old Yorba Linda” rebelled, blocking the project, and passing restrictions on developers’ campaign contributions to the City Council. If such a proposal were advanced by Anaheim Hills residents here, would anyone doubt that Moreno would play the race card in opposition?

Lately, Moreno has dropped the “Yorba Linda” references from his advocacy for his proposal, as he now styles it as an outgrowth of the Levine Act. Perhaps he belatedly became aware of the roots of this proposal – or, given Moreno’s track record, perhaps he found the Levine Act’s labor carve out too perfect to ignore.

What makes Moreno’s proposal most obviously insulting to the public’s intelligence is the crassness of its timing. Why now?

Jose Moreno was elected to office in 2016. He stood for re-election in 2018. He served in the majority for two years. He had ample opportunity to advance so-called “campaign finance reform.” Again, why now?

The answer is as obvious as it is grossly political. Moreno is now termed out of office in Anaheim. He can’t run again and no longer needs campaign support.

It’s clear Moreno wants to make his opponents abide by rules he carefully has flaunted for years. This has absolutely nothing to do with Moreno’s crocodile tears, worrying about the public’s “trust and perception.” If voting for an issue back by your donors is a problem, Moreno’s been just fine violating that for years.

Moreno’s campaign finance proposal should be shot down quickly and swiftly. And Moreno should be called out for the rank hypocrisy he consistently exhibits. Anaheim doesn’t need an ethics lesson from a man so clearly lacking them.