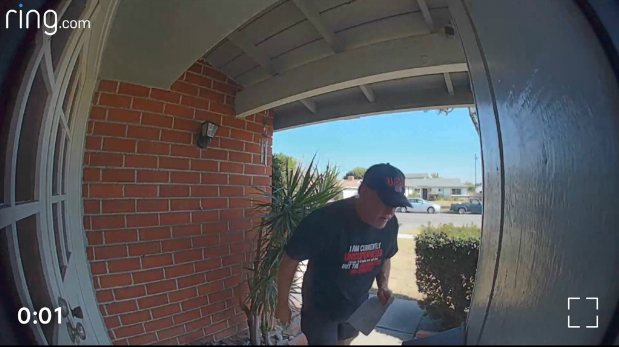 During the past several years, Mike and Jeannine Robbins have become fixtures at Anaheim City Council meetings – part of a group of gadflies whose lives revolve around pontificating during public comments and heckling people with different political views.

The Robbins seem to view themselves as compassionate people whose activism is fueled by a concern for their fellow human beings – which makes for a jarring contrast with the ugliness of their behavior.

Mike Robbins has likened Anaheim residents who want the homeless out of city parks to Nazi death camp guards and KKK.

When people express views with which she disagrees, Jeannine Robbins doesn’t hesitate to heckle, harasses and otherwise interferes with their right to speak to the council. It’s disturbing behavior given that A) it’s wrong, B) she’s presumably capable of self-control and C) no one ever interferes with her right to express her views at the podium. Notwithstanding her goonish behavior towards her fellow citizens, she is running for city council from District 4.

In other words, the Robbins aren’t exactly the soul of grace and liberality. 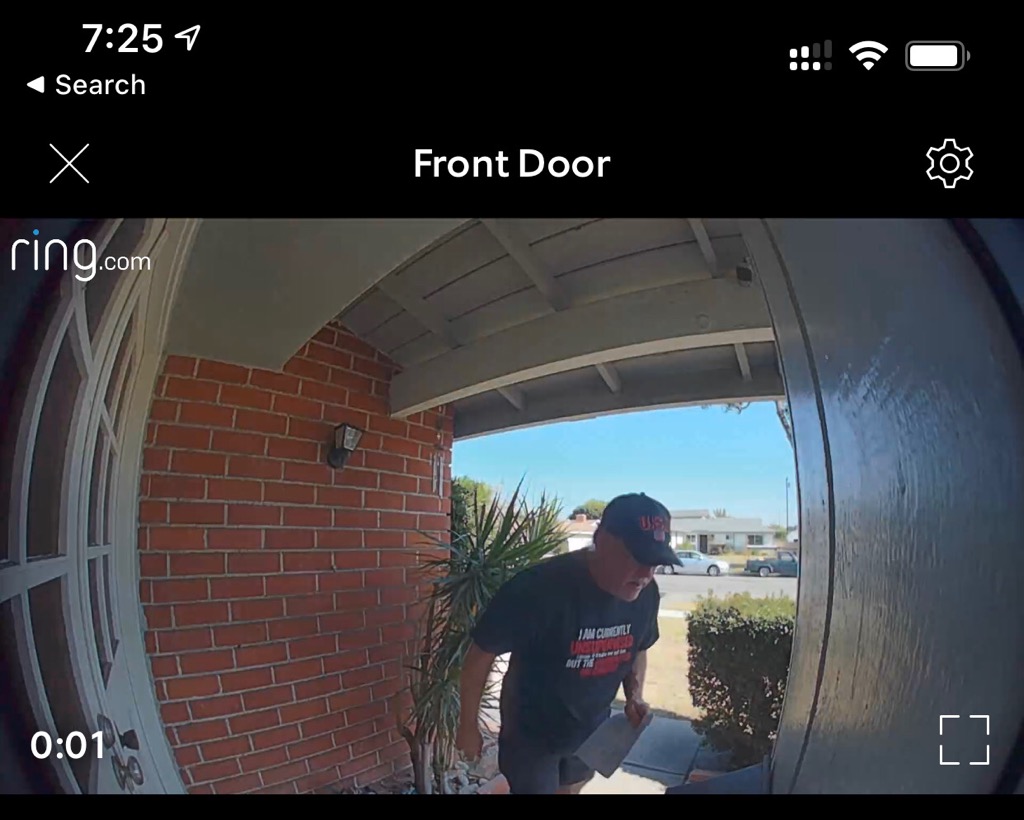 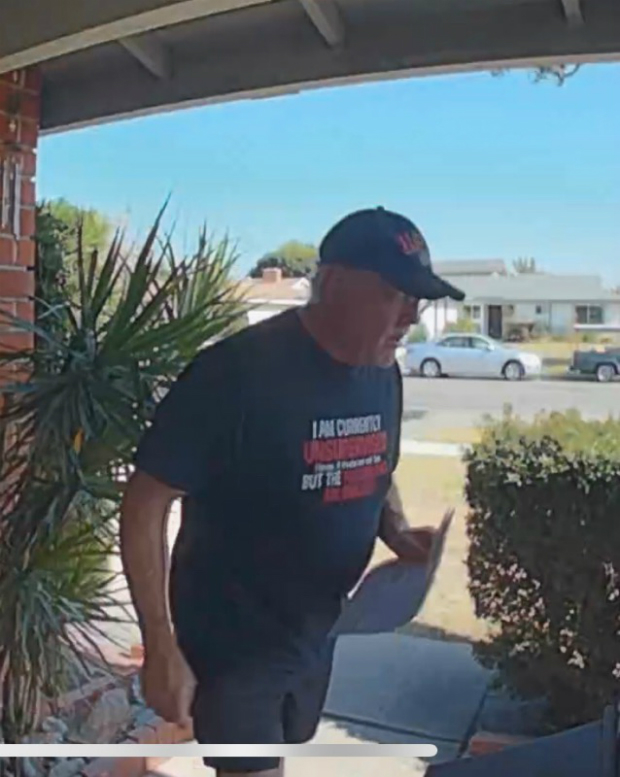 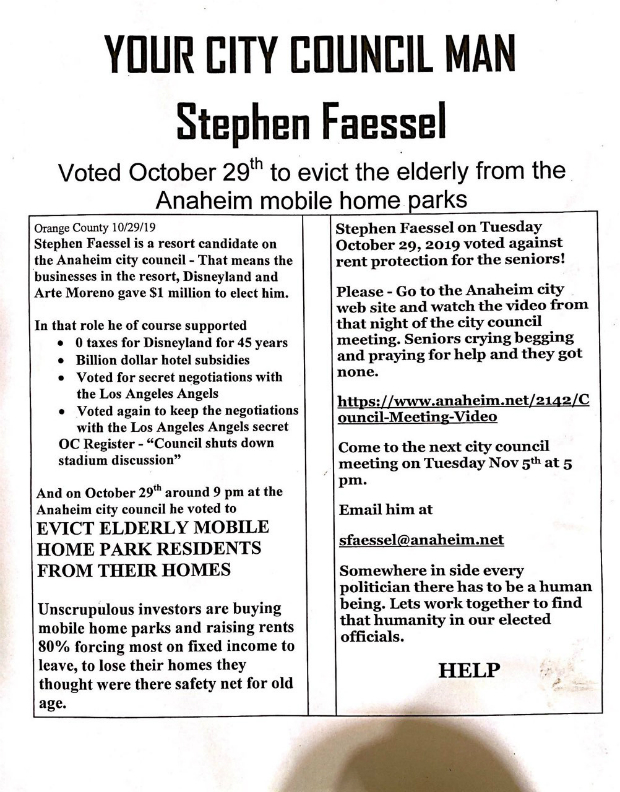 The flyer is a tissue of lies about Councilman Faessel, which is unsurprising since Mike Robbins lacks honor. Neither  Faessel nor any councilmember voted to “evict” anyone from anywhere. Robbins knows that. And yet he deliberately misleads his fellow residents for political purposes.

Robbins accuses Faessel of supporting “O taxes for Disneyland for 45 years.” Again, false and ridiculous. Disneyland, in fact, is the biggest taxpayer in Anaheim. It pays an enormous amount of taxes annually. Again – Mike Robbins knows this, and consciously lies to his fellow residents anyway.

The flyer continues with a string of untruths, half-truths and distortions. It’s almost as if Robbins is incapable of honest and reasoned discussion, and believes he can only advance an argument through prevarication, exaggeration and deception.

“Somewhere in side [sic] every politician there has to be a human being,” reads Mike Robbins’ flyer. Funny – the same could be said of him.

Councilman Jose F. Moreno has made it clear in recent council meetings he’s going all out in next year’s election to replace Faessel with a minion, presumably AESD Board of Education member Ryan Ruelas. With increasing frequency, Moreno publicly and dishonestly attacks his colleague’s integrity and humanity.

Robbins’ distribution of a mendacious hit flyer is a reflection and extension of Moreno’s puerile behavior from the dais – a preview of what is coming in the next 12 months.  For the Morenos and Robbins and the rest of that progressive Left cadre, their noble ends justifies their ignoble means, and all other considerations are subsumed to the acquisition of political power.