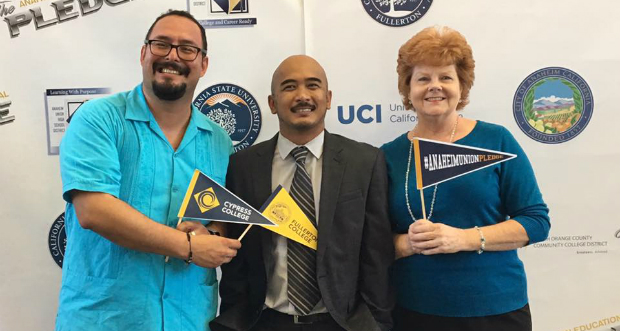 At its October 23 meeting, the Anaheim Elementary School District Board of Education voted unanimously for a resolutions of support for a proposed ballot initiative that would strip Proposition 13 protections from commercial property. If the initiative qualifies for the ballot and passes, it would result in massive increases in commercial property taxes, which would be passed on to small businesses and consumers in the form of higher rents and prices.

The anti-Prop. 13 initiative is euphemistically dubbed the “In Support of the Schools and Local Communities First Funding Act” by its sponsors, primarily the California Teachers Association (CTA) – considered the most powerful political special interest group in the state.  It is more commonly known as the “split roll” initiative, since it would “split” the property tax roll between commercial and residential property and tax them differently.

The initiative would require commercial and industrial properties every three years, and would heap billions in higher taxes on property owners and businesses in what is already one of the most highly-taxes states in the Union.

Although initiative proponents claim to have included protections for small businesses, they’re flimsy at best. Most small businesses operate under “triple net” leases in which they – not the property owner – pays the property taxes, maintenance and insurance costs. When the owner of the local Michoacán ice cream franchise find his rent spiked after his landlord get socked with massively higher property tax bill, that increase is passed on to customers in the form of higher prices – assuming the rent increase doesn’t force the owner to close his doors, that is.

As the California Taxpayers Association notes:

“Higher property taxes on businesses mean higher prices for consumers on everything we buy, including gasoline, groceries, diapers, clothes and utilities. California already has the highest percentage of population living in poverty, and suffers from the nation’s third-highest cost of living. The split-roll property tax will only make things worse. However, that’s not what signature gatherers will tell you when they approach you at your local grocery store.”

Ultimately, the only way for business tenants to escape the higher rents driven by this initiative will relocation to states with lower tax burdens.

The massive property tax increases that would follow passage of the split-roll translate into lost jobs and fewer hours available for remaining employees.

Ryan Ruelas, president of the AESD Board of Education, expresses his enthusiasm for passage of the split-roll initiative. 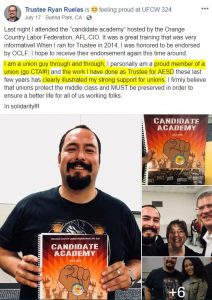 “All I have to say is that I’m super excited that we’re behind this and we’re showing full support,” said Ruelas when joining his colleagues in supporting the effort to raise property taxes. Ruelas is a member of the State Council of the CTA, the initiative’s principal funder. Ruelas – who describes himself as “a union guy through and through” – is also considered likely to run against Councilman Steve Faessel in District 5 in 2020.

Magcalas and Filbeck are both up for re-election in November 2020.

While the AESD’s endorsement of the split-roll property tax initiative is partially based on the notion that more funding equals better academic achievement, the reality is there’s little evidence to support that claim.  Indeed, student test scores in California have stagnated in recent years even as per-pupil spending has increased by 50%.

According to the U.S. Census Bureau, California ranks 20th in the nation in terms of per-pupil spending. Yet, states like Utah and Idaho – which rank near the bottom nationally in per-pupil spending – have far better educational outcomes for their students.

While the public school establishment claims Prop. 13 has starved schools of revenue, the reality is state property tax revenues are 15 times higher now than when Proposition 13 was passed in 1978. The problems affecting public education in California stem from bureaucratic red tape, rigid rules and over powerful teachers unions – not insufficient funding.

Leaving that argument aside, its doubtful much of the funding resulting from the proposed property tax increase would even wind up in the classroom. According to a study by the California Assessors Association, it could cost as much as $696 million annually to implement the split-roll initiative. 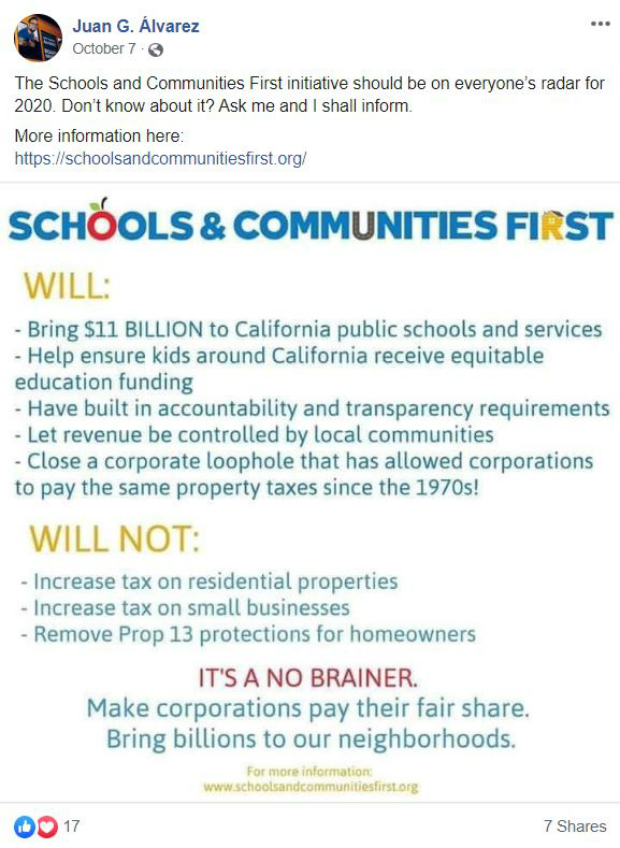 The political reality is this split-roll initiative is nothing more than a money grab by powerful government unions with an insatiable appetite for tax money.  The pension and benefit packages negotiated by the teachers unions are consuming huge chunks of school district budgets, crowding out funding for educational programs, and facilities maintenance and construction. CalSTRS – the state teachers pension system – has an unfunded liability of $107 billion.

Rather than undertaking necessary reforms, the CTA and its allies prefers to raise taxes on the people of California.

He’s right. The split-roll initiative is a two-step strategy of divide-and-conquer by separating the currently united interests of residential and commercial property owners. If this initiative passes, the business community has no incentive to fund political action to protect Proposition 13 – leaving unorganized, individual homeowners alone to face a follow-up initiative to strip away their Proposition 13 taxes.

The appetite of public employee unions for more taxes is boundless.  The CTA, in particular, hates Proposition 13. Anyone who doesn’t think the unions next target is Prop. 13 limits on residential property taxes is living in a fool’s paradise.

One has to wonder if any of these gentlemen, before they voted to support the split-roll property tax initiative, gave any thought to the harmful impacts it will have on small business owners, consumers and their families – in other words, the families they represent and serve.