In an announcement posted on her Facebook page yesterday, former Rep. Loretta Sanchez confirmed what had been unofficially reported on Anaheim Blog and elsewhere on social media: she is dropping out of the race for the 3rd Supervisor District: 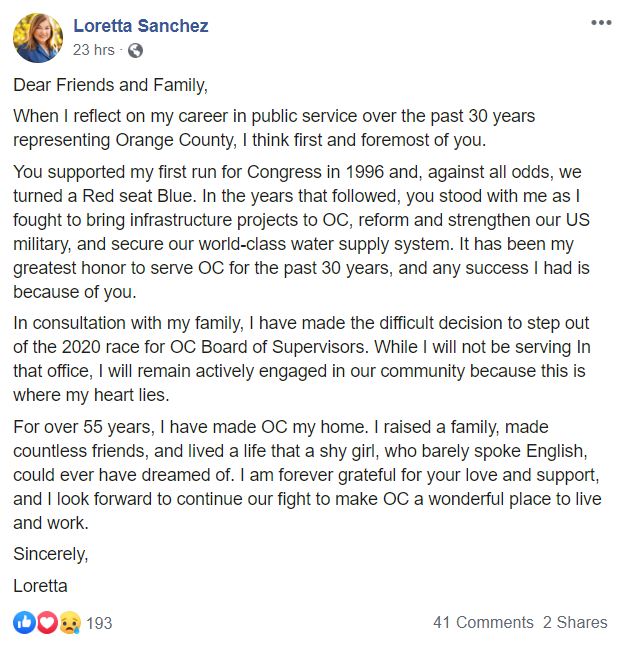 Her withdrawal comes three weeks before the deadline for candidates to file to run in the March 2020 primary.  Sanchez, a Democrat, was the only announced challenger to incumbent Supervisor Don Wagner, a Republican.

According to the OC Registrar of Voters website, Democrat attorney and OC Fair Board member Ashleigh Aitken has already filed to run. Aitken ran for Mayor of Anaheim in November 2018, narrowly losing to former GOP Anaheim Councilmember Harry Sidhu in an high-spending election characterized by high Democrat voter turnout.  It was her first bid for elective office.