Harry Sidhu Appointed To OCTA Board of Directors 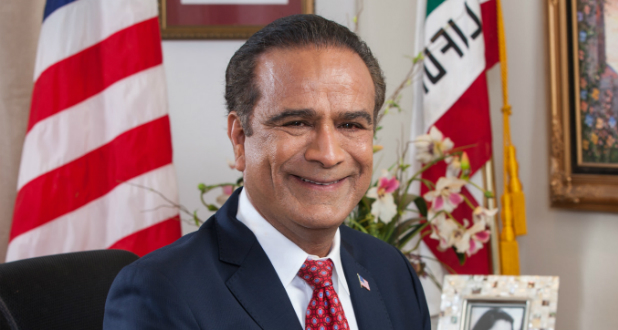 Last week, Anaheim Mayor Harry Sidhu was appointed to the Orange County Transportation Authority Board of Directors, representing the population-weighted seat from the 4th Supervisor District. He defeated Councilman Jose F. Moreno, who had been appointed to the seat in November 2018.

The appointment was made by the City Selection Committee – the body made up of Orange County’s mayors that controls appointments to the governing boards of OCTA and other regional bodies. It meets every November.

Some background is in order to understand why Moreno only held the seat for a year.  There are 18 members of the OCTA Board of Directors: all five county supervisors, the director of Caltrans District 12 and two “public members” appointed by the rest of the OCTA Board two councilmembers from each supervisor district.

While there are six cities in the 4th District – Fullerton, La Habra, Brea, Placentia, Anaheim and Buena Park – Anaheim has nearly half the population, so that seat is virtually guaranteed for whomever Anaheim supports.

When Tait was termed out of office last year, there was one year left on his OCTA Board term. Sidhu had won the mayoral election but was not yet sworn in. At the City Selection Committee meeting last year, he engineered the appointment of his council ally Moreno.  It was a sort of farewell gesture to Sidhu and the incoming council majority.

Although it was virtually a foregone conclusion that Sidhu would win the City Selection Committee appointment, Moreno nonetheless contested it.