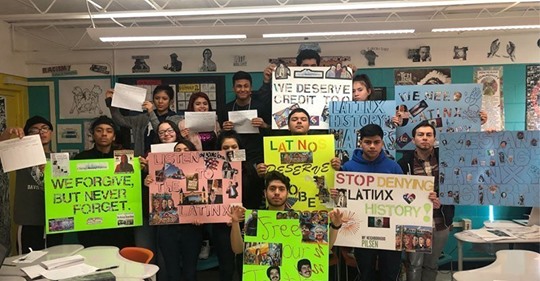 [This op-ed is well worth reading and relevant to Anaheim given how so much of the leadership of local school districts like the AUSHD and AESD – not to mention the Anaheim City Council’s resident revolutionary – believe in this nonense. It was originally published in the Wall Street Journal on November 24, 2019]

How nonsensical jargon like ‘intersectionality’ and ‘cisgender’ is imbued with an air of false authority.

The reason you’ve heard them is that politically engaged academicians have been developing concepts like these for more than 30 years, and all that time they’ve been percolating. Only recently have they begun to emerge in mainstream culture. These academicians accomplish this by passing off their ideas as knowledge; that is, as if these terms describe facts about the world and social reality. And while some of these ideas may contain bits of truth, they aren’t scientific. By and large, they’re the musings of ideologues.

How did this happen? How have those working in what’s come to be called “grievance studies” managed to extend their ideas far beyond the academy, while convincing people that their jargon adds something meaningful to public discourse? Biologist Bret Weinstein, who was run out of Evergreen State College by a leftist mob in 2017, calls the process “idea laundering.”

It’s analogous to money laundering. Here’s how it works: First, various academics have strong moral impulses about something. For example, they perceive negative attitudes about obesity in society, and they want to stop people from making the obese feel bad about their condition. In other words, they convince themselves that the clinical concept of obesity (a medical term) is merely a story we tell ourselves about fat (a descriptive term); it’s not true or false—in this particular case, it’s a story that exists within a social power dynamic that unjustly ascribes authority to medical knowledge.

Second, academics who share these sentiments start a peer-reviewed periodical such as Fat Studies—an actual academic journal. They organize Fat Studies like every other academic journal, with a board of directors, a codified submission process, special editions with guest editors, a pool of credentialed “experts” to vet submissions, and so on. The journal’s founders, allies and collaborators then publish articles in Fat Studies and “grow” their journal. Soon, other academics with similar beliefs submit papers, which are accepted or rejected. Ideas and moral impulses go in, knowledge comes out. Voilà!

Eventually, after activist scholars petition university libraries to carry the journal, making it financially viable for a large publisher like Taylor & Francis, Fat Studies becomes established. Before long, there’s an extensive canon of academic work—ideas, prejudice, opinion and moral impulses—that has been laundered into “knowledge.”

They then have an answer when one asks the obvious question: “How could fat be just a narrative? There’s overwhelming medical evidence—A1Cs, the surge of type-2 diabetes, demonstrable risk factors—reliably indicating that excess fat is a health hazard. This has nothing to do with ‘stories we tell ourselves’ or ‘societal power structures,’ and instead directly corresponds to facts about the human body.”

In response, grievance scholars point to articles in the peer-reviewed journal Fat Studies: “Toward a Fat Pedagogy: A Study of Pedagogical Approaches Aimed at Challenging Obesity Discourse in Post-Secondary Education.” Not knowing any better, and seeing a veneer of scholarly rigor and scientific peer review, people reasonably assume that such articles are trustworthy sources of knowledge. (They assume this because it’s how the peer-reviewed process has traditionally worked: Academics try to disconfirm or falsify claims, as opposed to seeking support for them.) These articles tell us that obesity is but a narrative and there are other narratives, such as being healthy at every size, and there’s no reason to “privilege” one narrative over another.

It doesn’t stop there. Grievance scholars then use articles like those published in Fat Studies to credential themselves and receive promotion and tenure. They proceed—from the safety of professorships they’ll hold for life—to design courses around this literature. They test students on the material, marking answers right or wrong according to how closely they replicate the laundered ideas.

Within their academic ecosystems, grievance scholars hire new faculty members with similar moral commitments who’ve written for the same journals. Eventually, they institutionalize their ideas in the larger academic system. This process, which has been propagating laundered ideas for at least three decades, now has enough “scholarship” behind it to have a significant cultural impact.

Students leave the academy believing they know things they do not know. They bring this “knowledge” to their places of employment where, over time, laundered ideas and the terminology that accompanies them become normative—giving them even more unearned legitimacy. And this is why you’ve heard some of the terms we began with: cisgender, fat shaming, heteronormativity, intersectionality, patriarchy, rape culture, and whiteness. They’ve been laundered through the peer-reviewed literature by activist scholars, then widely taught for years, before being brought into the world.

Now, at least, you won’t mistake them for knowledge.

Mr. Boghossian is a co-author of “How to Have Impossible Conversations.”