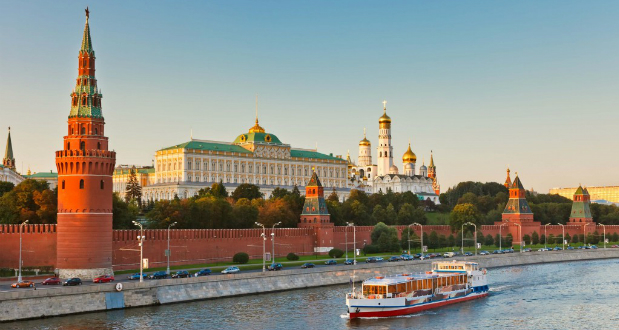 The Kremlin in Moscow

The Anaheim Union High School District is sending district staff – including Superintendent Mike Matsuda and Anaheim High School teacher Ryan Ruelas – on recruiting trips to Asia and Europe to convince “high net worth families” to enroll their children in AUHSD schools. The Recruited students would pay tuition of nearly $14,000 to attend an AUHSD high school for their senior year and graduate with a high school diploma.

The agreement will help AUHSD to “increase student enrollment” and “supplement funding to the school district,” and “develop AUHSD into a top destination for domestic and international families.”

Among to the contract, Linden consultants will travel to 12 cities in 10 countries to “meet high-net worth families interested in US Education.” The consultant will also take AUHSD staff on three “custom tours” to recruit foreign students. 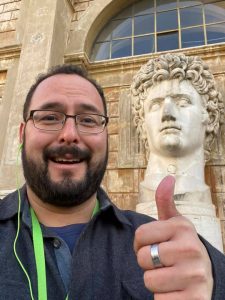 Ruelas Flies To Moscow, Hamburg
Between September 20 and 24, Ruelas traveled to Moscow, Russia and Hamburg, Germany. Also on the recruiting trip was David Green, program administrator for international student services at the AUHSD.

Ruelas is a prolific social media user and frequent traveler who continually posts selfies on Facebook of him at district functions, political events, and vacationing.  In the case of his district-funded trip to recruit high net worth German and Russian families, he observed a social media blackout.

Ruelas is a member of the ruling body of the powerful California Teachers Association, and a member of the Anaheim Elementary School District Board of Education. He is generally expected to challenge District 5 Councilman Steve Faessel for re-election.

Anaheim Blog e-mailed the AUHSD on November 1, 2019 with a number of questions requesting requesting additional details about the recruiting trip, such as why Ruelas was selected for it.  To date, the district has not replied to those inquiries.

Matsuda: China Bound
In October 2019, the AUHSD Board approved spending up to $2,800 to send Superintendent Matsuda on a recruiting trip to Jinan, the capital of Shandong province in China, from November 12 to 16. In December, the Board approved agreements Matsuda had secured with the Jinan Education Bureau, four Jinan high schools and a Jinan-based consulting known as Ivy Education and Technology Ltd.  Under these agreements, an unspecified number of Chinese students will enroll in AUHSD schools, paying annual tuition of $13,325 per student for the current school year, and $14,351 for the 2020-21 school year.

Funding or Diversity?
Why is the district expending so much time, energy and money on recruiting students from wealthy Asian and European families?

According to the district,  it’s important for “exposing…AUHSD student to different cultures and experiences.”

But that rings hollow coming from a district whose leadership constantly touts the diversity of its student body. The AUHSD students are 67.8% Latino, 18% Asian and Pacific Islander, 2.2% African-American and 5.9% White, and collectively speak 55 different languages. Exactly how does the addition of wealthy students from China, Russia and Germany enhance students diversity experience?

However, the AUHSD has for years been experiencing declining student enrollment even as district spending increases. Recruiting students from “high-net worth families” in other countries helps offset those trends.

Desire for funding also underlies the district’s routine denials of requests from families to transfer their children to other school districts. has been denying family requests to transfer to schools in other district.

In 2017, the OC Register exposed the district’s practice of routinely denying requests by parents to transfer their children to schools outside of AUHSD. The district ultimately denied more than 450 inter-district transfers. Ultimately, the Orange County Board of Education overturned nearly all the denials.

According to district e-mails that eventually surfaced due to a California Public Records Act lawsuit, the district’s primary motivation was money: AUHSD leaders wanted to keep the millions in per-pupil funding they’d lose if the transfer requests were granted,

In same district leadership that prevented parents from transferring their kids out of the district is traveling the globe recruiting rich foreign students, and the common denominator? The quest for money.

Where Are They Enrolling?
Another question: in which high schools are these “high net worth” students being enrolled? According to its agreements with the student recruitment consultants, district leader also see this recruitment program as a tool to brand AUHSD as an elite destination for wealthy foreign families desirous of educating their offspring in the United States.

Unfortunately, the AUHSD doesn’t measure up to that image according to state metrics: more than 50 percent of AUHSD students fail to meet English language arts standards, while 70 percent don’t meet state standards for mathematics. AUHSD is tied for last among Orange County school districts in terms of the percentage of high school graduates who are accepted to college.

The exception is Oxford Academy in Cypress, which accepts high-achievers from public elementary schools that feed into the sprawling AUHSD. Oxford Academy is routinely ranked as one of the top public high schools in the country.

If you’re a “high net worth” parent from Europe or Asia spending nearly $20,000 after tuition, airfare and living expenses to graduate your son or daughter from an AUHSD high school – with the goal of moving them on to highly competitive UC Irvine or Cal State Fullerton – would you choose Oxford Academy or Katella High School?

If the AUHSD ever responds to our requests for information about this program – a result that sometimes requires legal action – we will update our readers.

In the meantime, perhaps Matsuda, Ruelas and others who constitute the district’s political leadership should focus on improving educational opportunities for local families rather than traveling the world in search of wealthy foreign students to burnish the district’s branding.