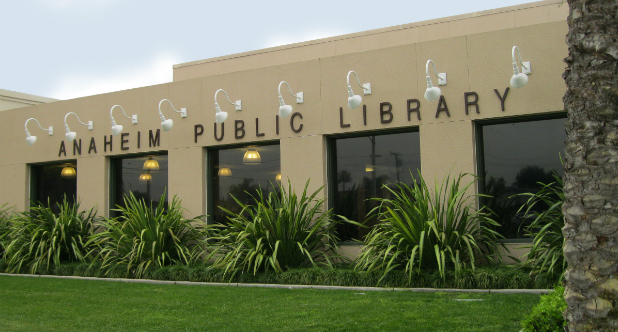 While opining about the sale of Angel Stadium last month, Councilman Jose F. Moreno digressed and expressed his displeasure that the Anaheim public library is not open on Sundays. I think he was trying to make a point about funding for public services.

Moreno is correct: the Main Library is closed on Sunday, and most of the branch libraries are only open five days a week. Furthermore, his point is well taken: the community – particularly students – would benefit from being able to access the library on Sundays.

There’s a solution: issue an RFP for library operations, in which the city’s library participates.

There’s no inherent reason the City of Anaheim has to operate its library system. 22 Orange County cities contract with the County of Orange to operate their libraries – and nearly all of those are open all day on Sunday.

Many municipalities contract out the management and operation of their libraries. Since 1997, Riverside County contracted with Library Systems and Services (LSSI) to operate it’s troubled, sprawling county library system. LSSI was able to increase hours and add staff without increasing costs.  Last year, the Riverside County Board of Supervisors voted to spend $50 million on three new branch libraries.

The City of Orange faced a similar situation several years ago. The city’s library department dealt to with tightening budgets by simply cutting library hours. By 2011, the city’s marquis Main Library was only open five days a week, and the two branch libraries were only open half the week with confusing hours of operation.

The city considered issuing an RFP for library services (this writer was working with LSSI in an unpaid capacity toward that end). Rather than going immediately to an RFP, Mayor Tita Smith secured council agreement for first giving the library director an opportunity to conduct a review of library operations to determine if hours and services could be expanded within existing budget constraints.

Faced with the unappetizing prospect of having to compete in an RFP process with two entities – OC Public Libraries and LSSI – that would be able to offer more hours and services to less money, the library director and staff used the reprieve to sharpen their pencils. Lo and behold, they discovered it was possible to keep all three libraries open six days a week within existing budgetary constraints.

Inertia took it from there and the council voted 3-2 against issuing an RFP (Mayor Carolyn Cavecche and Councilman Fred Whitaker supported conducting an RFP).  While LSSI and OC Public Libraries would have ensured Orange’s libraries were open 7 days a week, the prospect of competition – the possibility of losing control of library operations – impelled the city’s library to significantly expand public access to their public libraries.

The only thing preventing Anaheim from pursuing a similar approach is political will. At about the same time, LSSI secured a meeting with Mayor Tom Tait (facilitated by this writer in an unpaid capacity). Company representatives wanted to brief the mayor on their company and its services. They were also interested in obtaining the operations and financial details of the Anaheim public library in order to determine if they could offer expanded library services at the same or lower cost. Mayor Tait asked the Community Services Department to cooperate in that regard.

The Orange County Employees Association got wind of this and began sending misleading mailers to all Anaheim voters alleging the city was about to “privatize” the city’s library system. That was the end of any exploration of alternatives for expanding library services in Anaheim.

If Councilman Moreno wants to expand Anaheim library hours – a laudable and worthy objective – it can be done. But it will require putting residents first, thinking and acting outside the box, putting ideology aside, exercising political will and potentially bucking political allies and supporters.