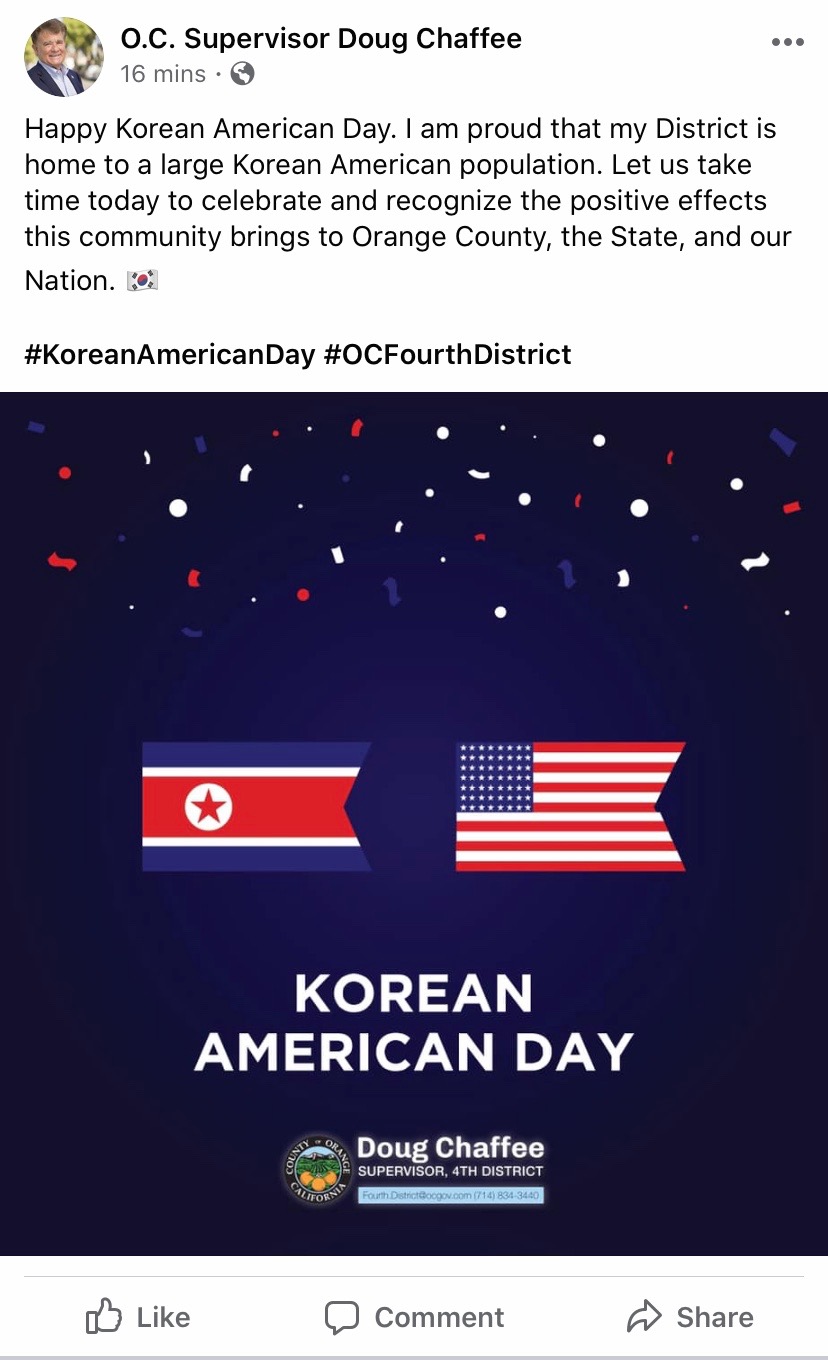 Yes – that is the flag of the Democratic People’s Republic of Korea – commonly known as North Korea, the most brutal totalitarian dictatorship on Earth.

How does this happen? It’s not as if people are unfamiliar with the flag of our South Korean ally: 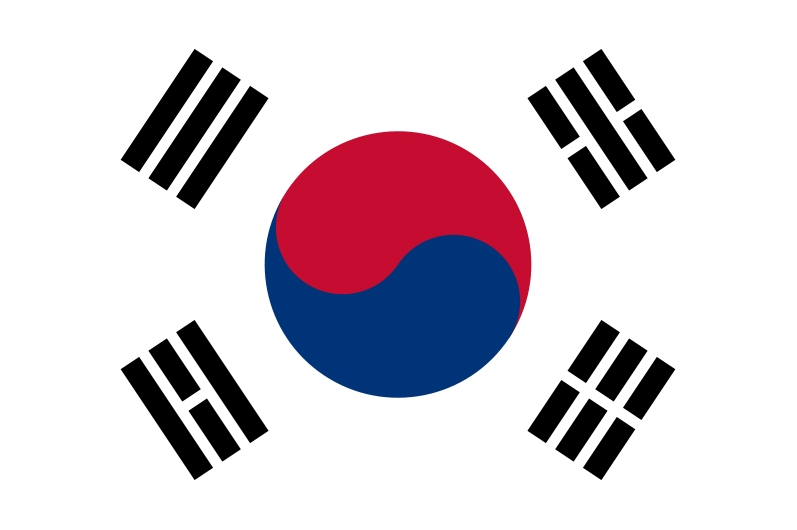 If anything, a light bulb should have flicked on when the Communist North Korean flag was plopped into the graphic. Chaffee’s staff is highly political and ought to have known better. Chief of Staff LaShe Rodriguez is a veteran political operative (and recent transplant from Riverside who is now running for the Placentia-Yorba Linda Unified School District Board of Trustees). Deputy Chief of Staff Al Jabbar is a political animal and member of the Anaheim Union High School District Board of Trustees. Communications Director Jannelle Welker is another long-time political operative. Chaffee’s wife and staff member Paulette is running for the Orange County Board of Education from District 4.

Yet, known of them seem to know the difference between the very distinctive and recognizable South Korean flag and the banner of Pyongyang.

At some point Chaffee’s office realized the mistake and late yesterday afternoon the original post was taken down and replaced with one using the South Korean flag (which some suggest might be a Brown Act violation). 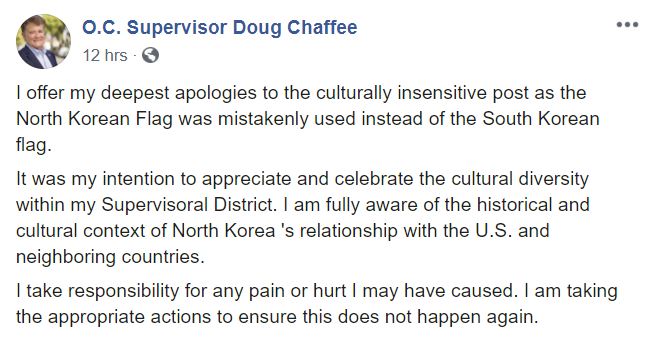 It’s not even a very good apology. Use of the North Korean flag was politically, not culturally insensitive. The differences from North and South Korea are deeply political, not cultural.

And what’s with dancing around the North’s communist ideology and military aggression – most notably its 1950 invasion of the South, precipitating the Korean War? If Chaffee is “fully aware” of the “historical and cultural context of our relationship with Pyongyang, then state it plainly: North Korea is a brutal, inhumane totalitarian dictatorship with whom our country fought a war to save the South Koreans from communist enslavement.

It’s uncertain what the “appropriate actions” are that Chaffee is taking to prevent repeats in the future. Maybe hold of photos of the South and North Koean flags at the next few staff meetings so everyone knows the difference?