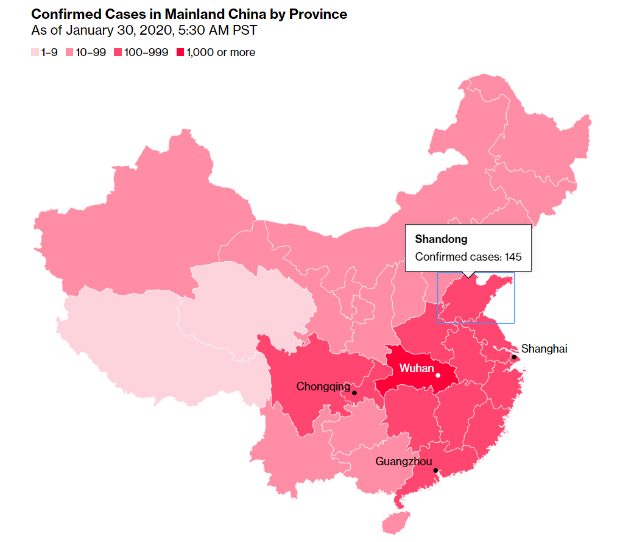 The outbreak of novel coronavirus in China has been dominating headlines this month, as the Chinese government struggles to contain its spread and more cases of infection are confirmed around the world – including here in Orange.

Shandong province is also caught up in the novel coronavirus outbreak, with the number of confirmed cases escalating dramatically. On January 23, there were 6 confirmed cases in the province. By yesterday, January 29, that number had climbed to 145 – an increase of 2,316% in less than a week, according to the National Health Commission of the People’s Republic Of China.

Chinese authorities have banned long-distance bus and taxi travel in, out and across Shandong province. Trans-municipal taxi service in the province has also been suspended.

According to a January 23 NBC News report:

Speaking by phone from Shandong province in eastern China, university student Li Tianxin said her family has lost thousands of dollars after the virus forced them to cancel their travel plans.

“My family has prepared to go to Hainan [an island province of China] for the Spring Festival holiday, but worrying about the virus, we have to cancel all the flights and hotels,” the 21-year-old said. 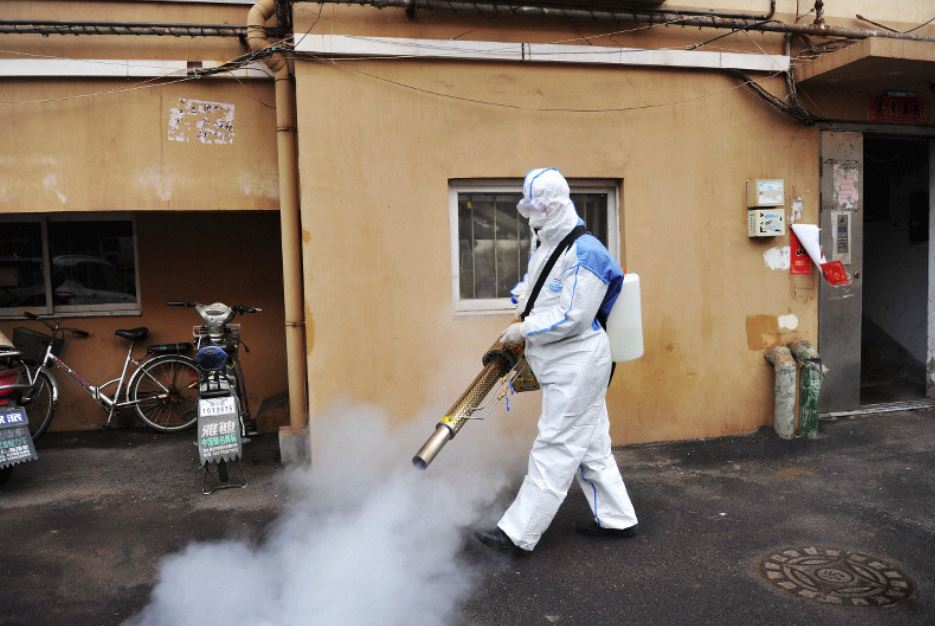 How has the novel coronavirus outbreak impacted the AUHSD’s efforts to recruit Chinese students from high net-worth families in Shandong? The district is suspending the program for the time being, according to messages sent out last week by the AUSHD:

“In light of health concerns that have been brought to our attention regarding an upcoming visit from Chinese students to some of our schools, we will be cancelling those visits. Although we recognize the efforts and excitement around these visits, the safety and security of our students, parents, staff, and community remains our highest priority.

While we had multiple precautions in place to ensure the well-being of all involved and families from China had much invested in this trip for their children, we felt cancelling these trips from China was the right thing to do for our community.

The population of Shandong province is 91 million, so the odds that any of those students are infected are slim. Nonetheless, the district is correct to act from an abundance of caution.