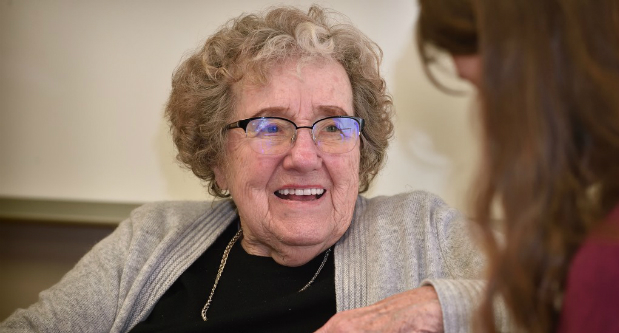 As many readers know, Esther Wallace, one of Anaheim’s community pillars passed away last week. Ms. Wallace’s devotion to improving West Anaheim reached down to her bones. She was the animating force behind the West Anaheim Neighborhood Development Council (WAND) and was a long-standing member of the Magnolia School District Board of Education.

This past Tuesday, Mayor Pro Tem Steve Faessel adjourned the council meeting in her memory, and had this to say in tribute:

[Councilmembers Jordan Brandman and Denise Barnes] have already given a great tribute to her. I guess I got to know her in the late 90s , and again, as has already been mentioned by both of you she was a great mentor to us all – and she was very definitive about what she liked and didn’t like, and I think we were all on the receiving end of that from time to time. May she rest in peace. She’s a great woman – and a huge loss to the city.”

District 2 Councilman Jordan Brandman paid tribute to her at the council meeting and on his Facebook page:

Anaheim lost one of its greatest citizens when Esther Wallace passed away yesterday at the age of 92. A dear friend and fearless champion for West Anaheim, my love and respect for Esther has no bounds.

Her leadership as a Trustee for Magnolia School District and Chair of the West Anaheim Neighborhood Development Council made West Anaheim a proud and quality community in which to live and raise a family.

Esther worked to serve her neighbors up to the very end, and together we did what she loved most – providing for the quality education of students and advocating for her neighbors’ interests.

Moreover, she was a role model and mentor to many, including myself. I will always remember fondly every conversation I ever had with her, including those where she and I had different perspectives. Through my many tears, while writing this, I am comforted in knowing she will continue to watch over us all in West Anaheim.

Please join me in expressing warmest thoughts and prayers to the Wallace and Magnolia School District families.

You know, Esther Wallace, she was a special person. Very kind. Very personable. And she really meant to take care of the community – especially West Anaheim. Very passionate.

I got to know her in the summer of 2002, and ever since we’ve been good friends. We shared a lot, especially on the homeless issue, when the homeless issue was going on. And I promised her, that’s the first thing I’m going to look into as soon as I get elected. I told her I will do that, cause it was a major issue in District 1 and District 2.

In your memory, Esther Wallace, we close tonight.

Cities and communities are stronger and better the more Esther Wallaces they have. Requiescat in Pacem.