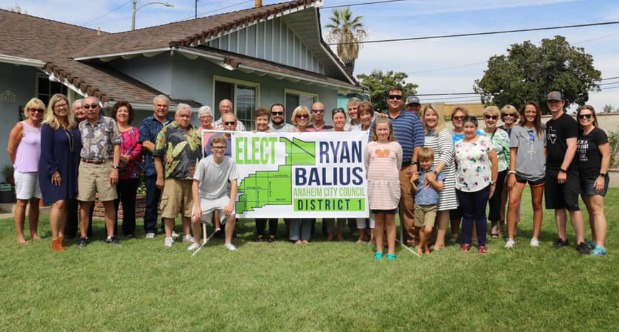 Ryan Balius, who is running for Anaheim City Council from District 1, is off to an impressive start in his campaign.

This is first bid for elected office by Balius, a long-time member of the Anaheim Parks and Recreation Commission who is active in the West Anaheim Neighborhood Development Council (WAND). First-time candidates without a deep background in political activism often struggle with a key aspect of running for office: fundraising.  Few people like asking for money, and fundraising is often an area in which otherwise solid candidates fall short.

Balius, however, was able to raise nearly $10,000 in the last part of 2019. That total is more impressive considering he put it together from smaller contributions of $100 to $200 dollars.

By contrast, when current District 1 Councilmember Denise Barnes was recruited to run in 2016 by then-Mayor Tom Tait, most of the first $15,000 she raised come from five $1,900 contributions from the Tait family and one of their rich allies. 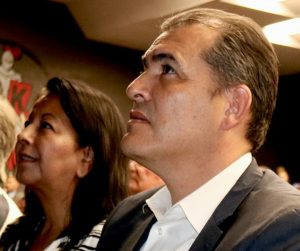 Gazing into a bright progressive future.

As of this writing, Barnes, a Republican, has not formed a re-election committee and has not announced whether or not she will seek re-election.  Barnes has steadfastly supported Councilman Jose F. Moreno’s attempts to push a progressive Left policy agenda, and he will presumably endorse her if she seeks re-election.

If she does not, speculation is that North Orange County Community College District Trustee Ed Lopez will run as the District 1 candidate of the Moreno Slate.  Lopez is a long-time left-wing activist who has called for getting rid of California’s tradition of non-partisan local elections and making them partisan in order to facilitate Democrat domination of local government:

“I really don’t like non-partisan local races. This is a blue state and Democrats could do a lot better in getting people elected to school boards and city councils if they saw a “D” after the name on the ballot. When they don’t see and R or a D they don’t really know they’re voting for. So I think we should get rid of that and have partisan local elections.”