Ballot Parties All The Rage On The Left

We reported last week on the “ballot party” held February 15 by the Democratic Party of Orange County and UNITE-HERE Local 11, in which Local 11 members were summoned to bring their ballots so party and union officials could direct them how to vote.

This past Saturday, the Bernie Sanders for President campaign held a ballot party at Ponderosa Park in Anaheim: 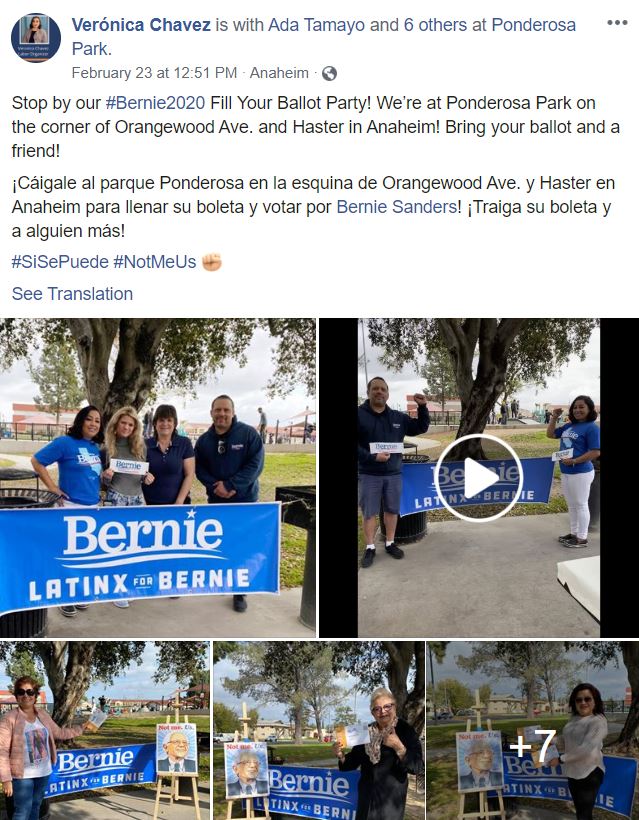 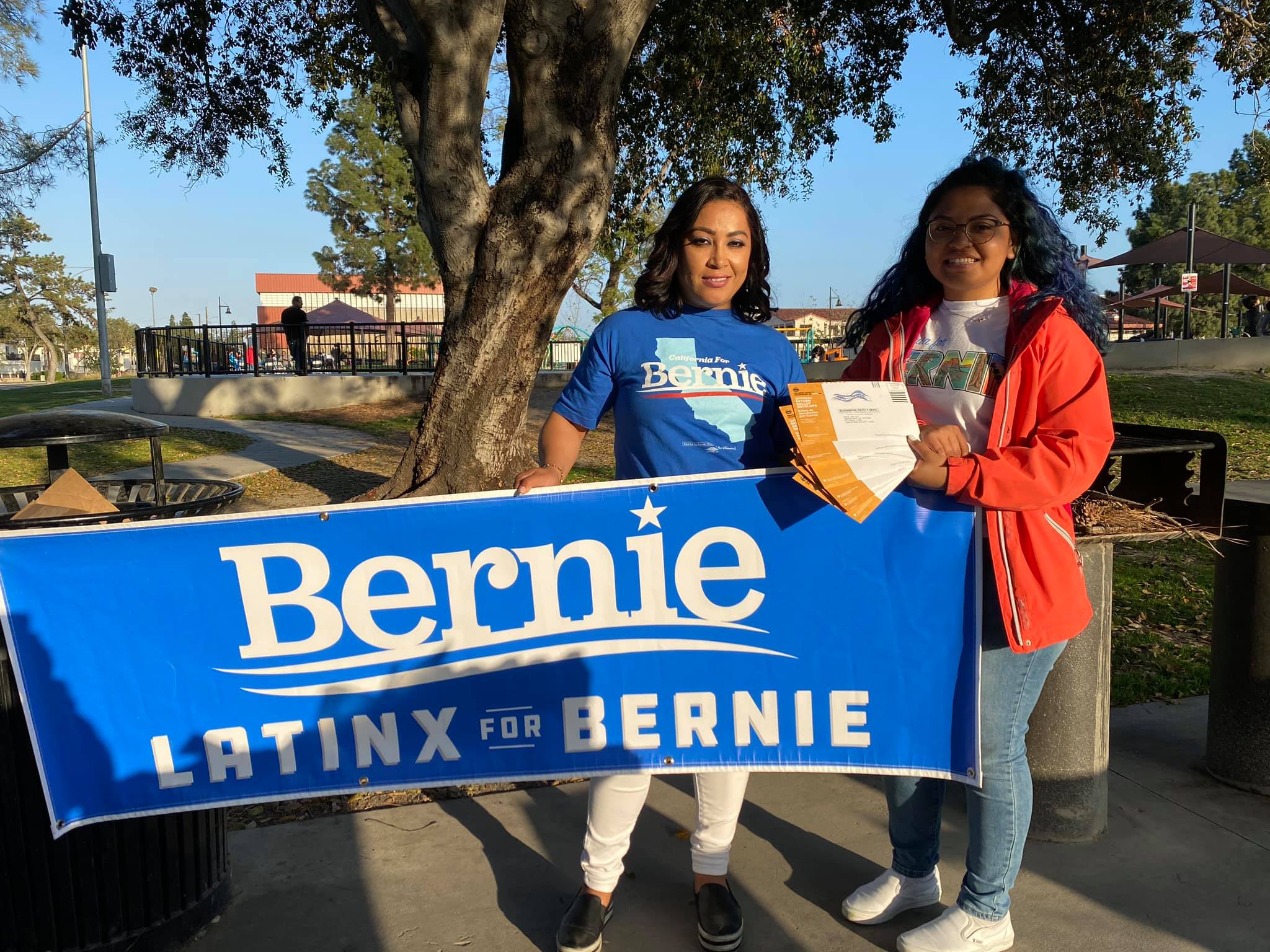 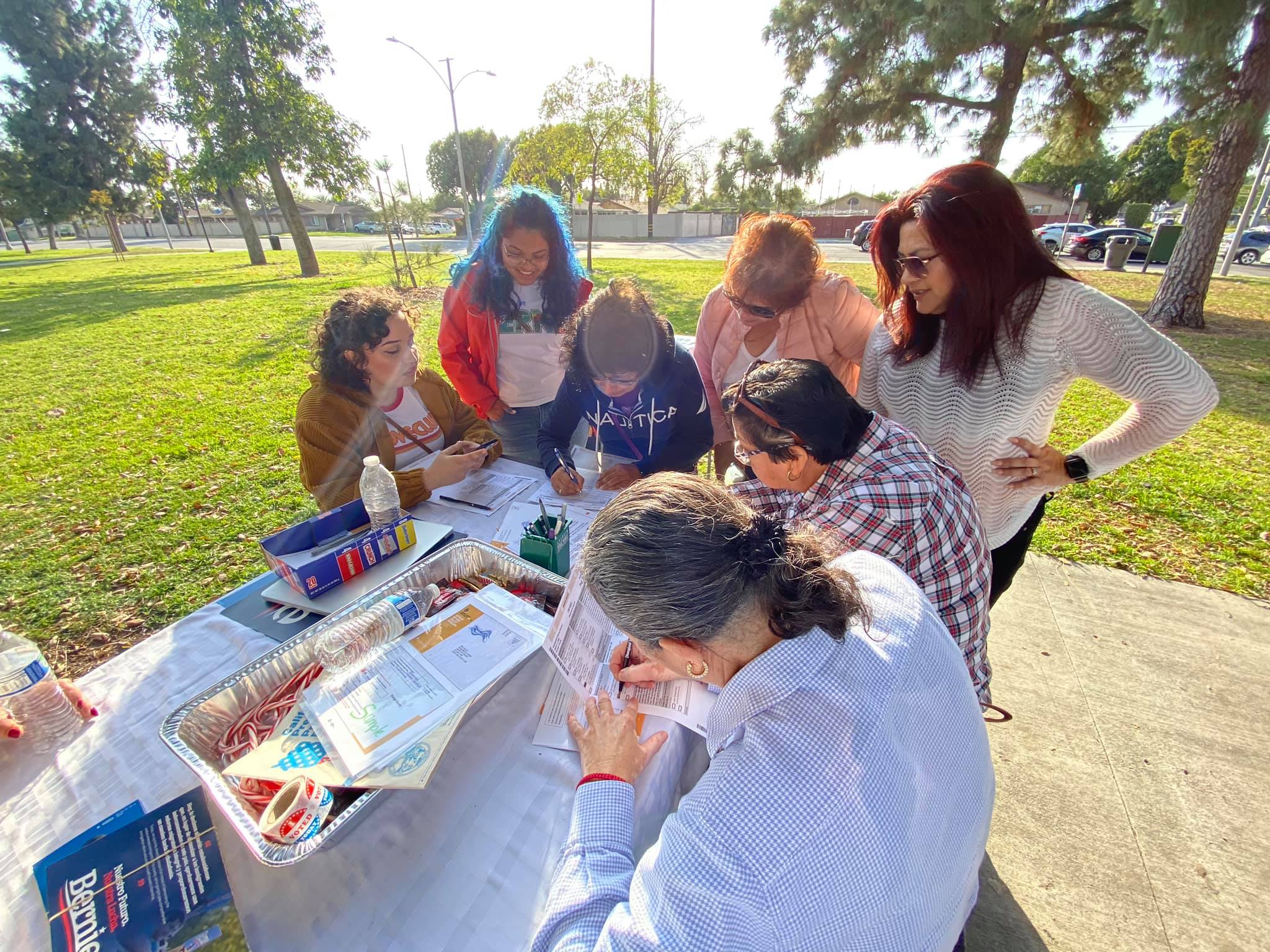 Nothing like filling out your ballot while political operatives post photos of how you voted for the world to see.

On Tuesday, the ballot partying hit the Anaheim Convention Center: 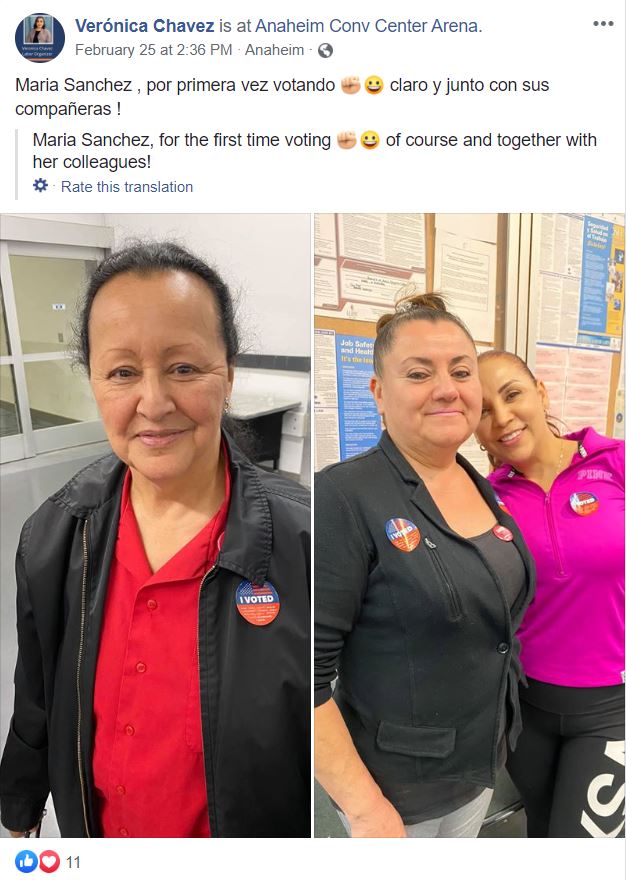 Yesterday, there was a ballot party at the Irvine Marriott: 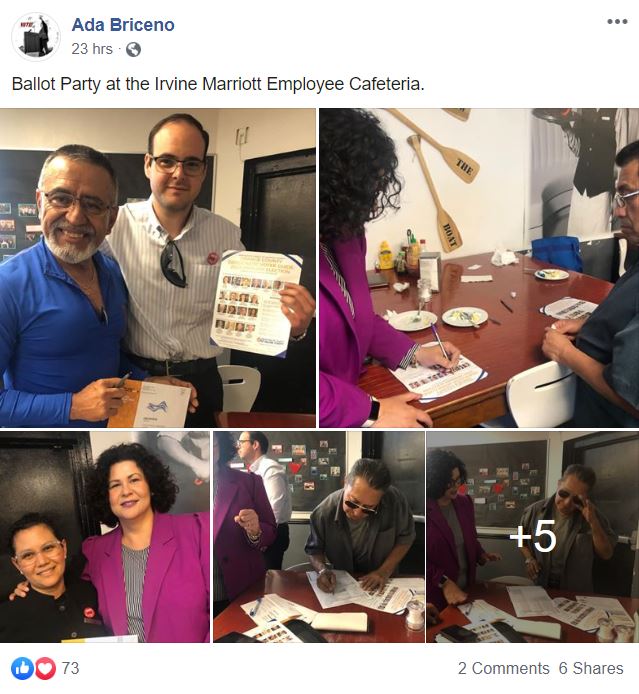 Ada Briceno is the co-president of UNITE-HERE Local 11. She’s also chair of the Democratic Party of Orange County. She has also publicly endorsed Bernie Sanders for President. And she’s running for the Democratic National Committee. 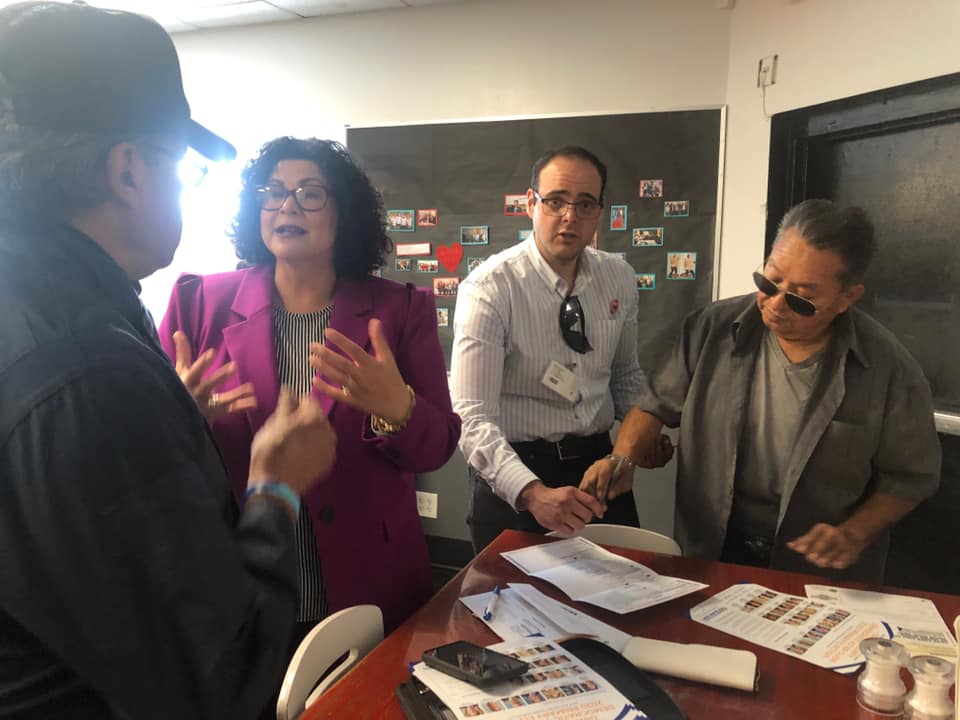 “Thank you for voting the way we showed you.” 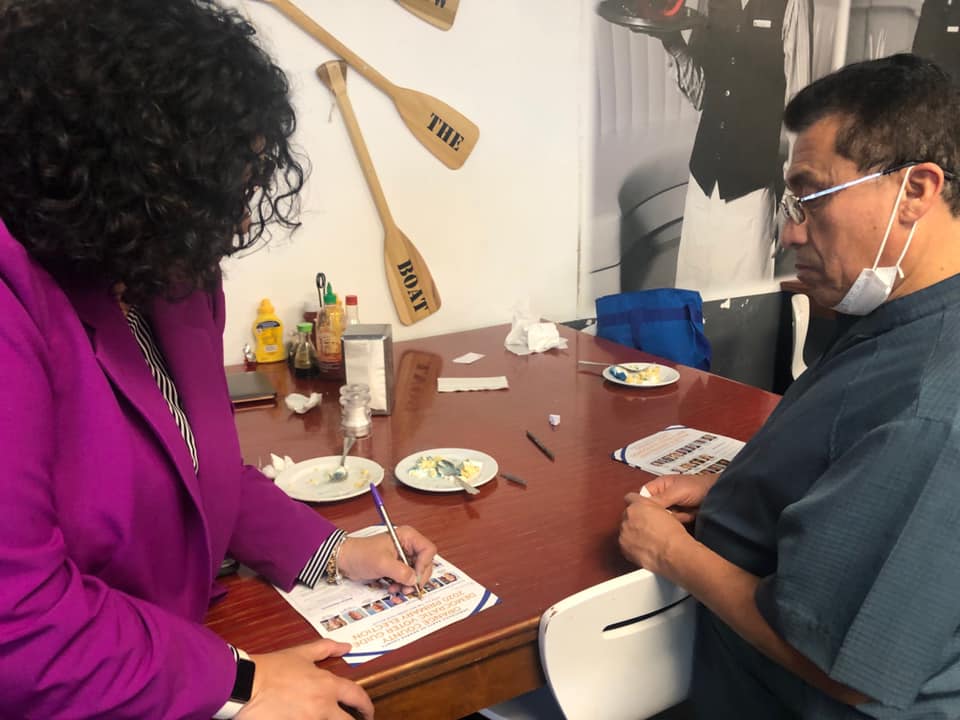 “Here. Let me help you choose whom to vote for.” 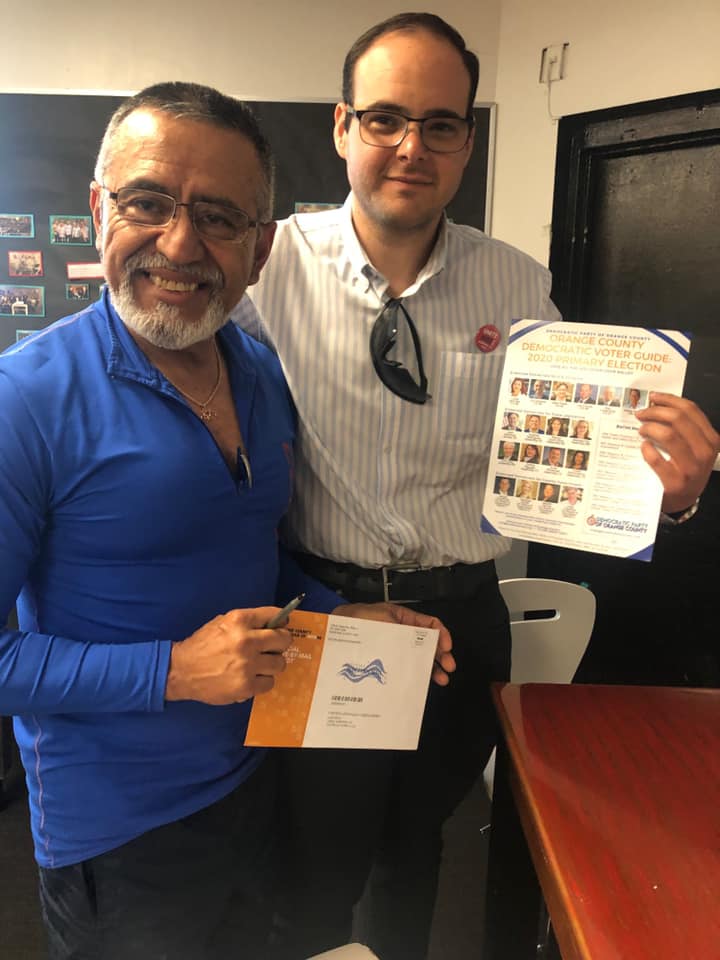 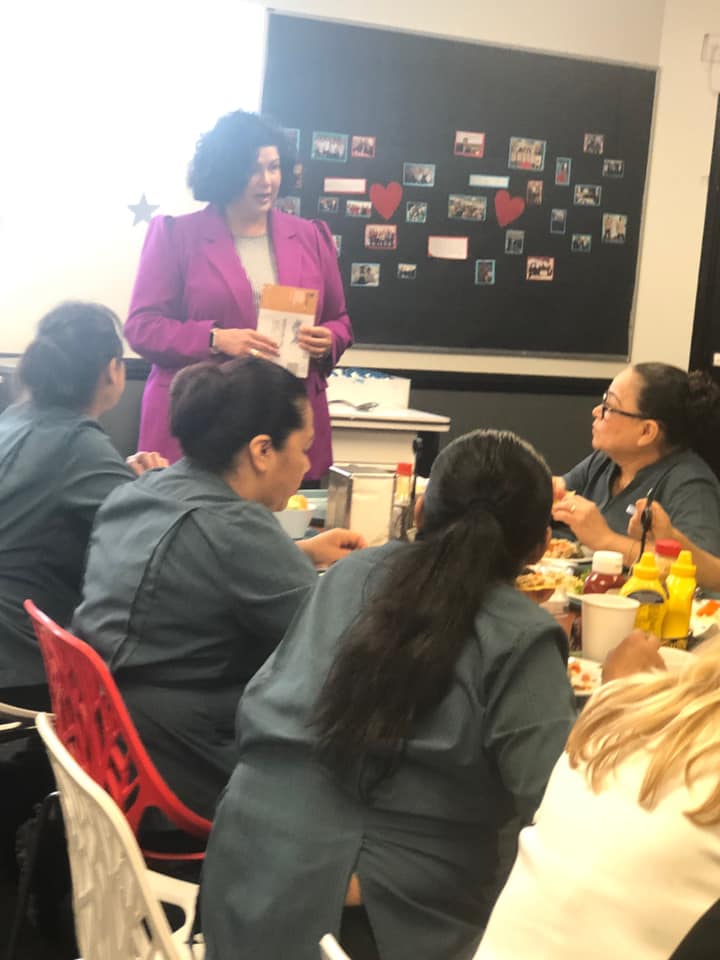 “Attention, ladies – we need to talk abiout how you’re going to vote.”

Housekeeping staff at the Irvine Marriott are represented by Local 11, but the OC Democratic Party and UNITE-HERE Local are so intertwined in the Era of Ada that it’s difficult to tell where one ends and the other begins.

As you can see in the photos, the only candidate information provided by Briceno is the OC Democratic Party voter guide. Now, even assuming Local 11 members at the Irvine Marriott are mostly Democrats, shouldn’t Briceno provide voting guides from all parties since Local 11 is ostensibly non-partisan non-profit? As noted, Briceno is blurring the line between union boss and party boss into oblivion. 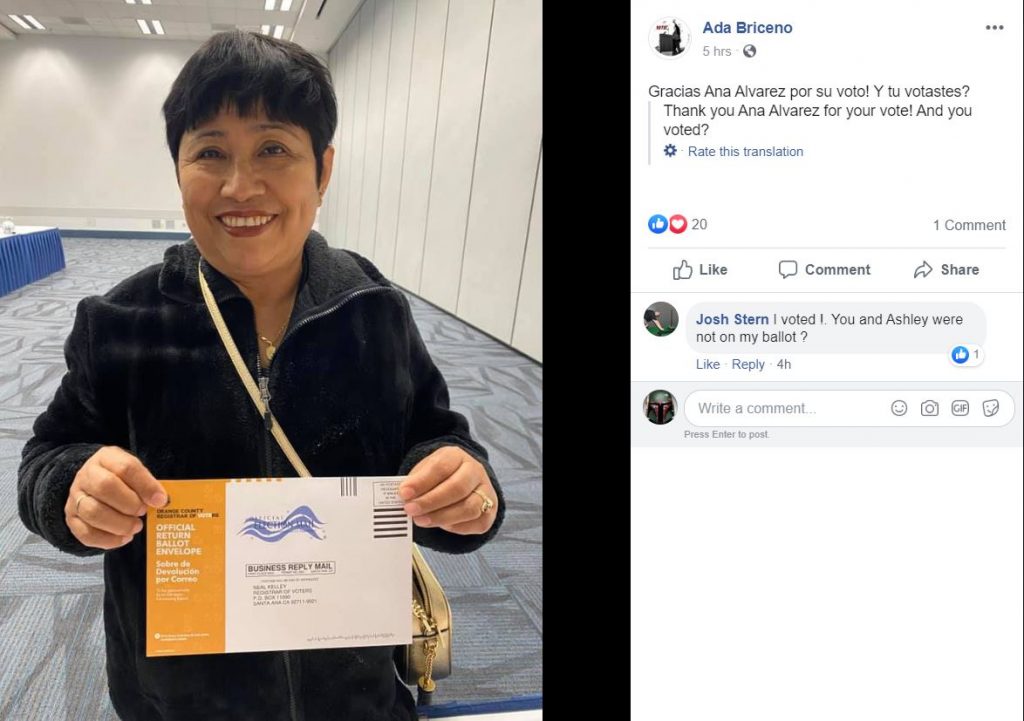