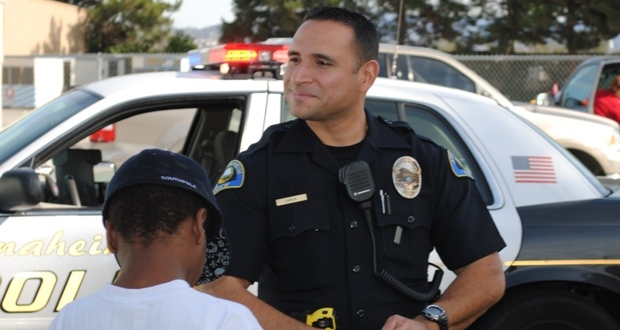 The Anaheim City Council recently approved a new, six-year contract with the Anaheim Police Association (APA). Under the terms of the agreement, police officers will receive a 3% pay increase for 2019-20 fiscal year, and annual increases of 2.5% through the 2024-25 fiscal year.

“Public safety to Anaheim is a very, very high priority,” said Councilman O’Neil. “And when we’re dealing in an environment where Sacramento and their soft-on-crime policies continuing to make it more difficult for our police to keep us safe, patrolling our neighborhoods – we have decriminalizing, prison re-alignment – all these things that have contributed to the crime in our neighborhoods – it’s important to me that we are able to attract the best, and the brightest and most experienced officers.”

O’Neil acknowledged the recent budget forecast presented by staff indicated the city may dip into reserves in the next couple of years. At the same time, he noted the forecast did not take into account new revenues that will be generated by “known economic development projects that are going to be coming online.”

“So we know that the size of our economy is going to continue to grow, and we are creating new jobs and new revenues, and at the end of the day, we’ll get over that hump. And then we’ll have the LPMR bonds paying off to where at that point, we’ll be in the clear, and by that time we’ll have hopefully paid down our unfunded pension liability.”

Councilman Jose F. Moreno criticized the proposed contract as to expensive while proclaiming his support for police. Since his 2016 election to city council, Moreno has consistently voiced is desire to increase the city’s payroll and opposed economies like contracting out functions such as janitorial and grounds-keeping services. 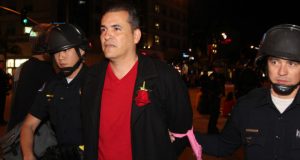 Councilman Jose F. Moreno being arrested by Anaheim police in 2019.

However, there’s reason to suspect Moreno’s opposition to the police contract is about more than dollars and cents. After all, Moreno votes for every other city employee union contract that comes before him, including with the Anaheim Municipal Employees Association, which contributed $2,000 to his 2018 re-election.

Moreno has accused the APA of bigoted campaign tactics and helping perpetuate that progressive fetish, the “school-to-prison pipeline.” The APA has opposed his campaigns for city council and been critical of Moreno’s understanding of the union and policing in general.

Furthermore, given Moreno’s fervent support for the socialist policies of Bernie Sanders – which entail the massive growth in the size and power of the federal government, with concomitant expansions of federal spending and taxation – it is hard to credit his profession of fiscal rectitude.