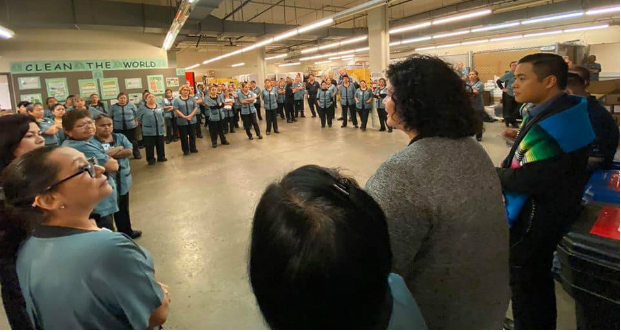 Last year, UNITE-HERE Local 11 boss Ada Briceno was elected chair of the Democratic Party of Orange County. Briceno is pretty hard Left, and her ascension was greeted with elation in the left-wing quarters of the party.  Briceno and Councilman Jose F. Moreno are thick as thieves. The passage of council district elections and other initiatives to advance progressive Democrat fortunes in Anaheim owe much to her anteing up the financial and organizational resources of political organizations she controls.

She’s now trying to leverage her regional celebrity among progressive activists into election to the Democratic National Committee. However, despite her indefatigable efforts – ballot harvesting, ballot “parties” and other heavy-handed vote-wrangling techniques – and presence on progressive candidate slates, Briceno was barely re-elected to the DPOC Central Committee she chairs: 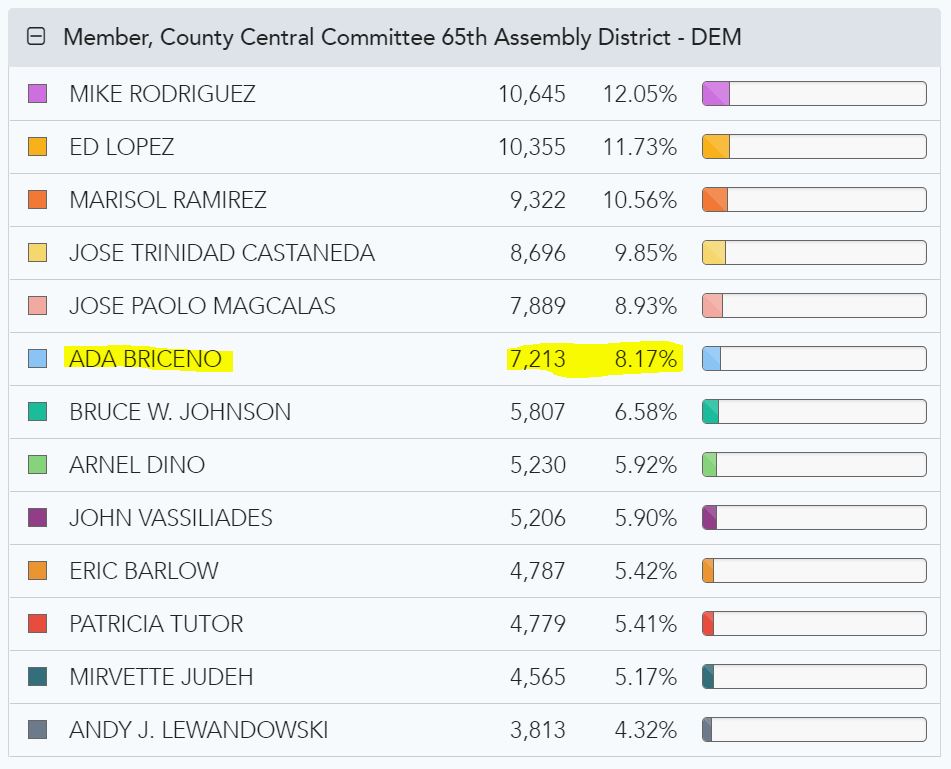 Briceno is a high-profile OC Democrat political figure. Given the DPOC’s stunning political successes in recent years, it’s equally stunning that Democrat voters almost tossed her from the DPOC.  She ought to be a shoo-in. Perhaps more and more Democrat voters sense her hard-leftism – and problematic attempts to juggle simultaneously serving as party chair and being a union boss – aren’t necessarily in the best interests of their party.