Posted by: Matthew Cunningham in 2020 Elections, Government & Politics, OC Board of Education March 5, 2020 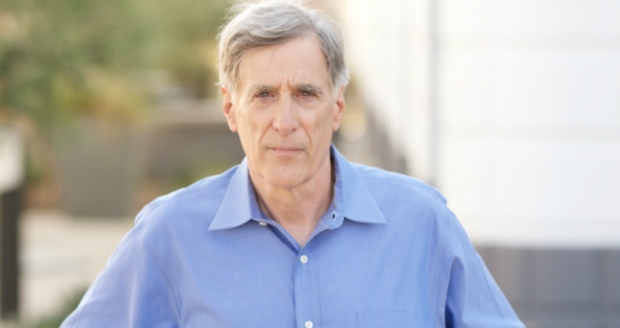 Andy Thorburn threw $777,000 of his own money into his attempt to defeat Area 3 incumbent Trustee Dr. Ken Williams‘ re-election to the Orange County Board of Education, only to be blown out by 22 points:

It’s unprecedented for an OC Board of Education candidate to spend three-quarters of a million dollars out of their own pocket. This is the third elected office Thorburn has sought in the last two years. He lost a race for the 39th Congressional District in 2018, and was briefly a candidate in the 2019 special election for the 3rd Supervisor District (he bowed out in favor of former Rep. Loretta Sanchez). Between his congressional and OCBE campaigns, Thorburn has spent nearly $4 million on fruitless quests to be elected to something.

Thorburn, a progressive Democrat, blanketed voters with mailers, digital ads and cable TV ads. He presented himself as a “former classroom teacher” while painting the mild-mannered Williams as a “religious extremist.” Thorburn became hysterical at the end, approving cable TV ads accusing Williams, a physician, of supporting stoning gay people to death.

Williams, a conservative Republican first elected to the OC Board of Education in 1996, raised a little over $200,000 – most of that in the last three weeks of the campaign as charter school advocates donated heavily. Williams also received significant independent expenditure support in the final weeks of the campaign from the Charter Public Schools PAC, an arm of the California Charter Schools Association Advocates Committee with major funding from Netflix founder Reed Hastings and members of the Walton family.

Although hardly mentioned in candidate mailers, charter schools served as the driving underlying dynamic of the campaign. A majority of the Orange County Board of Education is charter school friendly. Since local school boards are often dominated politically by anti-charter teachers unions, the OCBE serves as the rare venue where charter school applicants are given a fair hearing.

Williams has been a long-time supporter of school choice and parental rights in education. Thorburn ran as the candidate of public school unions, Planned Parenthood and hard-Left activists. He was strongly backed by the left-wing cadre of Bernie Sanders supporters, such as Anaheim Councilman Jose F. Moreno and once-and-future Orange City Council candidate Betty Valencia.

Thorburn massively outspent and mercilessly attacked Williams. By contrast, Williams and the pro-charter school IEs ran a positive campaign – Thorburn was untouched by negative mailers or ads. At the end of the day, Williams trounced Thorburn, winning virtually every precinct.  Williams out-paced Thorburn in both vote-by-mail balloting and vote center balloting – whereas the pattern elsewhere was for Democrats to outperform their GOP opponents in voter center voting.

Thorburn might take the time to reflect if there are more productive uses for his millions other than spending huge sums on losing campaigns. Or maybe he’ll decide to spend half-a-million dollars running for Villa Park City Council in November.