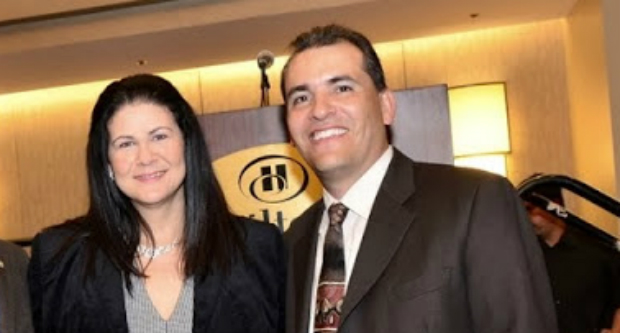 One of the items on tonight’s city council agenda is the annual Registered Lobbyist Annual Report.  Although it’s a receive-and-file item on the consent calendar, you can bet Councilman Jose F. Moreno will pull it. The opportunity to harangue his council colleagues and build his narrative for the 2020 city council elections will prove irresistible.

If Councilman Moreno’s sermonizing is to be credited, Anaheim city government is in the iron grip of monied, ruthless special interests who wield their power through money and lobbyists – and his lobbyist registration ordinance ferrets out these bad actors for “the people” to behold.

But does the 2019 Lobbyist Annual Report bear out that narrative? According to the report, twelve lobbying firms are registered in Anaheim, the tenth largest city in the state. All twelve firms had contact with city officials in 2019: some had several meetings, others just one meeting.

According to the report, the totality of campaign donations by lobbying firms to council members in 2019 was $11,186.44.  If you include 2018 campaign contributions by lobbyists, that number rises to $16,186 – which is a fraction of total campaign expenditures in Anaheim by candidates and independent expenditure committees.

Clearly, Anaheim’s dozen registered lobbyists are not the campaign check-writing juggernaut of Councilman Moreno’s imagining. According to that narrative, there’s a direct link between campaign contributions and city council action – at least when it comes to Moreno’s political opponents (the District 3 councilmember conveniently exempted his union allies from the lobbyist registration ordinance).

But is that really the case? For example, in 2018, McKenna Motors met with several city officials as it explored opening a Porsche dealership in Anaheim. McKenna reps met with Councilman Steve Faessel during the Fall, but didn’t donate to his campaign. On the other hand, shortly before meeting with Mayor Tom Tait’s chief of staff, McKenna executives contributed $8,000 each to the election campaigns of Tait-allies Moreno and District 6 council candidate Patty Gaby.  As far as is known, there’s been no movement on opening a McKenna Motors Porsche dealership in Anaheim.

It’s worth repeating that the lobbyist registration ordinance – which was sponsored by Moreno – exempts his campaign supporters having to register. For example, none of the city’s bargaining units is required to register, even though collective bargaining can reasonably be seen as a species of lobbying. If the representative of a wireless provider has to register in order to talk to city officials about putting up a cel tower, it’s reasonable to expect the bargaining representatives seeking a new contract with the city would, as well.  UNITE-HERE Local 11 has been pressuring the city to act according to the union’s view of how the “living wage” ordinance should be enforced. Yet, the union – which is arguably responsible for Moreno’s razor-thin election margin in 2016 – isn’t covered by the lobbying ordinance.

Don’t be surprised if Councilman Moreno is ready with a PowerPoint designed to unfairly portray his council opponents as mere vessels to advance the agendas of their donors. The political gaze of the virtucrat from District 3 is fixed on the November 2020 council elections. His goal is to become the de facto mayor of Anaheim by electing a majority that will use the city council to advance his left-wing policy agenda – and the agendas of his campaign allies. To that end will back a a slate of candidates in District 1, 4 and 5.  His words and actions from the council dais are harnessed to realizing that electoral outcome, and tonight will be no exception.