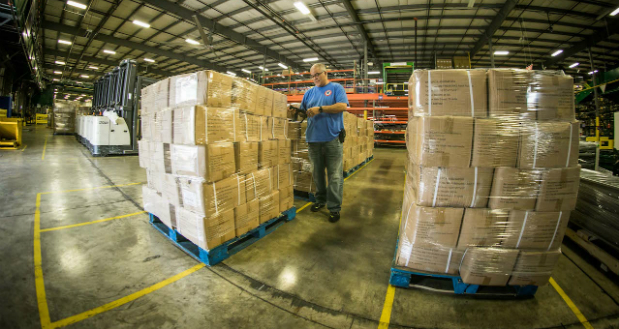 As the COVID-19 pandemic grinds on and the federal government extends shelter-in-place through April, Disney announced it will pay cast members at its currently-closed theme parks through at least April 18. Disney also announced it is donating 100,000 N95 masks and other personal protective equipment for use by front-line health care professionals in California, New York and Florida.

Although there were no reported cases of COVID-19 by Resort visitors, the Disneyland Resort made the decision to closed down as of March 16, following Governor Newsom’s executive order. All major Anaheim attractions also closed down at that time.  Last week, the company announced the closure will be in place “until further notice.” The closure also halts construction on the Avengers Campus in Disney California Adventure and the Mickey and Minnie’s Runaway Railway ride at Disneyland.

“While there is still much uncertainty with respect to the impacts of COVID-19, the safety of our guests and employees remains the Walt Disney Company’s top priority,” the company announced.

The Disneyland Resort has been paying its cast members during the shutdown, and has announced it will do so until at least April 18.

“The Walt Disney Company has been paying its cast members since the closure of the parks, and in light of this ongoing and increasingly complex crisis, we have made the decision to extend paying hourly parks and resorts cast members through April 18,” Disney announced on social media.

At the same time, Disneyland Resort hotels – the Grand Californian, the Disneyland Hotel and Paradise Pier – are accepting reservations for June 1 and onward.

The Disney Parks Blog reports the company is also steeping up with generous donations to assist health care workers on the coronavirus frontlines:

In response to requests from hospitals that are in need of additional protective garments and medical-related supplies, Disney Parks has donated 150,000 rain ponchos to MedShare, a humanitarian aid organization, for distribution to hospitals in need. The idea was inspired by nurses across the country who inventively found that rain ponchos can be an excellent way to protect their clothing and prolong the use of PPE, while also freeing up gowns when needed.

“The COVID-19 pandemic is unlike anything we’ve seen before,” said Charles Redding, MedShare CEO and President. “We have to find ways to pool our resources and work together to help the healthcare workers who are doing their very best to treat patients and contain COVID-19. We appreciate Disney partnering with us to support hospitals and healthcare workers on the frontlines.”

Disney Parks also recently donated more than 100,000 N95 masks to the states of New York, California and Florida, and is finding additional ways to give back.

These efforts follow the recent donation of more than 270 tons of food to local food banks from Walt Disney World Resort, Disneyland Resort, Disneyland Paris, and Aulani, A Disney Resort & Spa. Additionally, Disneyland Paris donated more than 100,000 medical supplies, including masks, hygiene caps and protective shoes to the French government for distribution to hospitals in France.  Since March, Disney Parks have provided nearly $3M in in-kind donations benefitting communities around the globe.