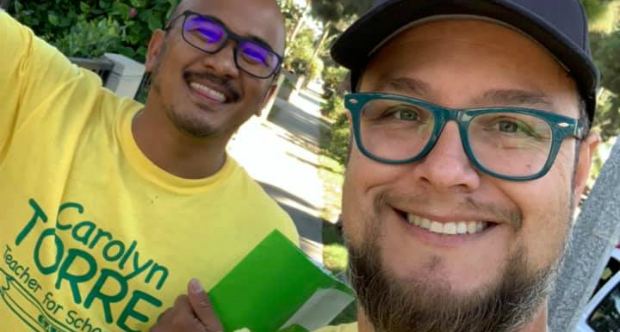 When socialist Sen. Bernie Sanders ended his quest for the Democratic presidential nomination last week, it prompted much wailing and gnashing of teeth from his fervent base of revolutionary progressives. Many of the Bernie Bros on Orange County also hold elected offices in Anaheim, Santa Ana and Garden Grove.

Juan Alvarez was especially out-out by the demise of the Sanders’ socialist crusade. Alvarez teaches at Sycamore Junior High School, and is a member of the Anaheim Elementary School District Board of Education. He’s also an officer of the Anaheim Secondary Teachers Association.

In Alvarez’s mind, there’s no question about who is responsible for the failure of Sanders: the “greed, racism and sexism” of the American people, as he vented on his Facebook page last week: 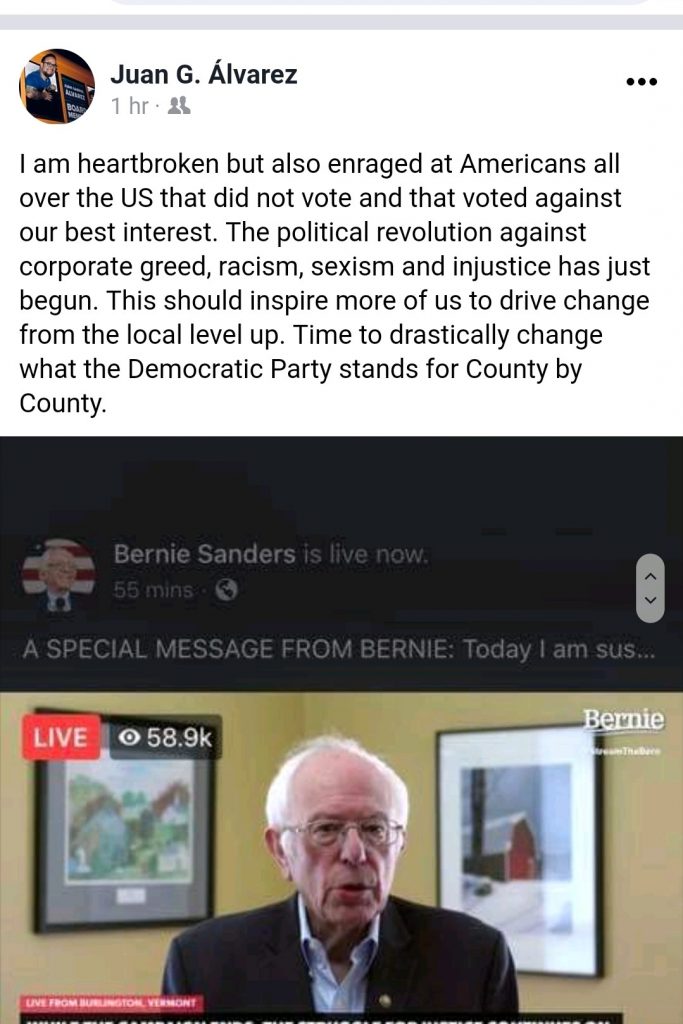 Sanders didn’t fail because most voters objected to his extremist policies, simplistic ideas, or the prospect of an avalanche of new taxes. In fact, it’s not Bernie’s fault at all, but the fault of greedy, racist, sexist voters who re too stupid to understand “their own best interest.”

Senator Sanders carried 59% of Anaheim Elementary School District voters. According to Alvarez, the other 40% who chose Joe Biden, Elizabeth Warren, Michael Bloomberg and other Democrat contenders are greedy, racist sexists who don’t know what’s best for themselves. 40% of Alvarez’s constituents in Trustee Area 2 did not vote for Sanders. Is he “enraged” at them?

This outburst isn’t an outlier, but indicative of how far outside of mainstream thought Alvarez is.

Remember the left-wing freak-out after the Trump Administration took out Iranian terror master Qasem Soleimani and progressive activists fretted a revival of conscription was just around the corner.  When Liz Gracian – a left-wing AUSHD educator who describes her job as “teaching activism” – warned on Facebook “military recruiters who will be out like Sharks getting our kids to enlist,” Alvarez responded that if the draft returned, he’d take his family to Mexico:

This is the same Trustee Alvarez who, after visiting the border wall at San Ysidro last year, vented his rage, calling the wall “fundamentally wrong” and calling for it to be torn down and for the US to embrace open borders.

Again, these are just expressions of Alvarez’s political radicalism. And now that he and the other members of the Anaheim Elementary School District have voted to incorporate race-based Ethnic Studies into their K-6 curriculum, AESD parents can expect the political radicalism of the AESD Board to filter into their children’s classrooms.