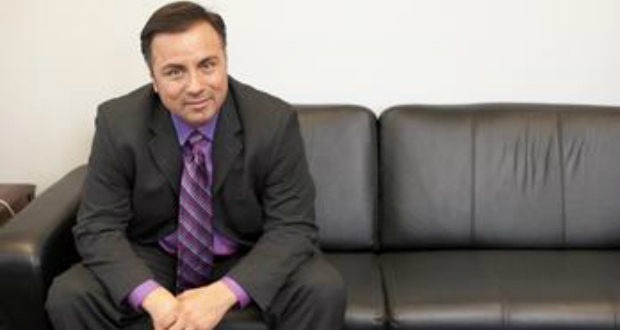 It’s been a while.

Yesterday, the Voice of OC once again showed it participates in, rather than reports on, Anaheim politics. We get it. But how about getting their facts straight?

The article starts out:

That same afternoon, an online city agenda item began circulating for a closed door discussion about Zapata’s firing or resignation.

Zapata proposed reductions for both.

Reporters Brandon Pho and Spencer Custodio dispense with their customary “obtained by the Voice of OC” description of the e-mail. We all know it was e-mailed to them by Councilmembers Jose Moreno or Denise Barnes or their political activist staffers. Or, all of the above.

However, Custodio and Pho paint an inaccurate picture by misleading readers into thinking Zapata may be shown the door because of his e-mail.  They reported a false chronology.

According to multiple sources from City Hall, here’s the real sequence of events:

In other words, Zapata’s e-mail did not precipitate agendizing his dismissal, contrary to what the Voice of OC article misleadingly and deliberately implies.

Scoop: Anaheim’s city manager offered to take pay cut during coronavirus crisis, and in a memo proposed the same for tourism industry execs who make hundreds of thousands $ in salary. Shortly after, his job came into question.

We can assume the desire to dismiss Zapata has been building for some time, and is not a snap reaction to an e-mail, contrary to what Pho and Custodio write. It’s not unusual for City Councils to change city managers, especially when there’s a change in the composition of the City Council. After Tom Tait gained his own council majority, he forced out the City Manager, the City Attorney and the Assistant City Manager.

By contrast, it has been nearly a year and a half since Sidhu’s election, with a largely supportive Council majority, indicating that Sidhu has given Zapata ample time to prove his worth.

Voice of OC Inaccurately Describes Visit Anaheim
Custodio and Pho also described Visit Anaheim as “the hotel tax-funded advertising arm of the resort industry.” That misleads readers into thinking Visit Anaheim receives general tax revenues from the city, which isn’t true. Visit Anaheim is funded by private memberships and a portion of Anaheim Tourism Improvement District revenues, which is a fee that participating Resort businesses voluntarily assess on themselves.

That’s an important distinction. Custodio has been covering Anaheim long enough to know it.

Burying The Lede
There’s a disconnect between the article’s inflammatory headline and the facts reported in the article. The headline “High Pay for Disneyland Area Resort Promotion Group, Visit Anaheim, Called Out in Email Memo From Anaheim City Manager After City Bailout” is plainly misleading.

Custodio and Pho knew that Visit Anaheim’s executive leadership have slashed their own pay. They also knew that Zapata didn’t know or didn’t bother to find that out before he tried to use cutting their pay in an apparent gambit to save his job. That’s the story.

Instead, they carry Zapata’s water and write a headline that’s at odds with the facts. They then bury those inconvenient facts deep in the article.

Voice of OC’s Lack Of Curiosity About Zapata Disconnect
Custodio and Pho write:

To bolster his point, Zapata pointed out in his memo that, “The required 2019 990 form lists salary, bonus and incentives for all employees of the Visit Anaheim non-profit.  Information provided in these reports listed compensation for the CEO/Secretary at $432,954 which includes a base salary, bonus and incentive compensation and $318,154 for the Senior Vice President.”

Zapata apparently got those figures from a public comment that gadfly Duane Roberts submitted for the March 26 special City Council meeting. And Roberts got his numbers from Visit Anaheim’s Form 990 for 2017.

What’s the old journalism axiom?: “If your mother says she loves you, check it out.”  This stuff isn’t hard to find or figure out.

Not until well into the article do Custodio and Pho report what they learned from Anaheim Chief Communications Officer Mike Lyster, which contradicts Zapata’s assertions about Visit Anaheim:

Anaheim City spokesman Mike Lyster late Friday responded to questions about Zapata’s memo by noting that there have already been cuts to Visit Anaheim staff.

“In March, Visit Anaheim cut its staff by 55 percent, or from 71 to 32 people. The remaining 32 staff members have all taken pay cuts in the form of mandatory, unpaid furloughs,” Lyster said in a Friday email. [emphasis added]

Asked whether Zapata still supported a reduction in pay for Visit Anaheim executives in light of this information, Lyster said the city didn’t have “anything additional to share.”

You’d think Custodio and Pho would be more curious why Zapata was so in the dark, or why he told his bosses on the City Council that he’d seek cuts in Visit Anaheim pay without first determining if they had already done that? Or why they weren’t curious about why other senior staff were aware of Visit Anaheim’s significant cut backs while the City Manager did not.

Also, its worth noting Visit Anaheim undertook dramatic staff furloughs and pay cuts (heaviest at the top) weeks ago, while Zapata is only now offering to reduce his pay by 10%.

Zapata said he wanted the Council to give him the ability to negotiate with Visit Anaheim and draw up a strict performance review so he can track what the money is doing.

But his concerns were disregarded by the majority.

That is untrue.  The City Council disagreed with Zapata’s request to disburse the $6.5 million in chunks. But contrary to Pho and Custodio’s reporting, the Council did not oppose performance reviews, tracking the money or otherwise tracking and measuring progress and outcomes. The Council gave Zapata authority to negotiate contract terms. The City didn’t just cut a check to Visit Anaheim, but entered into a contract with Visit Anaheim which includes a work plan, reporting provisions and the ability for the City to audit.

Furthermore, the City has two seats on the Visit Anaheim board, and receives regular from reports from the organization.

Which begs the question: why do Custodio and Pho ignore these relevant and critical facts, and instead write stories that mislead the public to believe the opposite?

As I said, it’s been a long time since I chimed in. But the inaccuracies and omissions in the Voice of OC article need correcting. The real story is much different than what the Voice of OC reported. Maybe Pho and Custodio didn’t know all the facts. Maybe reporting all the facts was inconsistent with their preferred narrative. Regardless, their article is inaccurate and misleading.