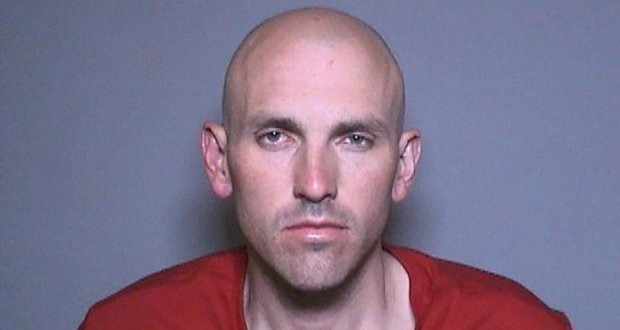 [Editor’s note: this is another example of how the misguided campaign by the social justice Left to abolish cash bail is endangering the law abiding public. It also highlights the strained logic of releasing criminals to avoid the possibility they may contract COVID-19, only to increase the danger of the public being victmized by these criminals.]

Days after appointed commissioner releases him on own recognizance, convicted felon had been released from jail three times in two weeks leading up to attack

SANTA ANA, Calif. – A third strike convicted felon has been charged with multiple felonies for attacking an Irvine police officer while burglarizing a business just days after he was released from the Orange County jail on $0 bail by an appointed court commissioner.

Russell Paul Parsons, 39, of Los Angeles, was released from jail on April 14, 2020 after Orange County Court Commissioner Joseph Dane ordered him released on his own recognizance after Parsons pleaded not guilty to one felony count of 2nd degree burglary and one felony count of felony theft with prior theft of a vehicle.

At that time, Parsons had appeared before Commissioner Dane three times since April 8, 2020 to plead not guilty to a total of seven felonies in connection with three separate burglary and theft cases.

Five days later, on April 19, 2020, Parsons attacked an Irvine Police Officer who was attempting to arrest Parsons for another 2nd degree burglary at a commercial business. The officer was responding to a silent alarm where he encountered a man later identified as Parsons coming out of the business with property. The officer was forced to use a taser to subdue the 6’ 2” 250 lb Parsons in order to arrest him. A sharpened axe head and a combat style knife were recovered.

“We cannot let a global pandemic defy common sense,” said Orange County District Attorney Todd Spitzer. “It is not the court’s responsibility to manage the jail population by letting these career criminals out the front door of our jails and back into our neighborhoods. This officer had to fight for his life against a dangerous criminal who should have been behind bars and not free to commit more crimes. Thank goodness this officer wasn’t seriously hurt or killed by a criminal who shouldn’t have even been let out.”

Parsons is currently being held on $250,000 bail at the Orange County Jail.