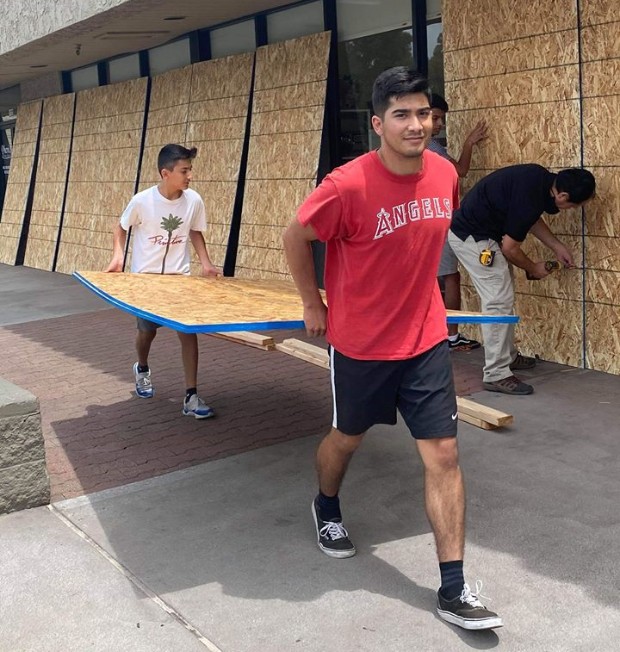 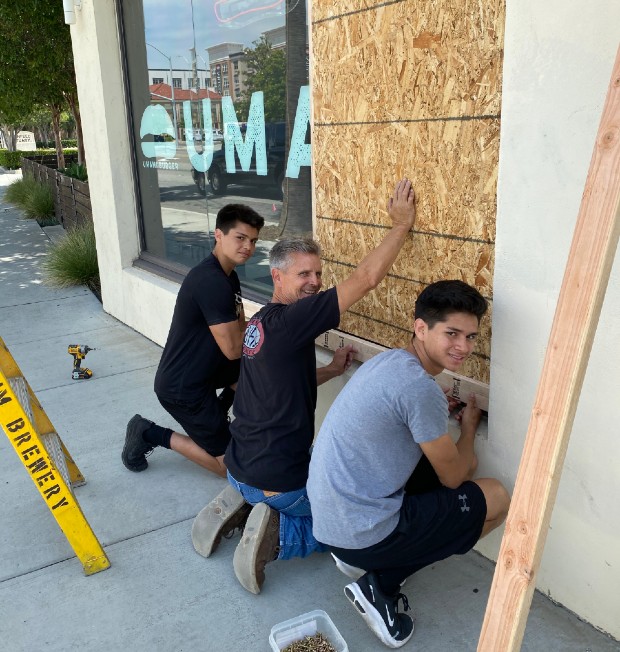 Thankfully, there was an absence of serious damage by violent protesters in the wake of the largely non-violent George Floyd/police brutality protests on Monday evening in downtown Anaheim.  As we’re all aware, in city after city around the country, initially non-violent protests about the horrific murder of Mr. Floyd have degenerated into rioting and looting.

This didn’t happen by accident. If not for an Anaheim Chamber of Commerce-led effort to board-up Downtown Anaheim businesses and local residents standing up against wannabe looters, the violent elements that were present at the largely non-violent protest would almost certainly have inflicted serious damage.

After learning on Sunday that the “Fuck The Police” protest was being planned form Monday evening in front of City Hall, the Chamber began organizing an emergency effort to protect downtown Anaheim business from costly property damage in case the protest devolved into violence.

Chamber staff, a small army of contractors and volunteers, city workers and California Conservation Corps started early Monday morning. Anaheim-based Ganahl Lumber provided pallets of plywood and 2x4s that were used to board up shop windows at the Packing District, the Anaheim Brewery and other restaurants in Founders Park, along the Center Street Promenade and in the Anaheim Town Center. 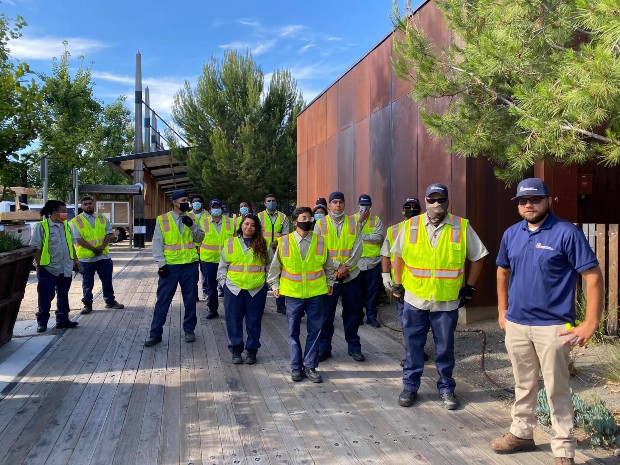 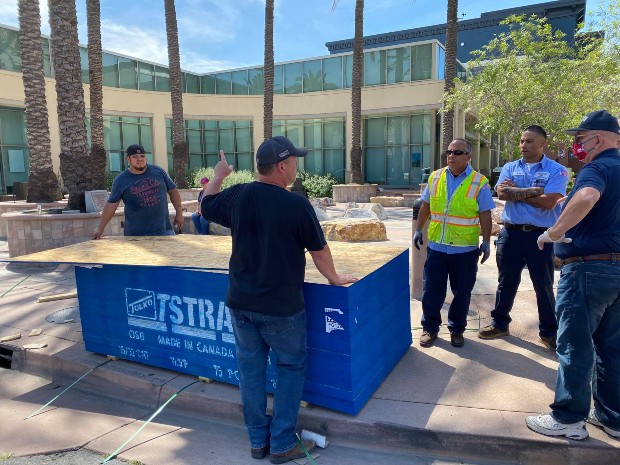 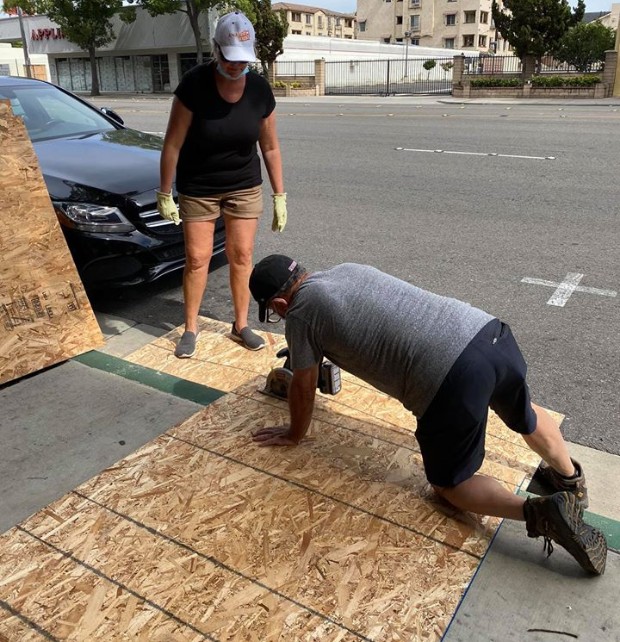 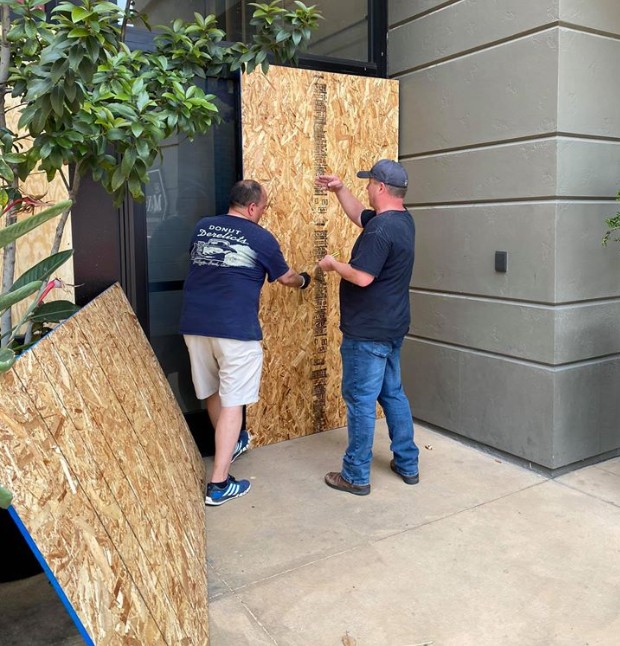 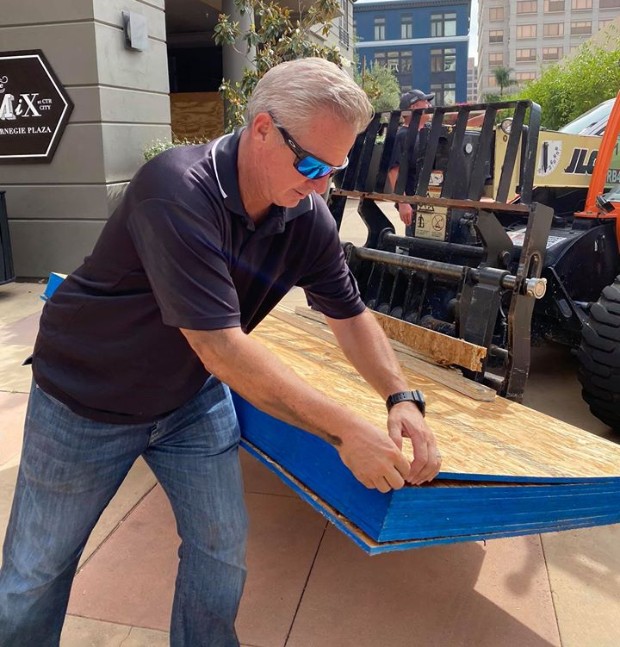 Chamber crews employing drills and hammers were also joined by local residents, many of them youth, wanting to do their part to ensure their community avoided the destruction they were seeing on TV and social media. One store owner tearfully thanked the crews, saying his store had suffered a lot of damage during the 2012 downtown Anaheim rioting.

The owners of the T-Shirt shop used the plywood furnished by the Chamber and Ganahl Lumber to protect their business, along with a contingent of young customers stationing themselves to ward off troublemakers. The LA Times writes more about them here.

As volunteers boarded up the CVS pharmacy, some young men drove by, smiled and said “We got you!”

The owner of the UPS Store in Anaheim Town Center, a soft-spoken Asian immigrant, carefully observed crews racing to finish boarding up his store at the protest gathered steam. He pulled on the 2x4s, which held firm – then paused and asked if they could added one more.

By shortly after 5:00 p.m., Chamber crews had used 1,800 sheets of plywood to shield more than 120 businesses, finishing as the protest was gearing up. 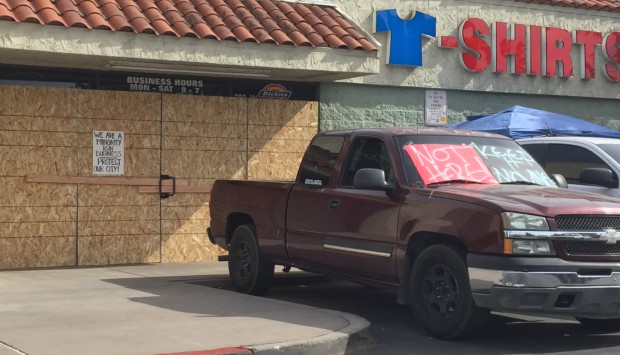 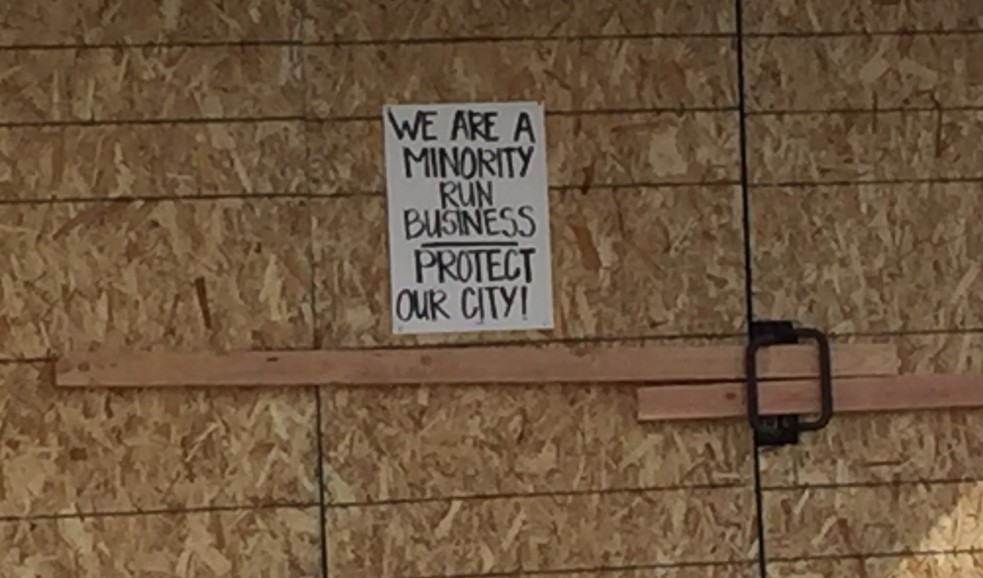 Throughout the day, Chamber crews noticed cars driving by, driven by young with walkie-talkies and taking photos. These were almost certainly advance scouts in search of targets for later in the evening. This is has been modus operandi of antifas in other cities, engaged in highly organized and coordinated destruction and looting.

Protesters still did their best to sow mayhem, spray-painting graffiti such as “ACAB (All Cops Are Bastards) on boarded-up storefronts. 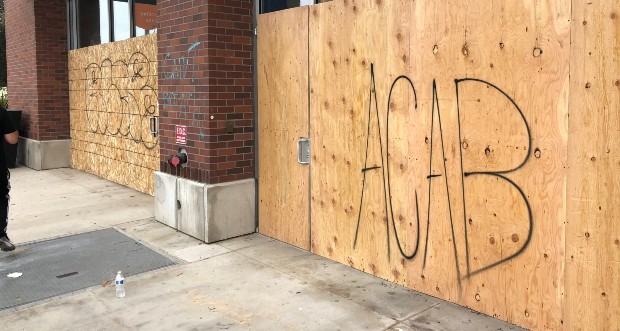 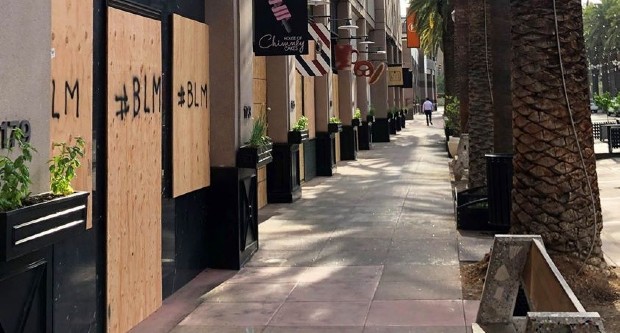 Some antifas used a roman candle as a signal flare, then tried to kick out the plywood from the T-Mobile store in the Anaheim Town Center.

#Anaheim same cholo that got chased away trying to loot #TMobile was lighting up #fireworks nearby boarded up local businesses pic.twitter.com/eq8Sga7vTd

Instead they attracted the attention of a number of Anaheim youth who had stationed themselves to prevent looting and property damage:

#anaheim stupid cholo tried breaking into #TMobile the people of a Anaheim said fuck no and chased off, pussy! Lol #AnaheimStrong pic.twitter.com/f0wh4TFSdP

The antifas found themselves surrounded by a security guard and unamused young Anaheim residents:

That’s what’s up, #Anaheim leading So Cali on taking care of its own community during protest 🦾 #AnaheimStrong https://t.co/WD442PDmAt

What is obvious is efforts by the Chamber of Commerce and individual business owners to board up their storefronts – and therefore deny targets of opportunity to violent protesters – and the vigilance of local residents determined to protect their neighborhoods, made the difference in avoiding a destructive outcome to Monday night’s protest.

And where was District 3 Councilman Jose F. Moreno while District 3 businesses were scrambling to protect their businesses and the livelihoods of themselves and their employees against the danger of a protest gone wrong?