Housing: Will Moreno Let The Perfect Be The Enemy Of The Very Good?

Would you rather live near this?: 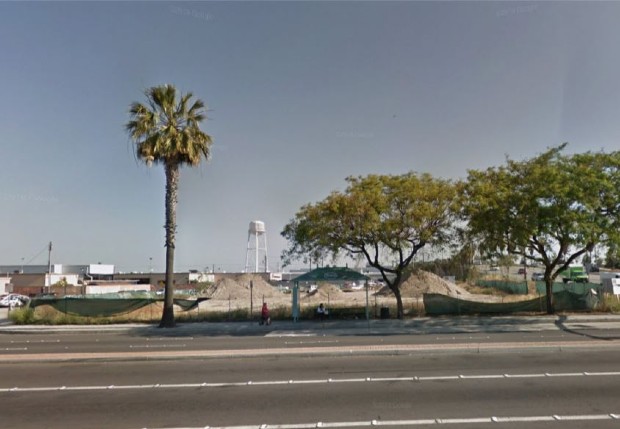 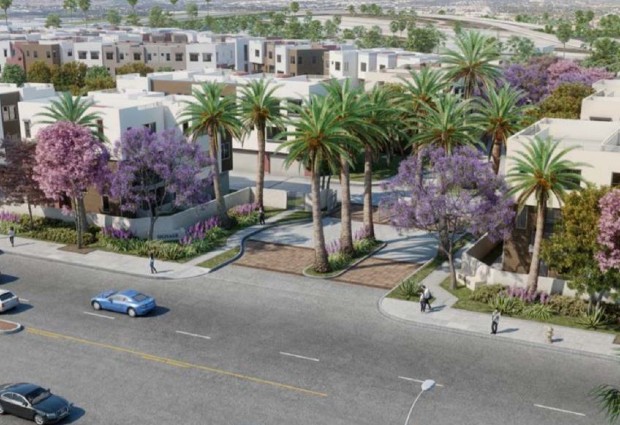 It should be an easy answer.  Common sense dictates the second. And when the Anaheim City Council considers this in-fill housing development on Tuesday, June 9, we’ll see which councilmembers common sense which lean on ideology and politics.

The development in question is called “Lincoln At Loara.” According to the staff report, it consists of 115 attached, single-family, for-sale homes on a 7.1 acre parcel at the corner of Lincoln Boulevard and Euclid Avenue.

85 of the homes are 3-bedrooms, and 30 are 2-bedrooms. They range in size from 1,450 to 1,900 square feet.  All have two-car garages on the first floor. They will be priced around $550,000, which puts them in the “attainable” category of affordable housing. According to various real estate websites, the median home price in Anaheim is between

The in-fill project will be gated, with about 50,000 square feet of recreational area that includes a community pool, spa, club house, BBQs, etc., plus a community park and three “pocket parks.”

The developer is funding street beautification of Lincoln Avenue between Euclid and Loara (although they’re only obligated to beautify directly in front of the project). The project will also generate $2 million in impact fees.

The project site is a blighted area. When Lincoln At Loara is completed, it will be significantly less so. There will be 115 new family homes available at significantly below the median home price. Those are desirable, positive public policy goals.

The Planning Commission saw it that way, voting 5-2 in favor of it.

“If you are restoring something you do the worst first and this is one of the worst areas we have in Anaheim, so this is going to be huge,” commented Commissioner John Armstrong.

The Usual Moreno Attack
One doesn’t have to me a psychic to predict how Councilman Moreno reaction. If past is prologue, he will try to badger the applicant into including low-income housing units – at the very end of the entitlement and approval process. If the property owner doesn’t accede to his demands, Moreno will vote against it – regardless of real-world factors militating against his demands. He’ll probably find a way to inject the recent wave of protests into the discussion.

This has been Moreno’s pattern since taking office, with the notable exception of an Anaheim Hills development with an affordable component: Moreno couldn’t resist the opportunity for political mischief in the political backyard of Mayor Harry Sidhu and Councilman Trevor O’Neil, and sided with NIMBYs in opposing this project.

Everyone recognizes the need to produce more housing that is affordable for people at the lower end of the income spectrum.  But Moreno’s credibility on the subject is undermined by his failure to address the real causes of this shortage. He repeatedly characterizes the affordable housing shortage as a market failure, when it is a public policy-created shortage.

The market successfully produces a whole range of affordable necessities: like food, or automobiles.  Common sense and experience suggests the reasons behind the affordable housing shortage lie elsewhere.

Years of progressive policy-making from Sacramento has made home-building so expensive that lower-income residential projects are not financially feasible. If building low-income housing were profitable, the market would produce it; the demand is there.

Councilman Moreno knows this – or has at least been told us much at past council meetings by staff and building industry experts. It’s no accident the same home costs twice as much to build in California than in other states. If the goal is to increase the supply of affordable housing, common sense dictates reducing the cost of doing so – and that entails clearing away the reducing and rationalizing the thicket of costly regulations. Moreno’s preferred tool is forcing developers to set-aside a percentage of units for low-income housing. In effect, he’s asking developers to those units at a loss and make up the loss by jacking up prices on other homebuyers in development. Or eating the cost. Somebody (not Moreno) pays for it.

This “So let it be written, so let it be done” approach to affordable housing doesn’t allow for meaningful progress in building up the supply of affordable housing. It robs Peter to Paul by forcing most homebuyers to pay artificially higher prices for their homes, or it forces the developer to take a loss. Furthermore, it fails to deal with the real reasons for the affordable housing shortage: well-intended but self-defeating policy making by state officials.

It’s unfair and unjust for Councilman Moreno to use developers, who bring needed housing product to the market and improve blight areas in the process, as whipping boys for an ineffective political agenda that avoids genuine affordable housing reform. Or maybe he’ll act against type and advocate for real policy reform.

We’ll see. Meanwhile, the council would be wise not choose common sense over politicking and embrace this opportunity to improve a blighted area and add 115 new homes at below the city’s median home price.