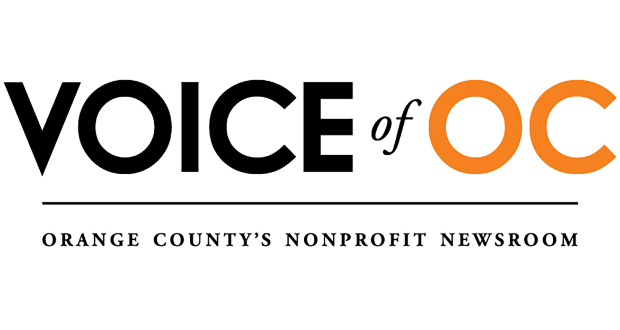 It’s always curious when a media outlet creates a news story when there’s so much real news to report on. Case in point: yesterday’s Voice of OC article on COVID-19 in Anaheim and Santa Ana. Reporter Spencer Custodio tried to inflate what are basically stylistic differences between Anaheim Mayor Harry Sidhu and Santa Ana Miguel Pulido into substantive policy differences, while – naturally – painting Anaheim Councilman Jose F. Moreno as the caring voice of reason, crying out in the wilderness.

In essence, the Voice wants Sidhu to talk more about the rise in COVID cases – which is not isolated to Anaheim – and less about positive long-term developments for Anaheim like newly unveiled economic development projects by the Angels and the Ducks that will create thousands and thousands of jobs, increase the city’s housing supply and generate a large and permanent tax revenue stream.

As always, context is in order.

The COVID-19 pandemic is serious business. At the same time, context is also in order. Panic serves no purpose.

Everyone is concerned about new cases. The Voice and Jose Moreno have no monopoly on that market.

But let’s acknowledge some facts. The city reports updated COVID data on the city website on a daily basis. No one is hiding facts or spinning a false narrative. That is a narrative being spun by a desperate Jose Moreno in his quest to capture a council majority in November.

COVID-19 is widespread in Anaheim. And that is also the case virtually everywhere else in Orange County and Southern California.  People need to be diligent and follow common sense guidelines that have been urged from the beginning of the pandemic: social distancing, frequent had washing/disinfecting, etc.   Wear a face mask when out in public is also recommended and the vast majority of people are doing so without the prod of an unenforceable government mandate. This is just common sense. Let’s remember that at the beginning of the pandemic, the general public rushed to procure face masks, but were told by experts in the media that face masks actually made us more vulnerable.

The data confirms what common sense already tells us: COVID raises unique concerns for certain demographics such as the elderly, those living in skilled nursing facilities, and people in densely populated neighborhoods.

The data also confirms what common sense also tells us: the ZIP codes with the highest populations also have the most COVID cases.

Approximately 360,000 people live in Anaheim. according to the data, the city’s COVID-19 infection rate is 0.6 percent. Of course, we all wish the infection rate was zero, but 0.6 doesn’t equate to COVID “raging” through the city – the Voice’s excited description – and thankfully so.

Furthermore, the rise in cases is not unique to Anaheim or any other community in the state.  The rise stems from the confluence of community spread, increased detection via testing and more people coming into contact with each other as the state re-opens.

The media is alarmist by nature. And important context that is generally missing from local press coverage is that according to the data, 93.5% of Orange Countians who have contracted COVID have recovered at home. 2.38% of OC coronavirus patients have been hospitalized in non-intensive care, and another 1.39% in ICU.

This does not minimize the danger and pain of people who must endure a serious infection. None of want that for anyone. But it offers perspective when too much media coverage and politician posturing induces exaggerated and unhealthy fear.

Until there’s a vaccine, the reality is we have to carry on our lives while exercising diligence and common sense.

We also cannot shut-down the economy again. As Anaheim’s fire chief told the city council this week after Moreno extended posturing, we locked down the state and it failed to prevent COVID from spreading.

What Anaheim and the state cannot afford is another shutdown. Governor Newsom was correct when he recently stated:

Voice Turned Blind Eye To Moreno Hypocrisy
Given how earnestly Moreno tries to position himself as being the most concerned about public health and containing COVID, the Voice of OC would bring traditional journalistic skepticism to bear. After all, a few weeks ago Moreno organized a protest at La Palma Park on June 1. The District 3 councilman and several of his core political supporters brought hundreds of students to gather, literally shoulder to shoulder, at La Palma park in complete disregard for social distancing, which the CDC calls ” the best way to reduce the spread of coronavirus disease 2019 (COVID-19).”

Here’s a photo of the Moreno-organized protest. Note the official City of Anaheim sign in the background urging “Let’s All Do Our Part”  for public health and “Keep Six Feet Apart”: 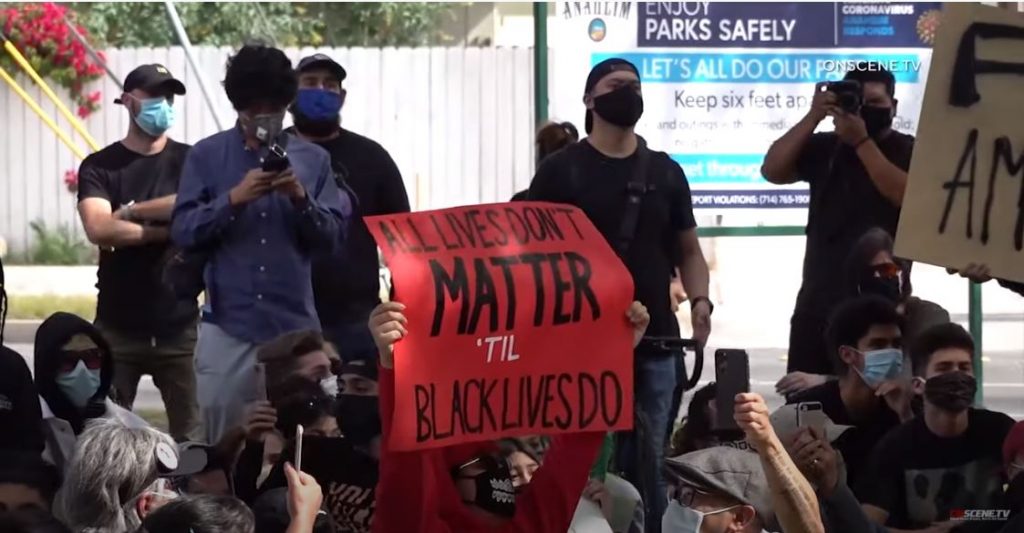 Oh well. One set of rules for the Progressive Elect, and another set for the rest of us.

Time after time after time at the June 23 council meeting, Moreno pontificated that public health must be the number one concern while trying to vilify Mayor Sidhu as less concerned with the people’s health than St. Jose.

If Moreno really believes his own rhetoric, then why did he organize hundreds and hundreds of young Anaheimers to gather in close proximity to each other at La Palma Park – in violation of the public health guidelines posted in plain sight by the city who helps govern? Because he doesn’t believe it. Was that protest necessary? Did their “movement” depend on it? There have been dozens in Orange County, and they continue to be organized (additional examples of how progressive pieties about “Stay Home – Stay Safe” give way to more urgent political priorities).

And don’t hold your breath for the Voice of OC to report on the particular COVID hypocrisy of leftist politicians like Moreno and Al Jabbar, or the cognitive dissonance of progressive activists who denounced regular folks who demonstrated for re-opening, but flout social distancing (and often mask-wearing) to wave “ACAB” placards at protest after protest. That might alienate the readership the Voice of OC courts with its adulatory, uncritical coverage of the protests and their young progressive organizers.

What his actions – and those of his progressive Left confederates – say is that their need to organize a George Floyd/anti-police protest justified putting those young people at risk of infection by COVID. Their need to exploit the political moment outweighed concern for public health.

Given those facts, when listening to Moreno’s COVID sermonizing and finger-pointing, one can’t help wonder: does he lack self-awareness? Is it pure cynicism? Garden-variety political hypocrisy? Or all of the above?