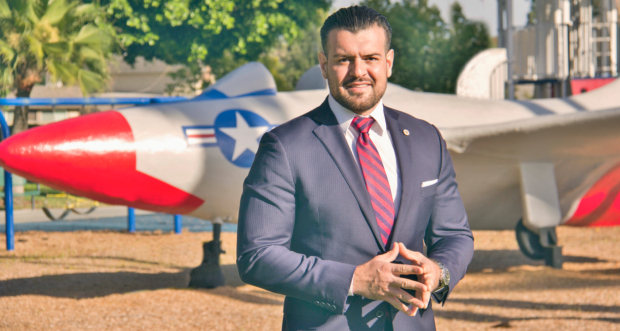 The Avelino Valencia for Anaheim City Council campaign announced the Democratic Party of Orange County has endorsed his candidacy for the District 4 council seat in the November 2020 election.

District 4 is currently represented by Councilwoman Lucille Kring, who is termed out.

An affirmative two-thirds majority of OC Democratic Party Central Committee members is necessary for an endorsement – a significant hurdle.  Valencia’s success in securing it is significant in that a super-majority of Central Committee members chose him over Anaheim Union High School District Trustee Annemarie Randle-Trejo – a close political ally of Councilman Jose F, Moreno – who is also running in District 4. According to sources, Moreno spoke against the endorsement, as did Moreno allies such as NOCCCD Trustee Ed Lopez. Moreno’s goal is tio take control of the city council this November, and he was reportedly furious about the DPOC’s action: as a DPOC Central Committee member, he cannot endorse against the party’s choice.

Valencia is an Anaheim native and chairman of the city’s Budget, Investment and Technology Commission, and serves as Principal Representative for Assemblyman (and former Anaheim Mayor) Tom Daly.

The partisan breakdown of District 4 voter registration is 49.6% Democrat, 24.1% No Party Preference and 21.3% Republican.