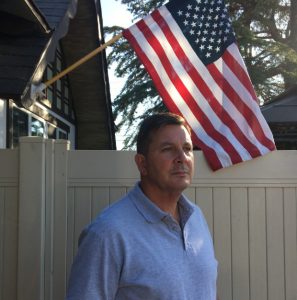 Another aspirant to represent District 1 on the Anaheim City Council has thrown his hat into the ring: Jose Diaz.

Diaz is a Cuban immigrant who has lived for the last 21 yeas in Anaheim, where he and his wife have raised their four children. He works for the City of Orange, where he manages the Water Division of the Public Works Department.

Diaz has an unusual and inspiring coming-to-America story. He grew up in the imprisoned island of Communist Cuba, under the Castro regime. In Cuba, he was a teacher. Desiring to escape Communism and find freedom in the United States, Diaz and five others spent months secretly building a catamaran-shaped raft out of foam rubber. They set out to sea at 2:00 a.m. in May of 1995, initially paddling for 12 hours straight. After 38 hours at sea, they were picked up by the U.S. Coast Guard and brought to the U.S. Marine Corps base at Guantanamo Bay, Cuba. He was interned at the base for nine months, where he worked odd jobs, worked on his English and educated himself on America.

“[Base personnel] treated me like one of them,” Diaz recalled in a news story from the early 2000s. “They were all buying me lunch and trying to keep me happy. Americans are friendly people. If you show that you are doing your best they will support you; it doesn’t matter who you are.”

Catholic Charities sponsored him to legally enter to U.S. He worked as a bus drive, a truck driver, and a warehouse supervisor. He attended trade school and become a diesel mechanic. He married his Betty in 1998 and moved to California, and soon after got a job in the Public Works Department of the City of Tustin, moving up from maintenance worker to supervisor for Tustin’s Water Division.

In 2000 became an American citizen. in 2011, he earned a Master in Public Administration from Cal State Long Beach and was hired as manager of the City of Orange’s Water Division.

Diaz values humility and hard work: “Never assume you have all the answers, the ultimate solution, or that you are the smartest person in the room. Remember that being humble goes a long way.”

He is also proud of his immigrant heritage and in the aforementioned news story reflected on the lessons of his immigrant experience: “Just try to get involved with the society. First, learn to speak English, then go to school and learn to write English. Learn to be a good citizen. There will always be people who want to help. America is a place where everybody can succeed if they have the will to.”

District 1 is currently represented by Councilwoman Denise Barnes, who was narrowly elected in 2016 with the imprimatur of then-Mayor Tom Tait. Last week, she filed to run for election. In June 2020, Barnes, a life-long Republican, changed her party registration to Democrat; the Democrats hold a 25-point registration advantage in District 1.

Also running in District 1 is Ryan Balius, another long-time West Anaheim resident and the District 1 representative in the Anaheim Parks and Recreation Commission. Balius is a Republican.